Due to limitations, military honors during burial, including military members’ folding of the flag and the playing of taps, are on hold. 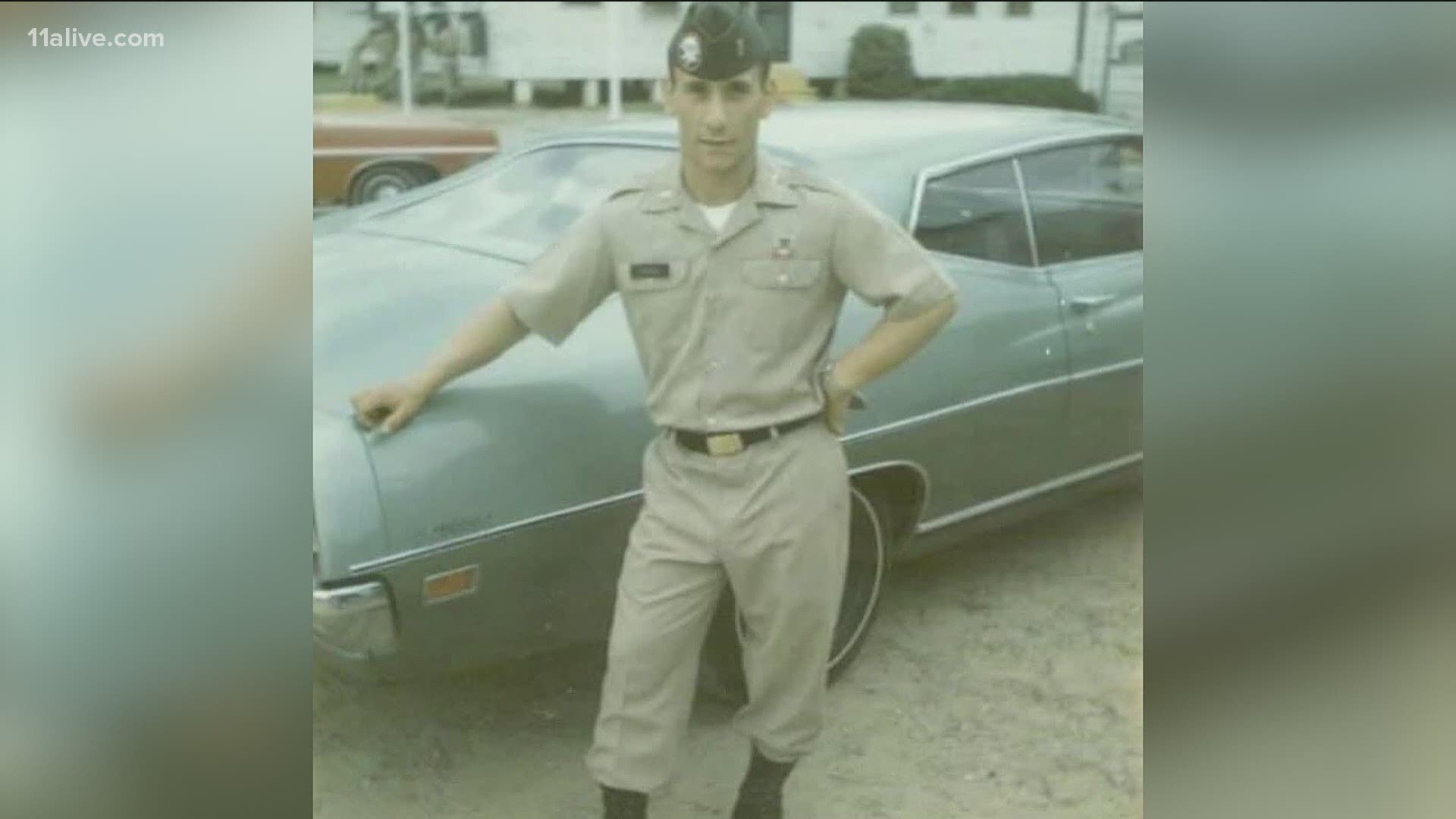 ATLANTA — There is a large and growing backlog of veterans who have died during the coronavirus pandemic awaiting proper military funerals.

In most cases, because of restrictions on gatherings, no one beyond immediate family has been allowed attend veteran burials. Due to those limits, military honors during burial, including military members’ folding of the flag and the playing of taps are on hold.

“It's just been truly horrific, you know, waiting for the funerals to get that green light,” said Teresa Fuoco.

Her father, Colonel Samuel Fuoco, died of complications from COVID-19 on April 3, 2020. Sam Fuoco was a decorated veteran who spent more than 37 committed years in the Active Army and the Army Reserve.

He was awarded a Bronze Star, along with numerous other medals and recognition throughout his military career.

“He just was just so proud to be in the military, to be an American,” said Teresa, the oldest of his five children.

RELATED: Changes in military recruiting may endure after coronavirus pandemic

In an oral history interview filmed in 2015, Sam proudly showed off a room of memorabilia from his military career.

“This room displays all my various awards and decorations over the 37 and a half years I was in the service,” he’s recorded saying.

He then pulls from a drawer a book his daughter, Teresa, sent him during his year-long combat tour in Iraq.

“Why a daughter needs a dad,” he read, angling the book toward the camera and interviewer.

“One of the items Teresa sent me,” he said proudly. “It talks about, ‘a daughter needs a dad to be the history of her family for her own children.’”

“We we're very close, me and him,” Teresa said. “He still had so much to do, and he'd been through so much, and for COVID to kill him is just, it's just indescribable.”

Also indescribable, she said, was the realization her father wouldn’t receive a proper military service due to coronavirus funeral restrictions. Their choices: to bury him with no more than 10 guests watching at a distance, or to wait for restrictions to be lifted.

The Fuoco family decided on the latter; steadfast in the knowledge Samuel would have wanted a proper military send off.

“My dad always explained it beautiful it is,” Teresa said. “He's touched by the taps and when there's guns shooting, he always got emotional.”

“If we had to wait for two, three years, we would. That's what we will do. He deserves that,” she said. “We will wait. For him to get less than that would be something that us five children couldn't live with.”

Fuoco is on a growing list of more than 3,000 veterans who are still awaiting a military funeral service. Teresa admits the waiting is hard on her family.

“We haven't had closure,” she said. “Because of the people not listening and the rising of numbers again, I believe that that might be, you know, postponed again. Once we have this closure with that proper funeral, then we can kind of try to heal.”

The pain of waiting is why many veteran’s families say they chose not to.

“We were able to stand by our cars, basically and watch them drop the casket into a hole,” said Natalie Franklin. Her father, Nathaniel Gantt, an Army veteran with service dating to Vietnam, died from COVID-19 in April.

Franklin said her family decided to proceed with his burial service the week after his passing, even knowing full military honors could not be offered.

“The funeral was very informal and surreal,” she said. “No military, anything. I want to say they played taps on their cell phone, I guess for our benefit. And then the funeral home had already folded up the flag and just handed it to me.”

Franklin said her family simply couldn’t stand the pain of an indefinite wait before they could say their final goodbye.

“It’s very unfortunate that, once again, our veterans are forgotten,” she said. “Now you're just a number on a list.”

11Alive producer, Maddie Ray, lost her grandfather on April 9, 2020. CSM Retired Thomas Ray, 82, served 29 years in the U.S. Army as a paratrooper in the 82nd Airborne division. He served two tours in Vietnam, where he earned a Legion of Merit and Bronze Star Medal. He later retired after 16 years as a defense contractor at Fort Benning, Georgia.

Ray was a part of the prison ministry at his church and started a non-profit, the Honor Project for Veterans at Columbus Hospice. He is still awaiting a full military honors funeral service.

As funeral restrictions begin to lift in the US, the VA said military services will slowly begin for the veterans on the waiting list.

All veterans who have passed during the pandemic will be eligible for a full military service. More information here.