Crow and the former U.S. secretary of state were among those calling on the government to use all available assets to evacuate U.S. partners and allies. 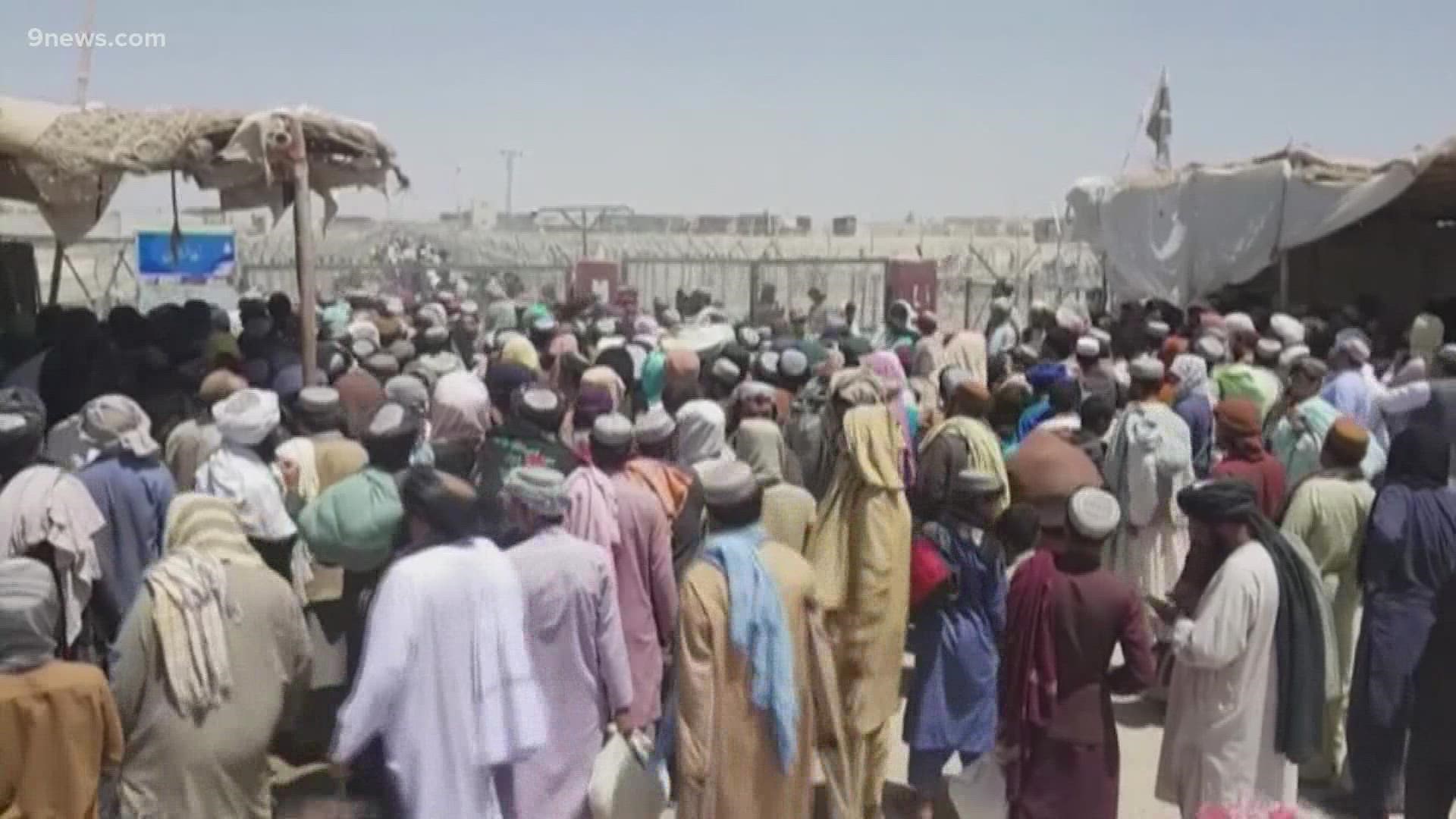 Crow called on the United States to use all available assets to evacuate U.S. partners and allies.

"Our message is very simple," Crow said. "Send the troops in, the resources and the combat power necessary to secure the airport as long as necessary to get the job done to get American citizens, and our friends and partners, out."

Crow is a former combat veteran who served in Afghanistan. While he said there will be time in the future to debate what went wrong in the previous years and in recent weeks, he made it clear that what's unfolding in Afghanistan did not have to be the reality.

"That’s why a very broad, partisan group of us since April have been very clear, that we should have started this evacuation months ago, and had we done that, tens of thousands of folks could have been brought to safety. It could have been done deliberately and methodically, and we think that that was a missed opportunity."

"Our focus today, and in the days ahead, needs to be squarely on saving lives," Albright said, a sentiment echoed by Crow who was adamant that keeping the airport open is a priority.

Albright  focused on a new generation of leaders that have worked to improve the country including women's rights activists, independent journalists, anti-corruption crusaders and democracy advocates.

"Most of these people did not work directly for the U.S. government, or for our NATO allies, but their lives are now imperiled by the Taliban's advance, and they need to be evacuated from the country before it's too late," Albright said.

RELATED: Taliban take over Afghanistan: What we know and what's next

As U.S. troops leave Afghanistan, the Taliban, with ease, took control of the country and dethroned the country's Western-backed government. The Taliban swept into Kabul on Sunday after President Ashraf Ghani fled the country, bringing an end to a two-decade campaign in which the U.S. and its allies had tried to transform Afghanistan.

Residents raced to Kabul's international airport, where the “civilian side” was closed until further notice, according to Afghanistan’s Civil Aviation Authority. The U.S. military and other Western forces continued to organize evacuations.

President Joe Biden said Monday that he stands “squarely behind” his decision to withdraw U.S. forces from Afghanistan and that the government's collapse was quicker than anticipated.

Over the weekend, Biden stayed at Camp David and was scheduled to stay there through Wednesday; however, due to the rapidly changing situation in Afghanistan, the White House announced he would return to the White House by Monday.

The U.S. Embassy has been evacuated and the American flag lowered, with diplomats relocating to the airport to aid with the evacuation. Other Western countries have also closed their missions and are flying out staff and nationals.