This year's event will take place virtually in Denver on Wednesday, just ahead of Memorial Day. 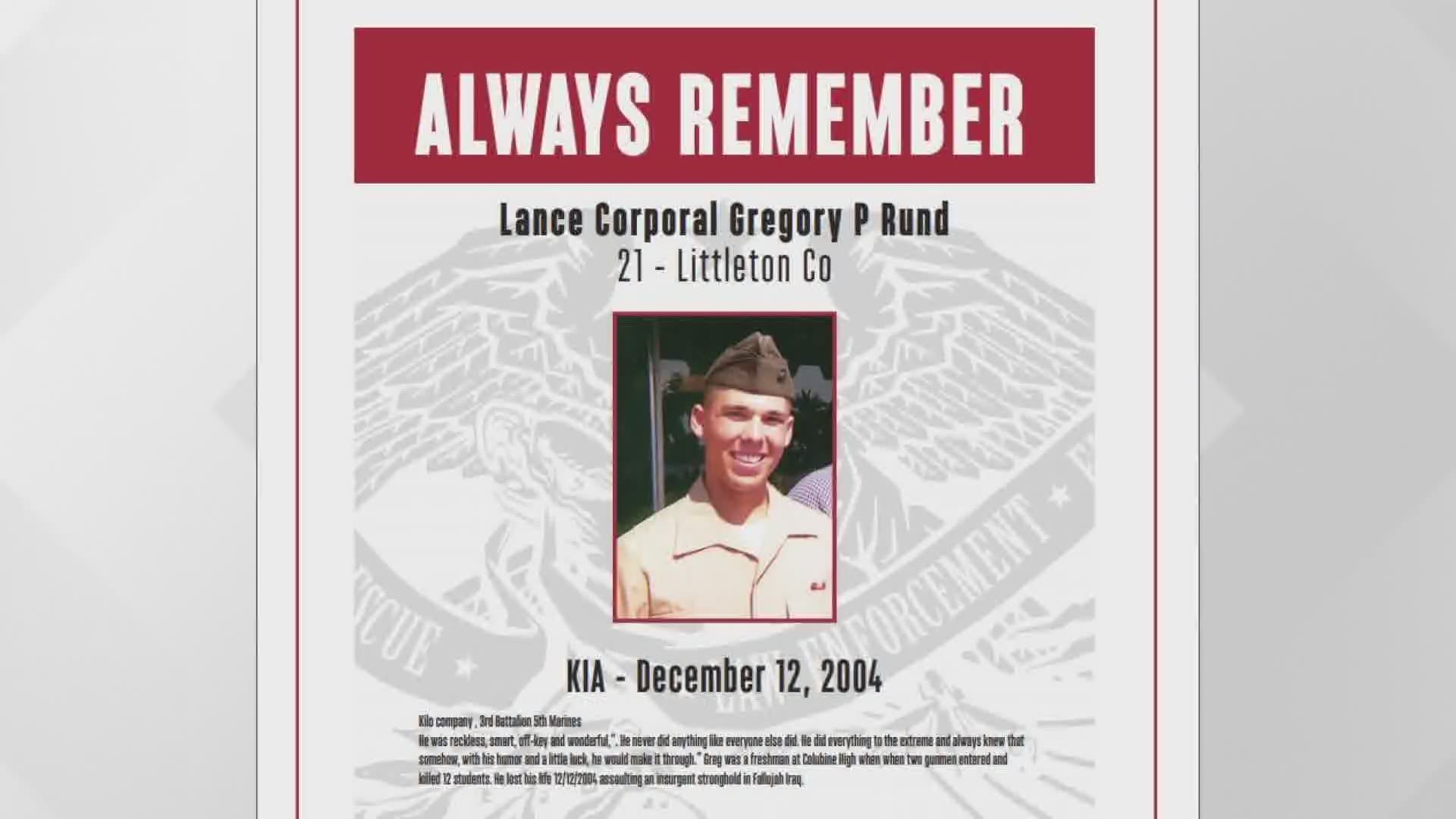 DENVER — A national relay and city rallies will take place virtually to honor those who have sacrificed for freedom — the Denver relay will take place Wednesday, ahead of Memorial Day.

Carry The Load — a non-profit that provides active ways to connect Americans to the sacrifices made daily by our nation’s military veterans, first responders and their families — organizes the relay.

Participation in the event includes doing something each day to honor a hero. Ideas include:

This year, the "Memorial May" virtual Denver relay will be honoring the hero of the day, Lance Corporal Gregory P. Rund, who served in the Kilo company, 3rd Battalion, 5th Marines.

According to a Carry The Load memorial of Rund, "He was reckless, smart, off-key and wonderful. He never did anything like everyone else did. He did everything to the extreme and always knew that somehow, with his humor and a little luck, he would make it through. Greg was a freshman at Columbine High when two gunmen entered and killed 12 students. He lost his life [Dec. 12, 2004] assaulting an insurgent stronghold in Fallujah Iraq."

Veteran U.S. Navy SEALs Clint Bruce and Stephen Holley in 2011 founded Carry The Load to restore the true meaning of Memorial Day. The first Carry The Load event featured a 20-hour and 11-minute Memorial March that took place on Memorial Day in Dallas. Since the non-profit's conception, $25.2 million has been raised to support the foundations three programs: awareness, continuum of care and education.