The President said the hospital ship will leave Norfolk on Saturday to assist New York in responding to the coronavirus. 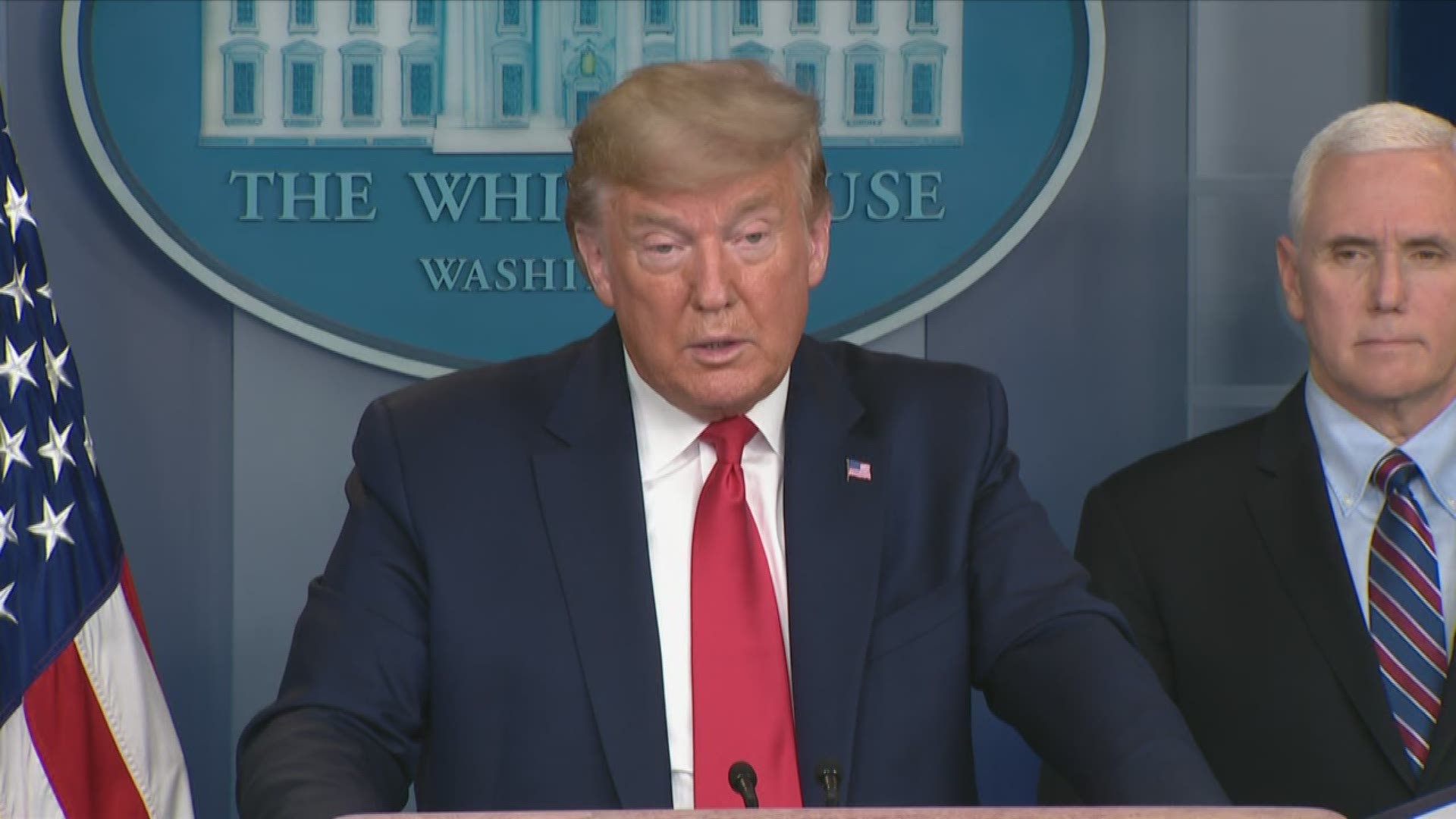 The Comfort's deployment comes as New York City-area hospitals are clearing out beds, setting up new spaces to triage patients and urging people with mild symptoms to consult health professionals by phone or video chat instead of overrunning emergency rooms.

The Navy originally estimated that it could take weeks for the Comfort to be ready as work was being done "to complete scheduled maintenance cycles and identify necessary medical staffing to deploy as soon as possible."

Acting Navy Secretary Thomas Modly said Thursday that the timeline was "accelerated" and the ship would be ready to go by the weekend.

Trump later clarified it would be Saturday, March 28.

"So it's going to be leaving on Saturday rather than three weeks from now," Trump said at a COVID-19 task force news conference.

Adding that he would be in Norfolk for the ship's sendoff, Trump said, "I think I'm going to go out and... kiss it goodbye."

In a statement, the White House said the Comfort would bring over 1,200 medical personnel and critical supplies to treat non-coronavirus patients in an effort to conserve hospital capacity in New York City.

"As the USNS Comfort weighs anchor and leaves Norfolk Naval Station, home to the most powerful fleet in the world, she does so to embark on one of the most important assignments of her storied career: serving the American people in this great hour of need," the White House press secretary said.