Though it may be decades overdue, the families say they are still honored even though their soldier has already passed on. 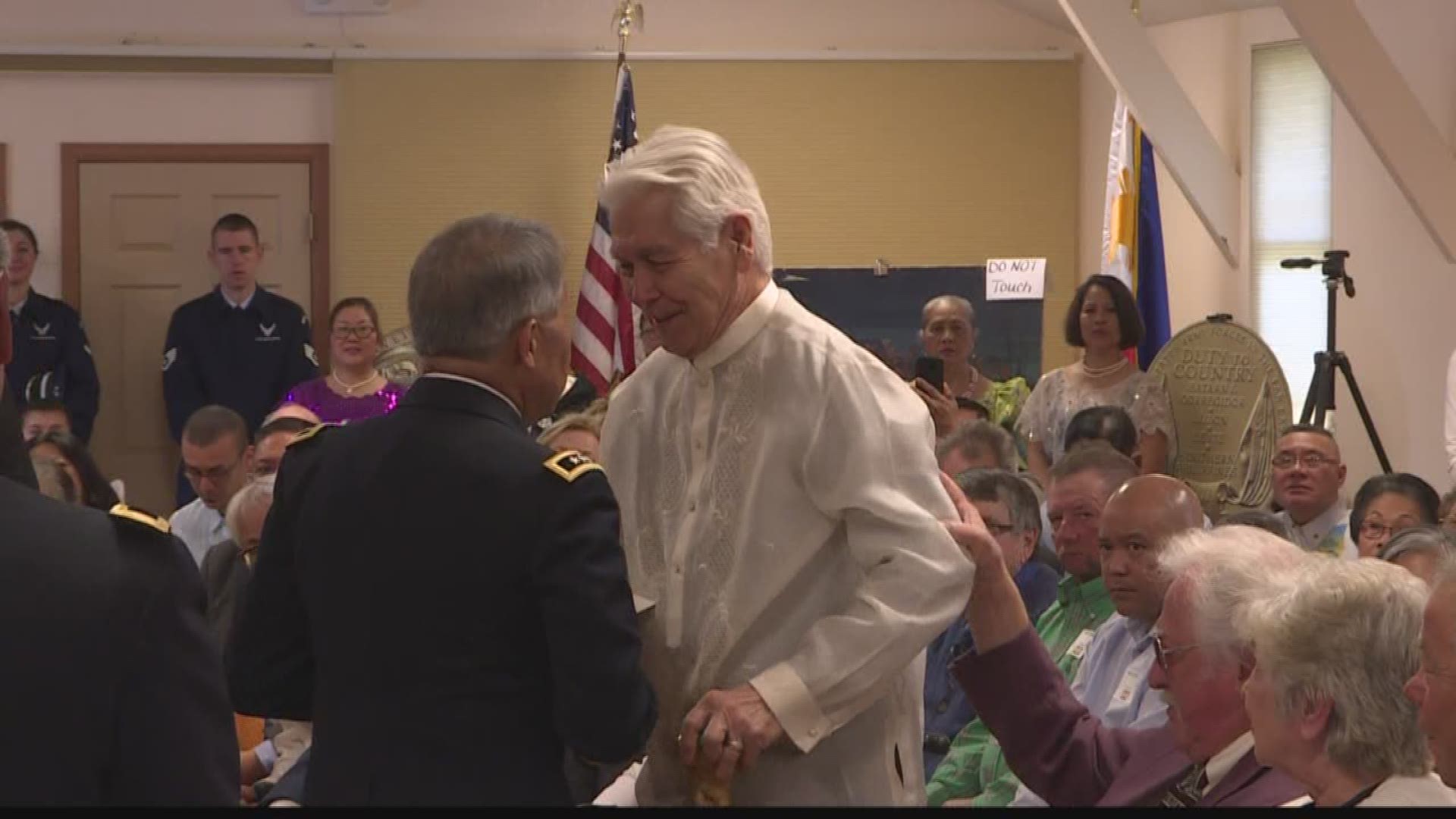 EDGEWATER — For more than two years now, Mike Simbre has been getting ready for this ceremony.

He was part of a national effort to get Filipino World War II veterans officially recognized by the United States. At the time, the Philippines was an American commonwealth and local Filipino soldiers fought the Japanese for the U.S. Army.

But, in 1946, President Harry Truman signed into law the Rescission Act which took away their rights as veterans.

"The law declared that those in the Philippines Commonwealth Army who fought with Americans and Philippine-Americans were not classified to have served active duty," General Antonio Taguba, U.S. Army, said.

No benefits, no honors until President Barack Obama signed a bill recognizing Filipino veterans. That law led to a ceremony in Edgewater at the Filipino-American Community of Colorado center where 27 Colorado families receive the Congressional Gold Medal.

"Congress should have done something beforehand," Simbre said.

Congress waited so long that all 27 of the Colorado recipients have already died. The medal was accepted by family members like 101-year-old Theresa Acosta.

"So, today is a glorious moment," Jaime Yrastoza, said.

Yrastoza accepted the medal on behalf of his father, Gregorio Yrastoza who served as a doctor for the U.S. military in the Philippines.

"This country although it took 75 years, has found a way to be true to their core," Yrastoza said.

Though it may be decades overdue, the families say they are still honored even though their soldier has already passed on.

"We can't undo the wrong," Simbre said. "We can only honor them and recognize them."