It's a new way to address sexual harassment at work and it doesn't include those old school slide shows. It's a comic book and its creators say it can help you define the line, that shouldn't ever be crossed by coworkers. 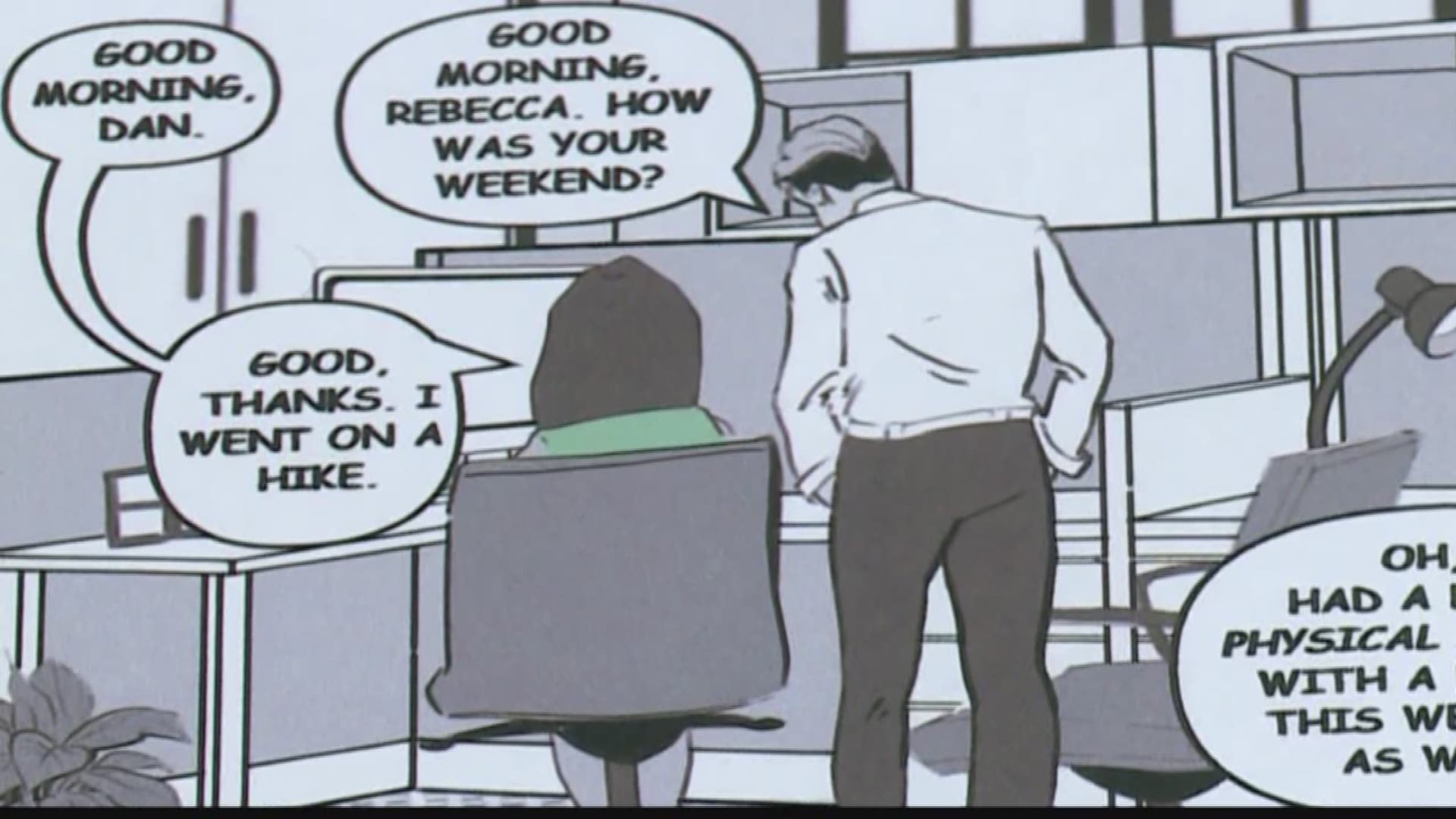 Tina Todd is just one half of her business. The other half is Nikki Lachar. Together they make up Simply HR, a human resources firm out of Fort Collins.

They’ve been a duo for years. They met at a previous job a few years ago, started a business together and they’ve even faced workplace sexual harassment together.

"In the moment I felt uncomfortable. It was a situation that happened frequently,” Todd said.

It's one, they say happens to more than 70 percent of women aged 18 to 34 in the workplace. So, they decided to create a new training tool, a comic book called Define the Line.

"We want to change that culture and really address situations as soon as they occur so that we can change the outcome,” Todd said. "Most of the harassment trainings, in fact, that are prepared and presented today are still using information from the 80's and 90s. So they haven't evolved as our workplaces have evolved."

"We want to make the story relatable for the readers…whether they're a victim of harassment or if they've been a bystander at some point,” Todd said.

"Primarily sexual harassment training has been created by men and you can tell sometimes when you watch a sexual harassment training video that this doesn't feel like I'm identifying with any piece of it,” Lachar said. "So bringing in that woman's voice is going to shed light to this is what we experience in the workplace sometimes on a daily basis."

They hope this new comic book will change an old way of thinking.

"If we can change one person's behavior and then they can feel empowered and have that courage that would be enough for me,” Lachar said.

If you would like to support the Define the Line project, click/tap here.