What counts as a medical exception to Washington's mask requirement?

Masks are required in most public settings in Washington, with some exceptions. 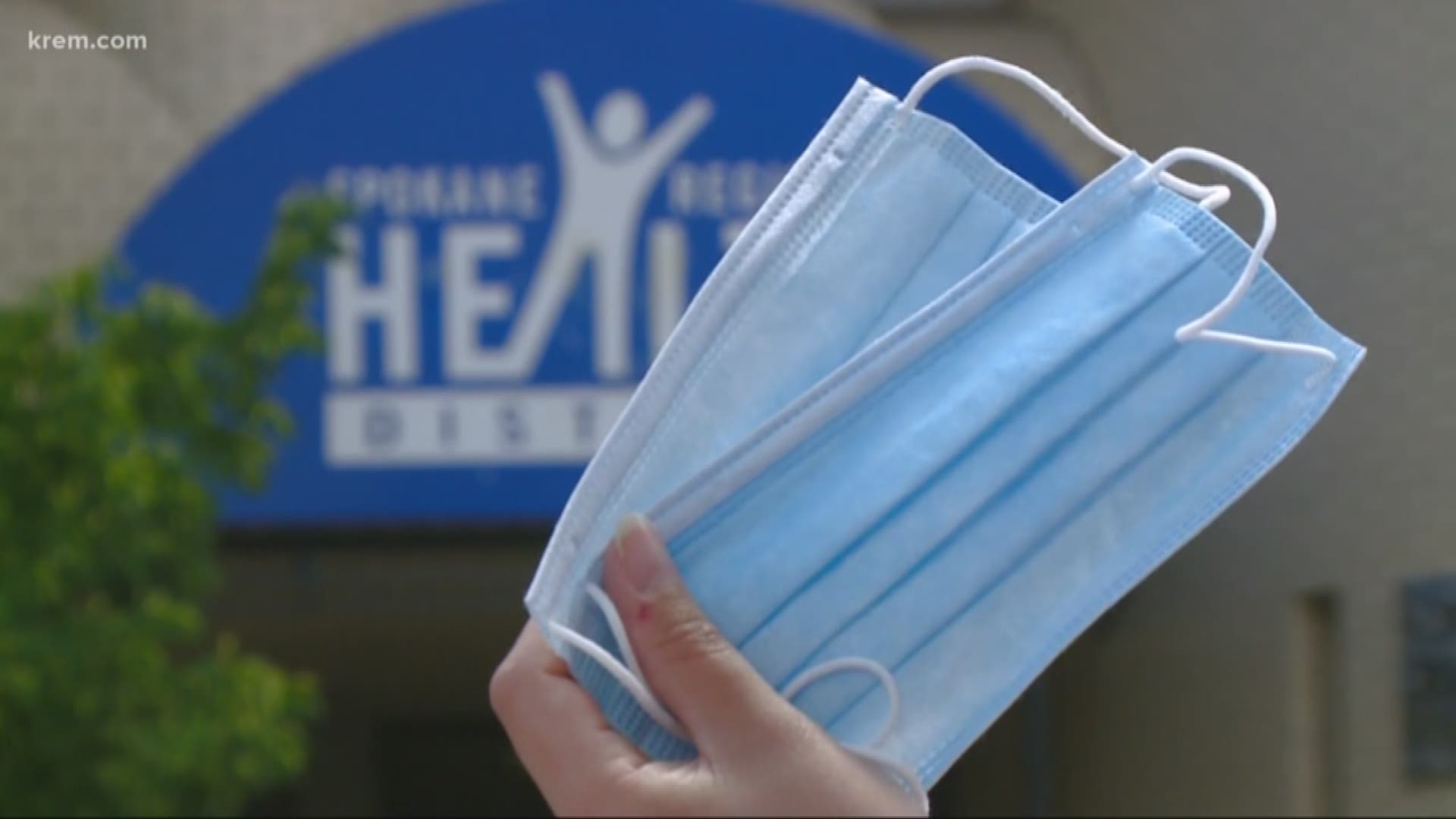 SPOKANE, Wash — Wearing a mask is one of the easiest and most effective ways to prevent the spread of COVID-19, and in Washington it's legally required in most public places.

That is unless you are a child younger than 5 years old, or have a condition that prevents you from wearing a mask.

So what kinds of medical reasons are permissible? The statewide order itself doesn't go into much detail, leaving plenty of wiggle-room.

The order exempts people "with a medical condition, mental health condition, or disability that prevents wearing a face covering."

Those conditions basically fall into two categories: if the mask could obstruct breathing, or if you can't remove it without assistance. However, it is not limited to those scenarios.

KREM viewers responded on Facebook and via email to share their experiences with mask-wearing and medical conditions.

Jon Thaemert has severe asthma. He said, "I can feel the difference in breathing when I have a mask on. Harder to breathe and I start feeling light-headed."

Amanda Mason said, "I have bad asthma and every time I wear a mask it's so hard to breathe, it feels like I'm suffocating. So I don't wear a mask unless I absolutely have to."

Sara Huenergardt said she has a serious nerve condition that causes extreme pain on one side of her face following even the slightest stimuli.

"I can't have hair, wear glasses, makeup, or even a contact in my left eye. The pain is excruciating and there is no cure," she said.

Carolyn Gregory-Gray said "My son is special needs: autistic and cerebral palsy. It's harder for him to keep [a mask] on, but we sure try."

In fact, many of those who wrote in shared that even though it's more difficult for them than the average person to do so, they try to wear a mask whenever possible.

"I still choose to wear a mask when I have to go out even if it's more of a struggle," she said. "I do this because I am more at risk. I do this to lessen my chance of being infected. Yes, it's more difficult to breathe, but I would rather struggle a little now to avoid getting infected and [then] not be able to struggle at all because I'm dead."

Many viewers said they've found alternative ways to comply with the mandate, such as face shields, softer masks, or just staying at home.

Consequences of not wearing a mask

Legally speaking, there are no consequences if you don't wear a mask for a medical reason. For one, the exception is of course clearly stated in the law. Secondly, police are only enforcing the order in the most flagrant situations anyway.

However, many viewers with medical issues told us they've suffered from the cultural effects, from being ostracized or called out publicly for not wearing a mask.

That would also suggest that you don't need any sort of doctor's note or other formal documentation to prove you need a medical exemption. Like most of the existing public health orders, this one is mostly dependent on people voluntarily doing the responsible thing whenever they're able.

One area where non-mask wearers could still run into problems is at businesses. Many are requiring masks to enter, and since they're private entities, that's legal, regardless of whether or not you are medically exempt. Though, they do need to allow for alternatives, such as allowing you to use a face shield instead, or offering contactless pickup.

RELATED: Does wearing a mask pose any health risks?