Nine-year-old Jin Powell can beat just about any adult that walks into Englewood's Felt Billiard bar, and he's moving up the national rankings in his age group, too. 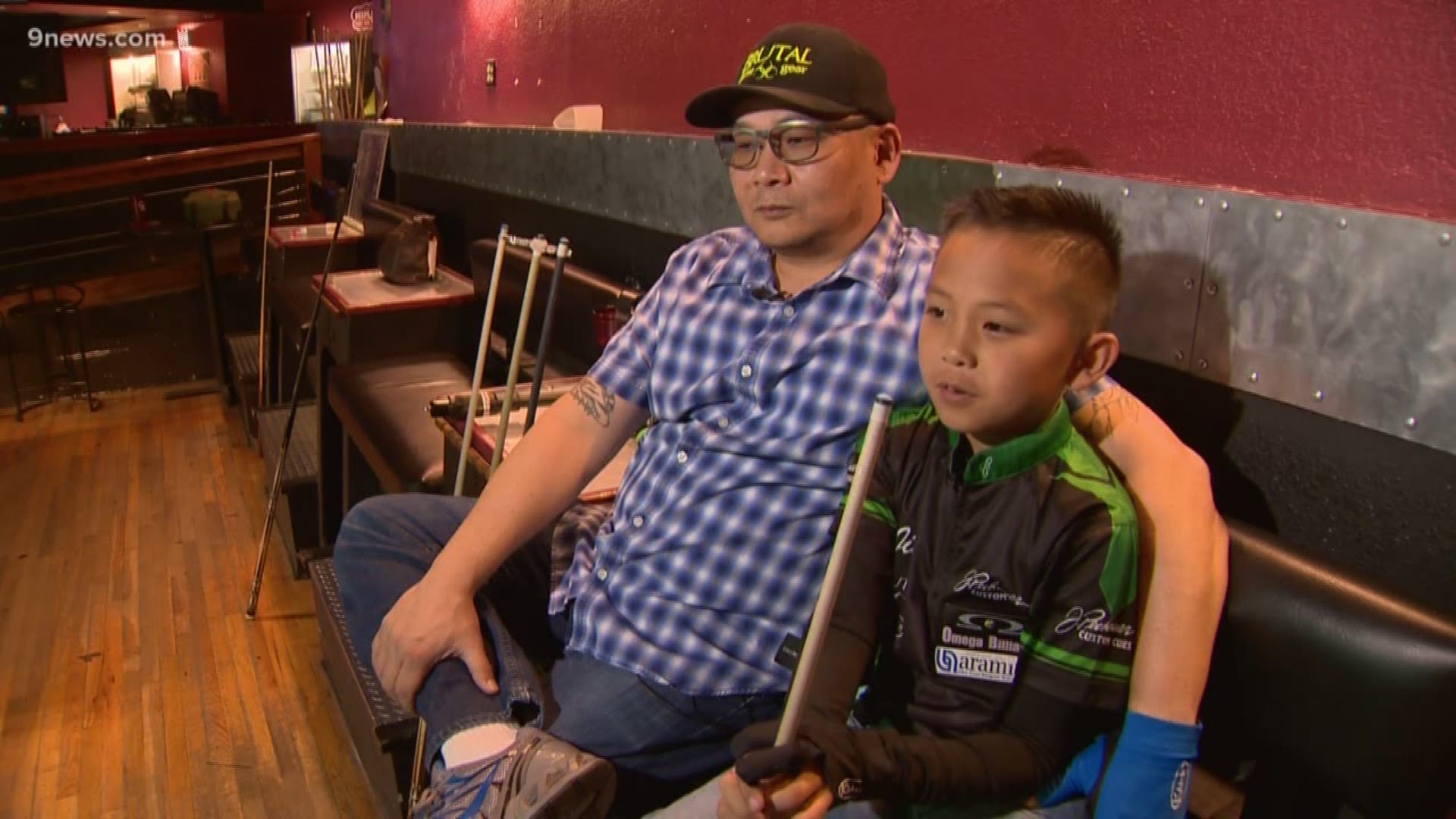 ENGLEWOOD, Colo. — The regulars at Englewood's Felt Billiard Bar know what they're doing. Give them an opening, and they'll keep you off the table until they've drained the eight ball without skipping a beat.

"I play almost every day," he said.

Powell takes his time lining up a shot. He walks around the table, fingers gliding along the railing, thinking up ways to knock the right ball in without messing up his next move. Then he gets up on his tip-toes, because he's only nine years old, and hits a clean game-winner.

"The hardest thing to learn I think is the mental game," Powell said. "Like how you think in your mind and how you focus."

"The biggest question is. 'does he ever get bored, do you have to push him?'" Jin's dad, Jay Powell, said. "The funny thing is it's him pushing me to practice."

Father and son were on the way to Dave & Busters a couple of years ago when Jay stopped at a local shop to buy some chalk. Jin found a miniature cue and wouldn't let go.

The Felt regulars enjoy having Jin around.

"I'm like one of his biggest fans," Maestas said. "Yeah, he melts my heart."

"His ability to take a tough shot and make it and then focus back on the easy one is mature beyond his years," Seeley said.

Whether he's playing adults at Felt or beating kids his own age in national tournaments, Jin's focus is always on the next move.

"I don't think it really matters," because most of the time it's just me playing the table," he said.