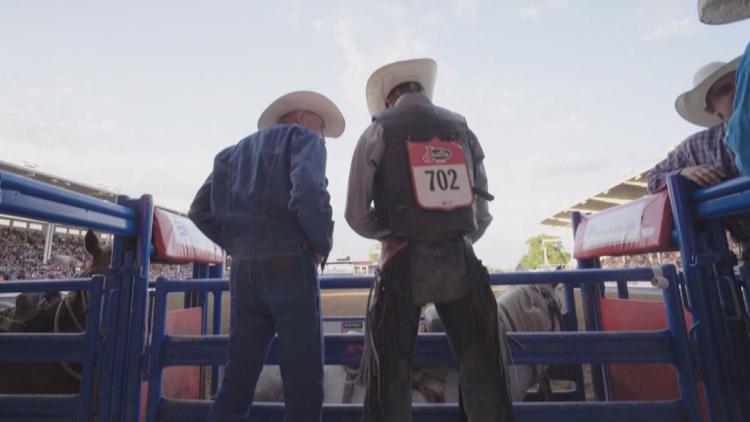 9Things to Do at the Greeley Stampede

A Colorado tradition since 1922, the Greeley Stampede gets underway this weekend.

It's a 13-day festival held at the Island Grove Regional Park in Greeley focused on celebrating and preserving our state's Western heritage through rodeo, concerts, bullfighting, a large carnival, food and more.

And it all culminates with an Independence Day celebration.

Editors Note: 9NEWS is a sponsor of the Greeley Stampede.

Although there are many more, here are nine things you can do if you attend the 97th annual Greeley Stampede:

The concert series is always one of the highlights of the Greeley Stampede and 2018 will be no different as several country music stars are coming to Colorado for the event. Dustin Lynch will headline the first night show on Fri. June 22. and Sat. June 23 will feature country star Darius Rucker. Other acts include Sublime with Rome, Roots and Boots and Aaron Watson.

Likely the main event during the Stampede, the Professional Rodeo Cowboys Association Rodeo Series runs from Wednesday, June 27 through the end of the festival. Tickets are $15 to $20 and there are special nights for military appreciation, domestic violence awareness and cancer awareness. There's also a Kid's Rodeo featuring the always-entertaining Mutton Bustin on Sunday, June 24.

Over 100 drivers compete in the multi-heat demo derby that's been a fan favorite during the Stampede for the last decade. The main derby takes place Wednesday, July 4 at 4 p.m. and tickets are $20 to $25. There is also a 'Mini Bashers' kids division heat for children between three and eight years old.

American Bull Fighting is a truly heart-pounding event. During a 90-second match, rodeo athletes are judged on how well they maneuver around a Mexican fighting bull. This means they will often attempt daring and dangerous tricks like jumping over the bull or staying within inches of the bull's head before moving at the last possible second. This event takes place on Monday, June 25 at 7 p.m.

Kicking off at 9 a.m., the Greeley Stampede 4th of July parade features over 130 floats, marching bands and equestrians from around Colorado and even many surrounding states. The parade starts on the University of Northern Colorado campus at 10th Avenue and 19th Street and runs along 10th Avenue to 5th Street just past Lincoln Park.

The Greeley Stampede will also be putting on a 4th of July Fireworks Show. The fireworks will be launched over Island Grove Park starting around 9:30 p.m.

The Greeley Stampede's carnival features a large selection of rides for all age groups, plus midway games and food stands with all the classic carnivals foods. The carnival is open every day of the Stampede. You can get individual ride tickets or an unlimited ride wristband for $30.

The Kids Korral at the Greeley Stampede has a lot of free activities to keep young attendees entertained. This includes a sandbox play area, a petting zoo, pedal tractors, face painting, a balloon artist, an 'Innovation Station,' and a sheep stampede where a limited number of kids can try an 8-second sheep ride. There are also two shows: the Grizzly Experience, an educational show and exhibit on Grizzly bears, and the Paul Bunyan Lumberjack Show, a historic and humorous educational show.

For the 19th year, the Greeley Stampede will feature a Western Art Exhibit and Sale. The exhibit features more than 200 paintings and sculptures from around the country. The exhibit is free with admission into the Stampede and is open throughout the festival.

The 97th annual Greeley Stampede runs Friday, June 22 through the Fourth of July at the Island Grove Regional Park in Greeley.

Find out more at buy tickets at https://www.greeleystampede.org/