The Parasol Patrol is a group of umbrella-wielding volunteers who shield kids from protesters at monthly 'Drag for All Ages' shows at Mile High Comics in Denver. 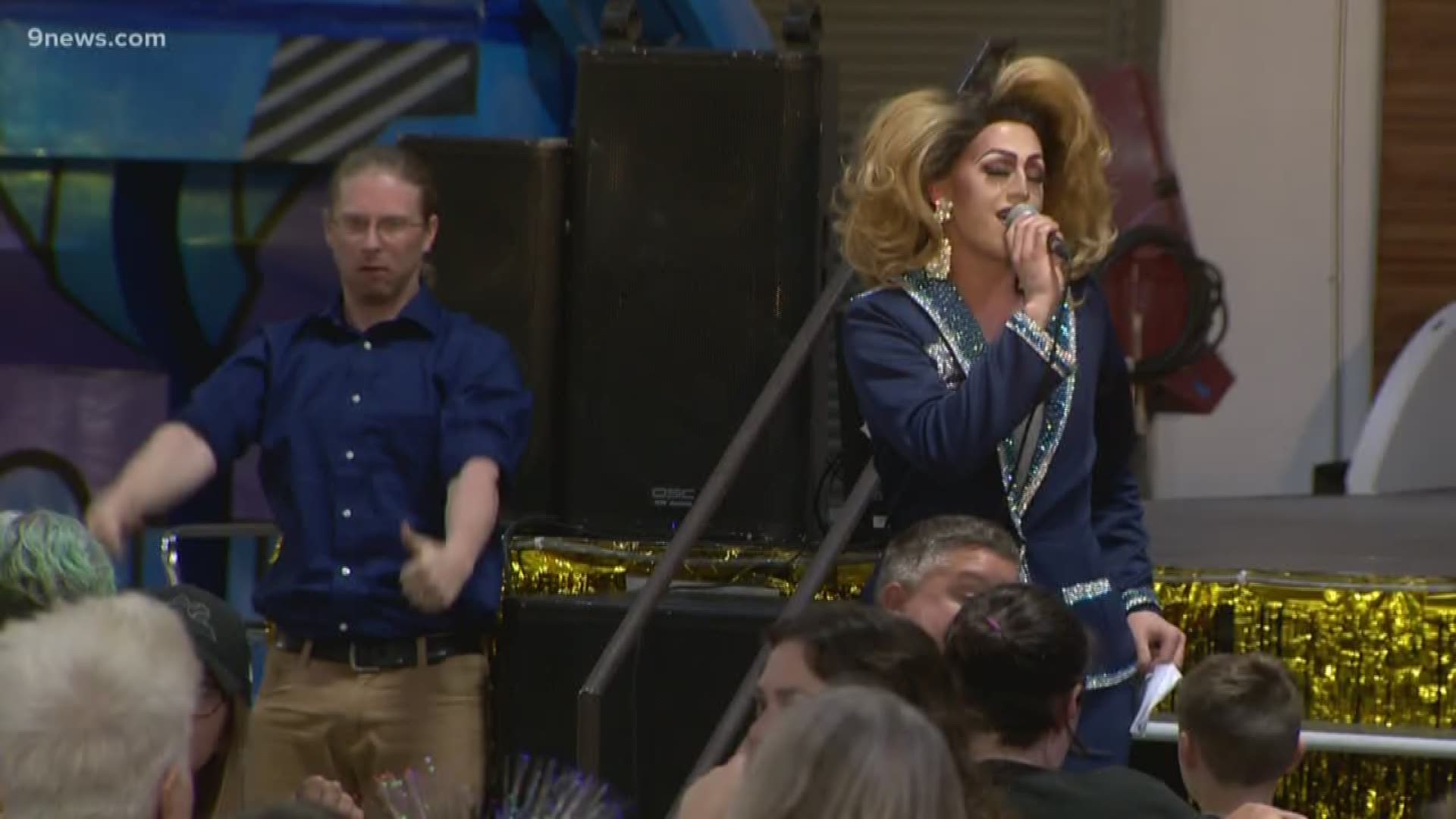 DENVER — Every month, Mile High Comics in North Denver hosts the "Drag for All Ages" show, and every month protesters show up to chant and shout at kids and parents as they leave their cars and enter the shop.

"We just saw the protesters at the first event ... and really wanted to shelter kids from that," Pasha Ripley said.

Ripley co-founded the Parasol Patrol, a group of volunteers who hold up umbrellas to shield kids from the signs as they walk into the comic shop. They also hand out ear-protection so the kids can't hear what the protestors are shouting.

"We want to give them a safe space for them to be able to do that because a lot of people don't have a safe space," Ripley said.

On Sunday, protesters held up signs that read "Child Drag is Child Abuse" and "Why Are You Exploiting Your Children?" They shouted at cars as they pulled into the lot, and cursed at police officers keeping the two groups separate.

"They're trying to make it a political thing, but it's not a political thing," one of the protesters, Vinny, said. He didn't want to give his last name. "It's just about the kids, putting them onstage. If this was straight people doing this, we'd be just as much in resistance to it."

Inside Mile High Comics, music and cheering drowned out the protest.

"It's pure joy, it's wonderful to know that love wins over hate ever time," Ripley said.

She expects the protesters to be back next time. But she also knows the Parasol Patrol will be here, too.

"There's not a goal except continuing consistently to show kids that there's a place where they can go and be creative and be talented and show all that off," she said.