"I meant nobody no harm and yet I meant the truth." 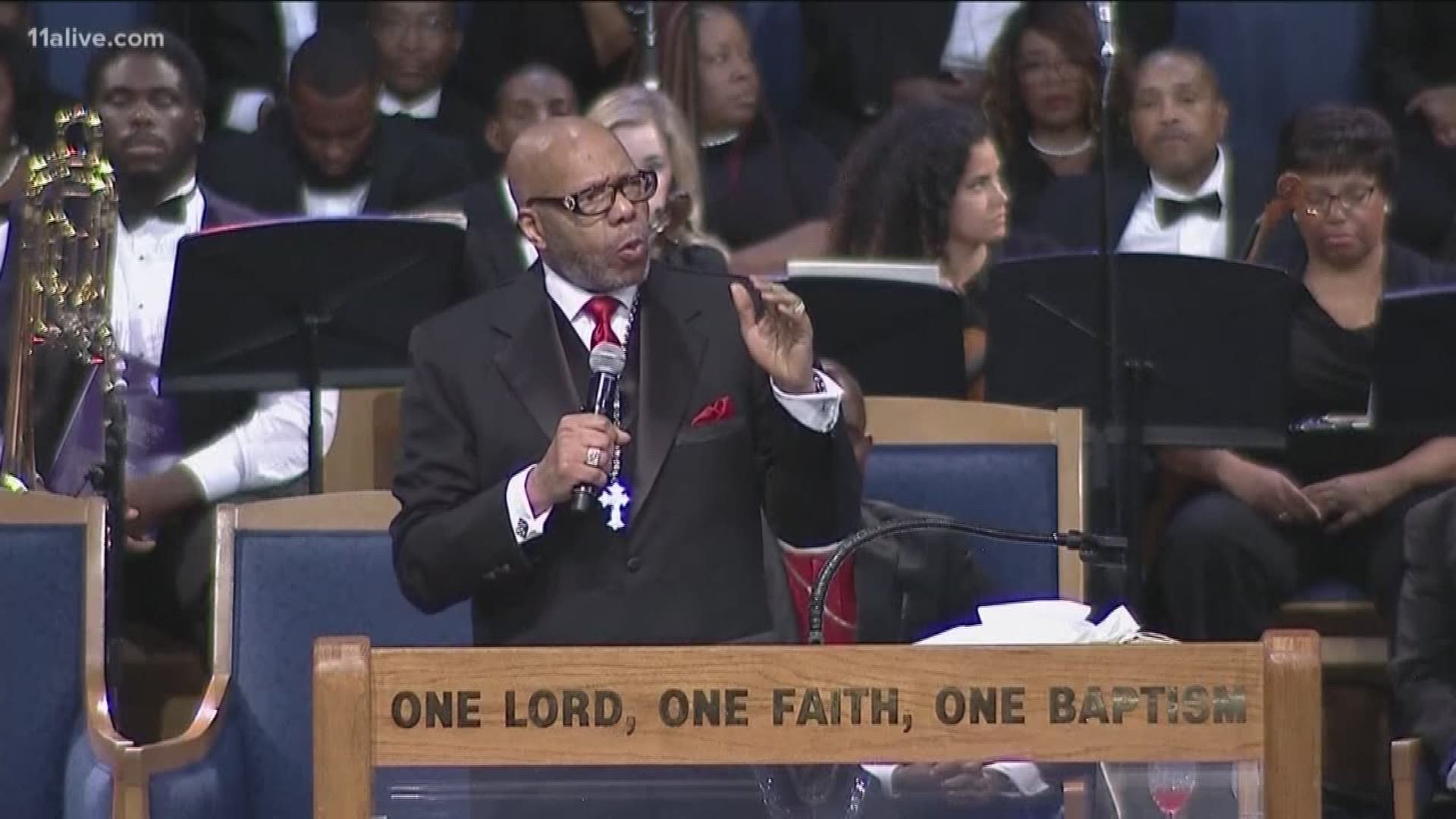 ATLANTA — The Atlanta pastor who made waves for his social commentary during the Queen of Soul's marathon funeral, Friday, is not apologizing for what he said.

Aretha Franklin herself hand picked Rev. Jasper Williams of the Salem Bible Church in northwest Atlanta to deliver her eulogy during her Aug. 31 funeral services. But shortly after, William's remarks began trending on social media for being, as some described, demeaning to black people.

During the eulogy, Williams said that black America has lost its soul. He also criticized black-on-black crime and said that single mothers are incapable of raising sons by themselves.

Then, Williams touched on the Black Lives Matter movement and called for an end to black-on-black violence.

“It amazes me how it is that when the police kills one of us, we're ready to protest march, destroy innocent property," he said. "We’re ready to loot, steal whatever we want. ... But when we kill 100 of us, nobody says anything. Nobody does anything.”

Social media took Williams to task, with some calling him homophobic and misogynistic and even bigoted. And some saying he disrespected the memory of Franklin at her funeral.

VOTE | Are funeral eulogies the right place for political messages?

On Sunday, Williams elaborated further on his comments, saying the reaction is because of a misunderstanding of he meant, and after seven hours of waiting for his turn, there wasn't enough time to explain the nuances of his message.

Williams said he just wishes people would understand his heart and what he was trying to do, "instead of making mockery or creating difficulty or spins opposite of what I am intending, that’s what hurt me more than anything else."

One of the biggest arguments made online was whether a eulogy was the appropriate time or place to make those kinds of statements. Williams said while he didn't know what Aretha would have said about the message, she trusted him enough to give it.

"Because of the great contributor that she was to the Civil Rights movement and all that she gave, I would think that if I’m doing something to turn black America around, that she would be pleased," he said.

While the comments seemed to largely fall along generational lines, Williams said whatever larger conversation that comes out of this moment, he's willing to listen.

"The generations can be opposite sometimes but whether you are old school or you our new school, respect for each other is the key to us changing the road that we are on as a race," Williams said. "I think this is a juncture where I don’t think anybody can do anything for us but us. And until we reach down on the inside of ourselves and touch our souls, and decide that this is enough, it’s time to turn around. Until that happens, it doesn’t make a difference about how much money the government will give or whatever the case is."

"I meant nobody no harm and yet I meant the truth," he concluded.

1 / 32
Scott Olson/Getty Images
The remains of Aretha Franklin are carried from Greater Grace Temple following here funeral service on August 31, 2018 in Detroit, Michigan. Franklin, 76, died at her home in Detroit on August 16.