Steps to invoke the 25th Amendment against a president

As legislators debate the merits of the 25th Amendment, we take a closer look at what it is and what it could do. 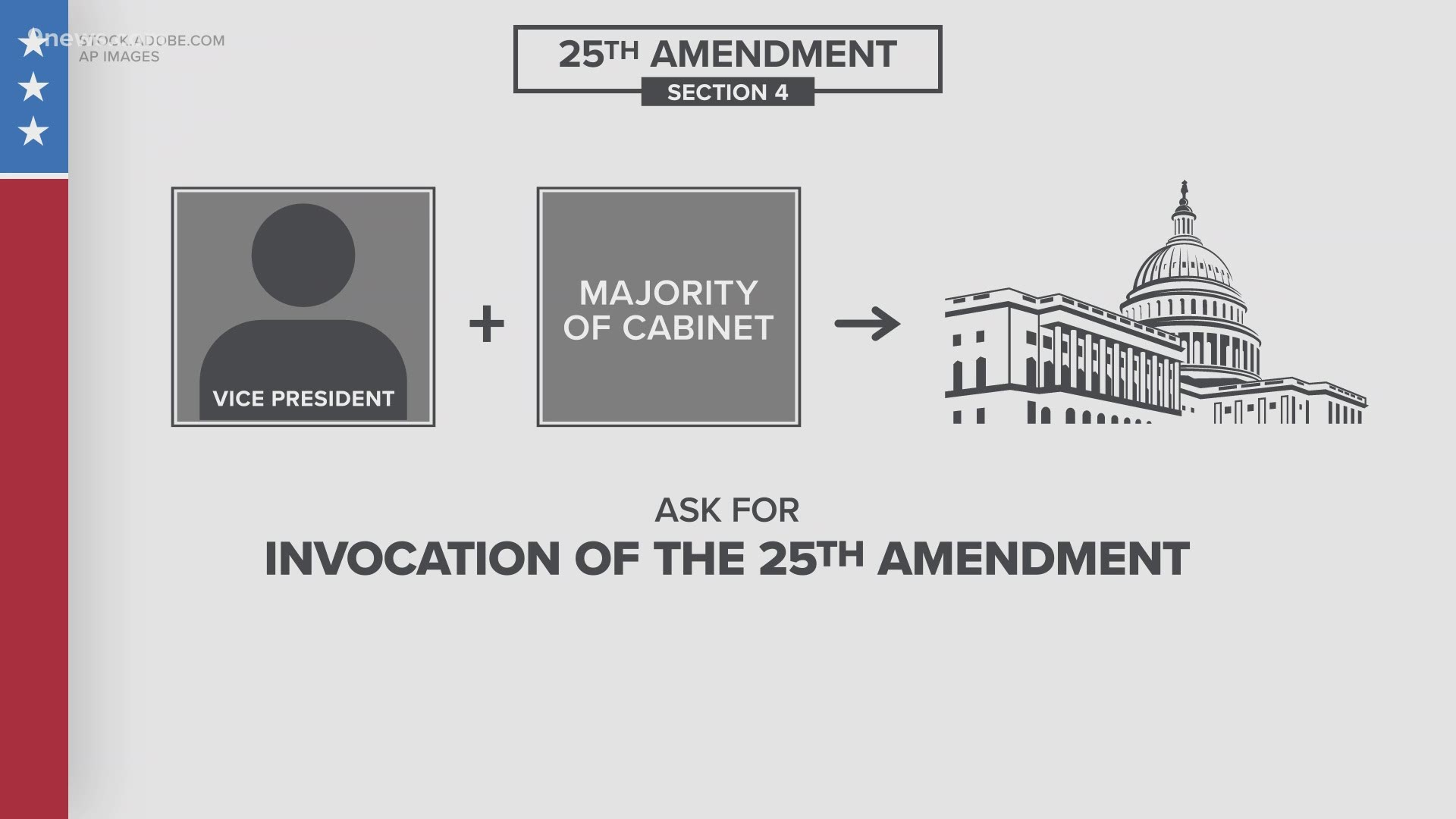 DENVER — After a pro-Trump insurrection at the U.S. capital, many political officials called to invoke the 25th Amendment against President Trump.

Congress ratified the amendment in the days following the assassination of John Kennedy in 1963.

The amendment has four parts to address the many ways a president may not serve office, including death.

What makes the fourth section different is that the Vice President and half of the cabinet have to decide if the sitting president is fit enough to continue service.

It states that should the vice president and at least half of the president’s cabinet believe the president is "unable to discharge the powers and duties” of the office, they can write to ask Congress for invocation of the 25th Amendment.

If the sitting president agrees, the Vice President becomes president. If he does not, he writes back to Congress.

Those that initiated the letter to invoke the 25th amendment must then send a response letter to Congress within 4 days.

At that point, Congress must meet within 48 hours and has 21 days to act. They have to reach a 2/3 majority vote to overrule the President.

>> Watch the video below about, political scientists around the country call to invoke the 25th amendment 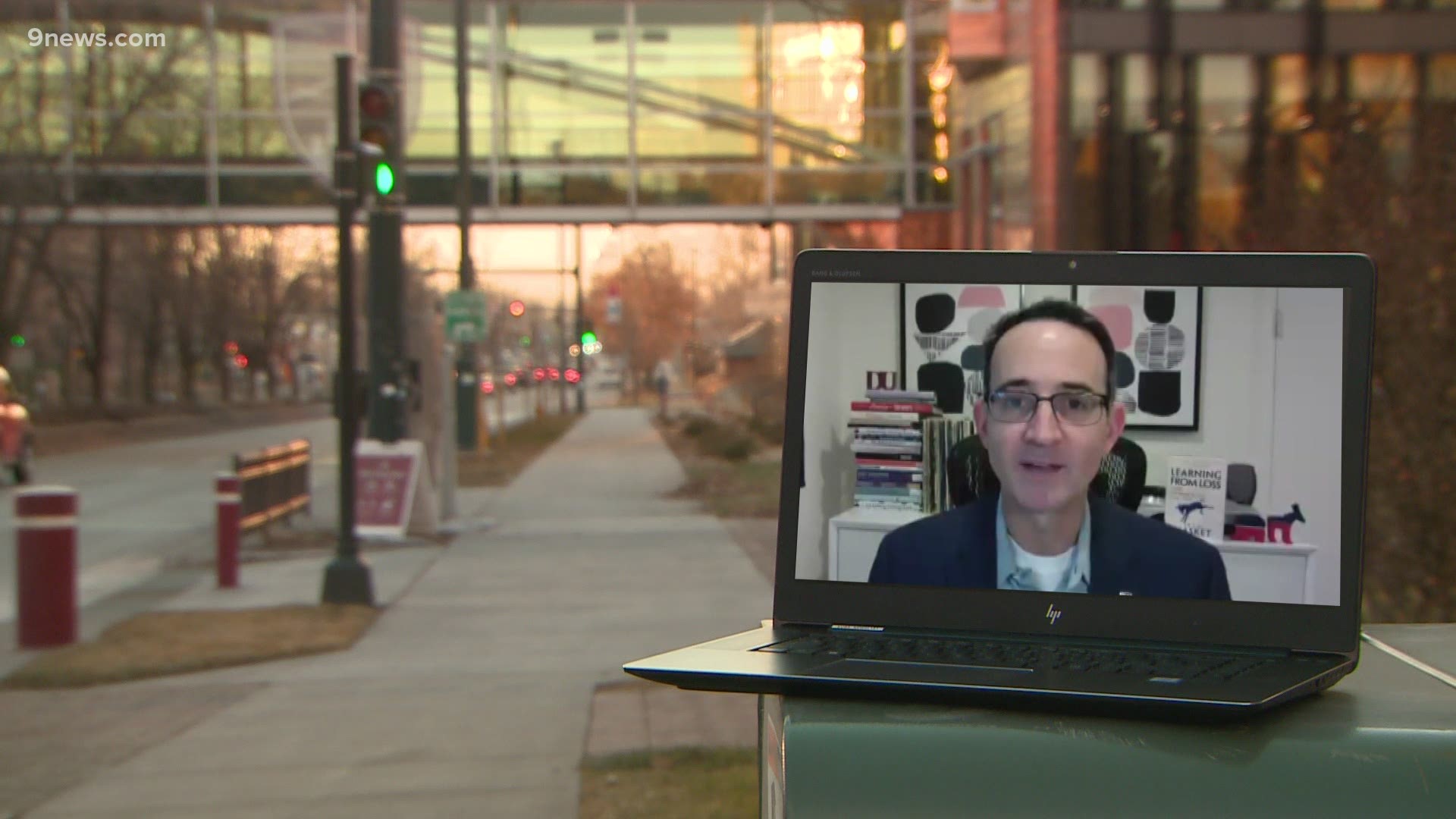