People are calling him un-American after a photo of anti-Trump rhetoric posted above the front desk of his office went viral on Facebook earlier this month. The message called President Trump a "morally bankrupt pile of crap" - among other things. 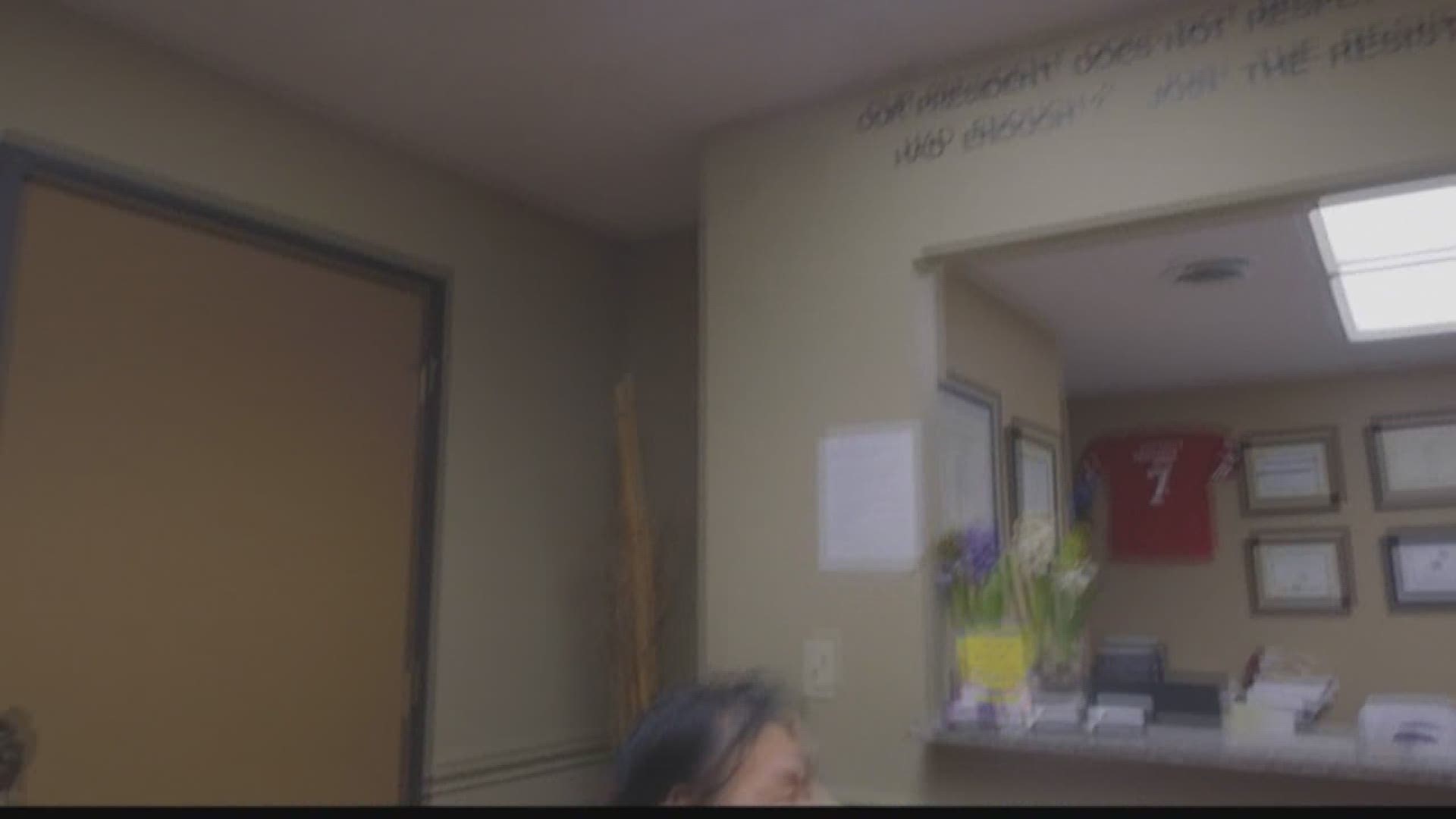 AURORA — It's nothing new for a doctor's office to have reading material in the lobby for patients while they wait. However, one doctor in Aurora took it to a new level.

Dr. Steven Chae is the owner and sole practitioner of Family Practice of Aurora. He considers himself a "political junkie" and, according to the messages that line his office walls, it's no secret where he stands.

Chae has had political statements in his office "ever since he can remember," the doctor said. This includes a poster of Elizabeth Warren and a "Bernie Sanders for President" sticker.

What is new, however, is a heightened attention to his wall decorations. Pictures of Chae's office have gone viral on social media and sparked outrage. One picture shows the wall above the front desk with the words "morally bankrupt pile of crap in White House" and "for our country, for our children, fight this monster."

"[I'm] just surprised that a business -- any business, you know, let alone a doctor -- would have not only political messaging but such hateful political messaging," said James Woodley, who took one of the original photos now circulating online. "I believe everyone has a right to their opinion, it's just the manner in which it was done."

Woodley is a former Republican candidate for Colorado's state senate. He lost to Sen. Nancy Todd in 2016. He saw the writing on the walls while at the doctor's office with a friend whose kid was a patient, he said.

"It was clear that it was just derogatory toward the president in language that I would never teach my children to speak about anyone," Woodley said.

At the time this article was posted, Woodley's picture was shared nearly 7,000 times on Facebook.

Chae said he was grieving the 2016 election results when he posted the statements and thinks he should've waited till he was "a little more level-headed" before putting up those statements.

Chae said if the statements on his walls come across as hateful then the wrong message was put out. He said his real intention behind putting them up was to motivate his patients, who he said are mostly minorities, to vote.

"There's a lot of fear among minorities, especially within the Hispanic community," Chae said. "I wanted to reach out. The way we address this -- not necessarily fix but at least address -- is by going out to vote. That was all my message was supposed to convey."

After Woodley's and other pictures were shared online, Chae said he revised the messages on his walls.

"I can see how some people who are on the other side of the aisle could be offended, so I decided, 'Hey best thing to do is turn the temperature down a little bit, make it less personal, make it more issue-based,'" Chae said.

He said if he ever finds out having political statements posted in his office violate policies of medical associations then he'll remove them, but they'll remain until that day comes.