Coloradans are voting on Prop CC; What does it do?

Simply put, CC asks you to permanently give the state permission to keep TABOR tax money that's normally returned to you. 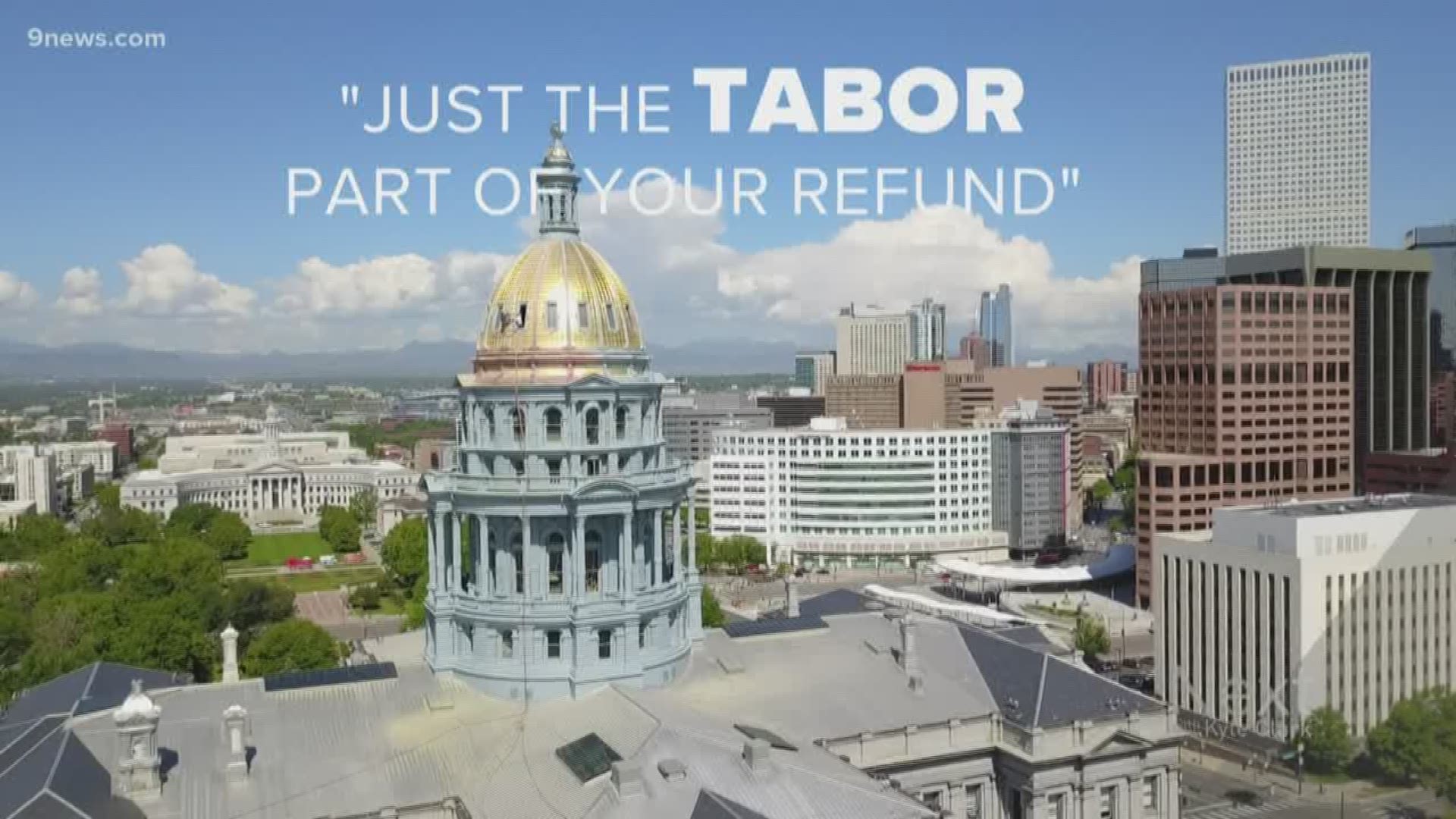 DENVER — All voters in Colorado will see Proposition CC on their 2019 ballots, and now that those ballots are showing up in mailboxes, we’ve been getting a ton of smart questions about the measure.

Officially, the “yes” or “no” question on the ballot reads:

“Without raising taxes and to better fund public schools, higher education, and roads, bridges, and transit, within a balanced budget, may the state keep and spend all the revenue it annually collects after June 30, 2019, but is not currently allowed to keep and spend under Colorado law, with an annual audit to show how the retained revenues are spent?”

So what does that really mean? Let’s start with…

Not every year, but in some years, Colorado must refund you money because of the Taxpayer’s Bill of Rights, which you might know as TABOR.

Voters passed TABOR in 1992. The Constitutional amendment requires the state and local governments to get voter approval before enacting new tax increases or bonds, and it puts a cap on how much tax money Colorado can collect and spend. The rate is based on inflation and population. If the state collects too much, you get back money.

T: Tax increases are put to a vote of the people.

A: Annual spending limits - the state can only keep and spend a certain amount of tax money based on a specific formula.

B: Ballot Language - tax or revenue questions must be worded a specific way in all capital letters.

R: Refunds - if the state collects more money than the formula allows, residents are given refunds.

RELATED: Man named 'TABOR' worried now that Colorado says he can be booted from his home state with a single vote

WHAT WOULD PROP CC CHANGE?

Simply put, CC asks you to permanently give the state permission to keep the extra money instead. The money would go toward road projects and schools.

If CC passes, the new money that the state gets to keep is split this way:

The one-third for transportation gets split even more. Of that one-third:

And of the 60% that goes to the State Highway Fund:

How it's specifically spent is up to the Colorado Department of Transportation, and local city and county leaders. And since this is a proposition, future legislatures can change how the money gets spent without a vote of the people. What doesn't change, however, is that voters will continue to have a say on new tax increases.

RELATED: Depending on where you live in Colorado, you may be asked about paying for road fixes twice. Here's why

HOW MUCH MONEY ARE WE TALKING HERE?

Let’s start this section by saying CC does not affect the April return you get if you individually pay too much in state taxes.

Secondly, CC doesn’t raise taxes, but some people might consider it a tax increase, since you’ll be forfeiting part of what would be returned to you via tax refund.

And third, there isn’t a simple answer. Because the refunds are based on the formula, it would depend on other factors.

What does it mean for you?

TABOR is the brainchild of Douglas Bruce, who later, was briefly a state representative.

CC is a statewide measure, but BellPolicy.org reports voters in 51 out of 64 counties have "De-Bruced," or previously eliminated revenue caps, meaning the local governments can keep excess.

Supporters argue this is a way to provide road and school funding without a tax increase. Historically, Coloradans tend to vote down tax increases.

Opponents say that because this is a proposition, a legislature could amend how the money is spent. State lawmakers could also decrease general fund money going to road or school fixes, since TABOR money might supplement the losses.

Have another question for Next with Kyle Clark about your ballots? Email next@9news.com.