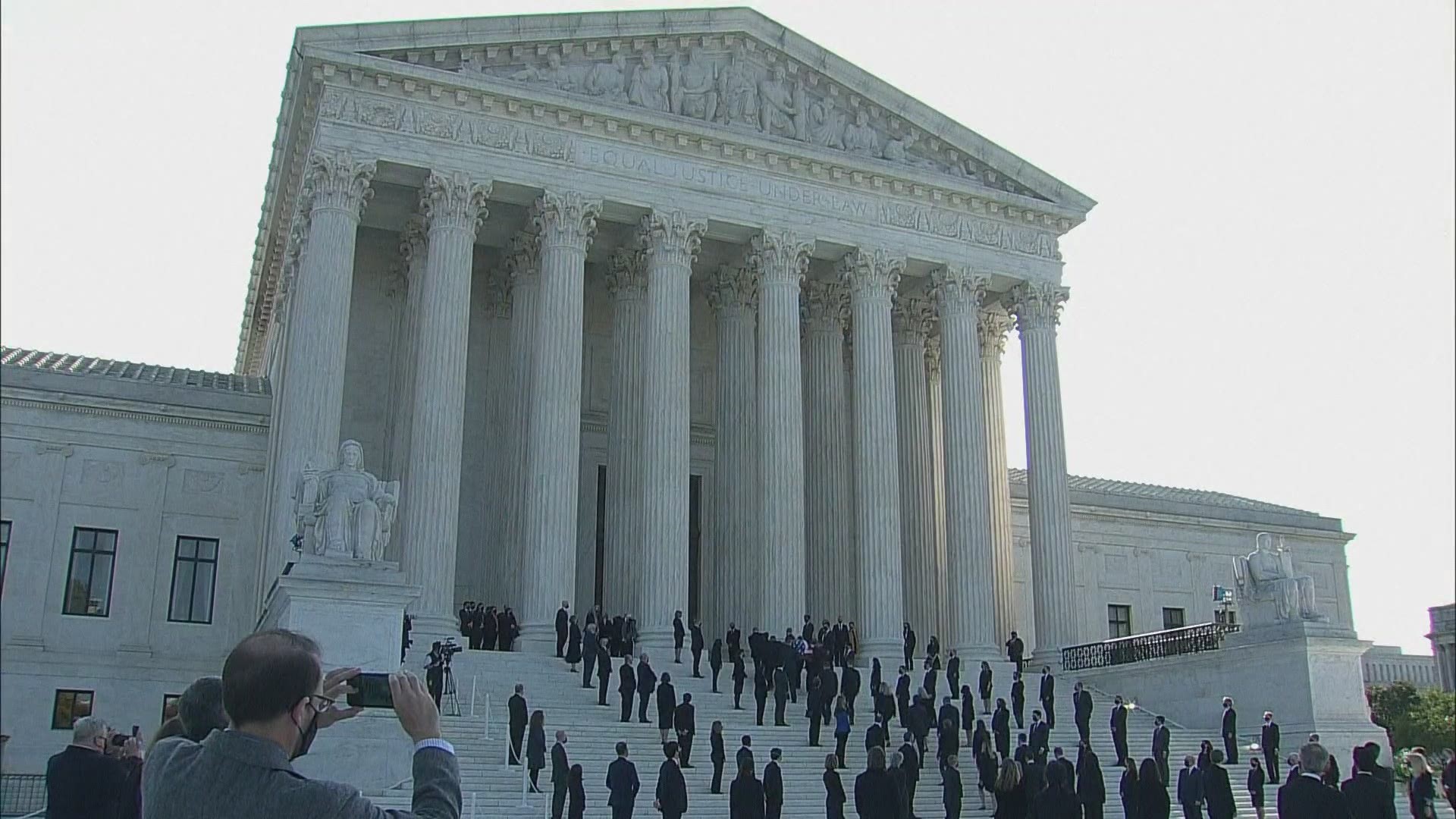 WASHINGTON D.C., DC — The late Justice Ruth Bader Ginsburg returned to the Supreme Court for the last time Sept. 23, as a memorial service was held in her honor.

Her casket was just outside the courthouse Wednesday so people can pay their respects from the steps. Her family and fellow justices remembered her in a private ceremony inside the court. Chief Justice John Roberts called it her home.

Colorado's Attorney General Phil Weiser, who served as one of Ginsburg's law clerks from 1995-1996, was at the memorial in Washington D.C. and spoke at one of the vigils Wednesday. He and more than 100 other clerks stood outside the court, serving as honorary pallbearers.

Honored to join scores of devoted law clerks to pay respects and honor #RBG. Her memory will be a blessing and inspire us to continue her work towards a more inclusive #WeThePeople. pic.twitter.com/lobwmGTMy2

“It was an emotional day, and it was important for me to be here because it provides a sense of reality,” Weiser said. “I am still struggling with the thought that she's gone. it doesn't feel right to have a world without Justice Ruth Bader Ginsburg in it.”

Weiser also spoke about the important lessons Ginsburg taught him, saying “she was the epitome of calm, cool and collected” and was committed to intellectual engagement and learning from others.

“She was the hardest working, most perfectionist, most demanding, rigorous boss I will ever have. And it taught me what perfection looks like in legal work and I'm so grateful for that.” Weiser said.

Just finished talking w/ Colorado's Attorney General @pweiser in D.C. He is a former clerk of Justice Ginsburg and was on the steps this morning as Ginsburg's casket arrived. He'll be standing watch next to the casket around 5:20PM ET today. #copolitics @DenverChannel @KOAA pic.twitter.com/NukAAxtA9d

President Donald Trump is set to pay his respects tomorrow.

On Friday, Ginsburg will lie in state at the U.S. Capitol. She will be the first woman to have that honor. She'll be buried at Arlington National Cemetery next week.

RELATED: Ruth Bader Ginsburg to lie in repose at Supreme Court, lie in state at US Capitol