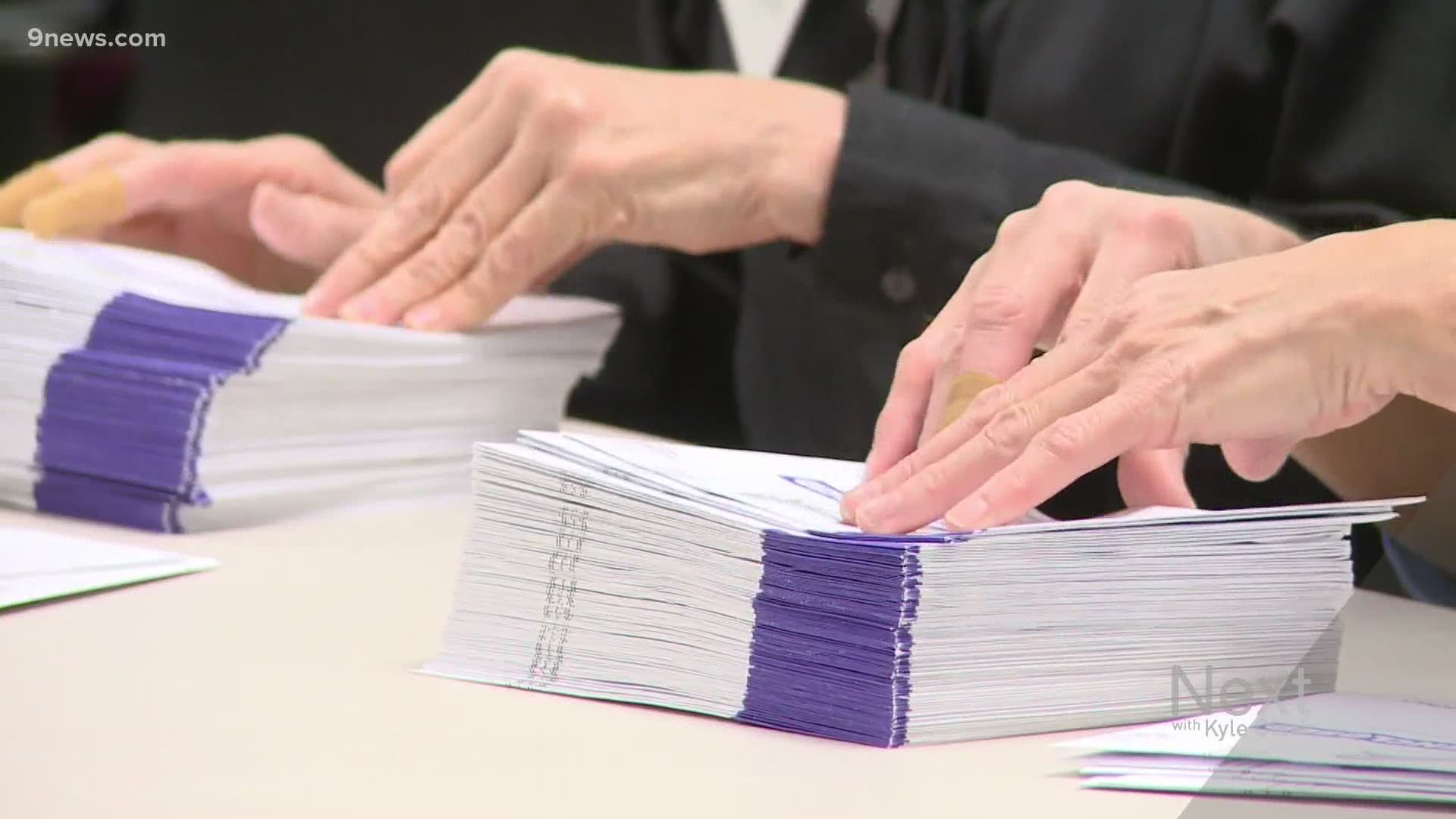 DENVER — Colorado is a leader in mail-in ballot voting.

Since the law went into effect in 2013, all voters get a ballot in the mail. They can still choose to vote in person, but for three weeks, they'll have a ballot on their kitchen tables.

In the last presidential election in 2016, nearly three-out-of-four voters returned their mail-in ballots.

President Trump has voted by mail in Florida, albeit from Washington, D.C., but he did not tout the system when asked about mail-in ballot voting earlier this week.

"I think mail-in voting is horrible. It's corrupt," Trump said.

So, with COVID-19 causing other states to rethink how they handle elections, what could other states learn from Colorado's system?

McReynolds is now the CEO of National Vote at Home Institute, which aims to help the 40-plus states that don't have mail-in ballot policies.

"I think what COVID has exposed is, a lot of states that have relied heavily on in-person voting at assigned government locations on Election Day, have high risk involved with what that looks like," said McReynolds.

"What can Colorado do to expand the mail-in ballot nationally?" asked voter Rebekah Henderson.

"To me, it's weird even watching why it's controversial in some states," said Polis. "Frankly, if either party thinks they are going to lose just because people are voting, that's a problem for that party."

"One of the advantages Colorado has is that we adopted the process gradually," said former Republican Colorado Secretary of State Wayne Williams.

Williams, who is now a Colorado Springs City Councilman, previously ran elections as El Paso County Clerk and Recorder and oversaw elections as Secretary of State.

"Instead of a state-by-state basis, I would prioritize those individuals that are more vulnerable to COVID-19, to make sure that they are able to get that mail ballot sent to them as a first priority," said Williams.

He also isn't sure there are enough vendors that can handle a sudden rush to move to a mail-in process by November.

"In talking to mail ballot vendors, there's limited capacity for every state in the nation to move at the same time," said Williams.

"We really need political leaders and the decision makers that can make those calls, to make those calls very quickly, so that election officials can adequately prepare with getting the appropriate equipment, the infrastructure and the procedures in place to make sure the election goes well," said McReynolds.

RELATED: Since March 17, 60 Colorado businesses have reported more than 6,000 layoffs