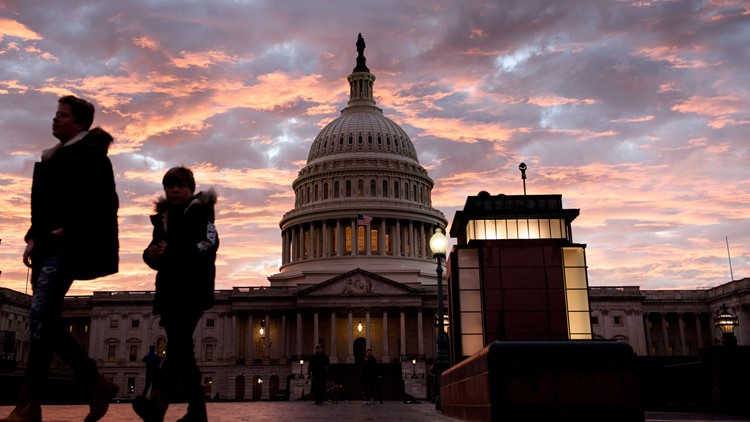 Photo by: BRENDAN SMIALOWSKI
A view of Capitol Hill while voters across the United States participate in midterm elections November 6, 2018 in Washington, DC.

When the Colorado General Assembly is gaveled into session in January, Democrats will be the majority party in the state Senate. Republicans entered Election Day holding a slim 18-16-1 majority, but Democrats won three seats to take control of the chamber.

Democrats last controlled the state Senate from 2012 to 2014, before ceding its leadership to Republicans.

With Democrats gaining the state Senate and holding onto the state House of Representatives, the party now controls a trifecta on Capitol Hill after Democrat Jared Polis was elected governor.

Seventeen of the state Senate’s 35 seats were up for election. Six seats were considered battleground districts, and Democrats held ground in the three that they already had, and they picked up three seats from two Republicans and an independent.

State Sen. Leroy Garcia (D-Pueblo) told 9NEWS he plans to run for Senate president. The senate Democratic Caucus will elect the senate president and majority leader in the coming days.

State legislators who won election will be sworn in Jan. 4, 2019.