The eight-district congressional map crafted by the state’s inaugural independent congressional redistricting commission will be used for the next 10 years. 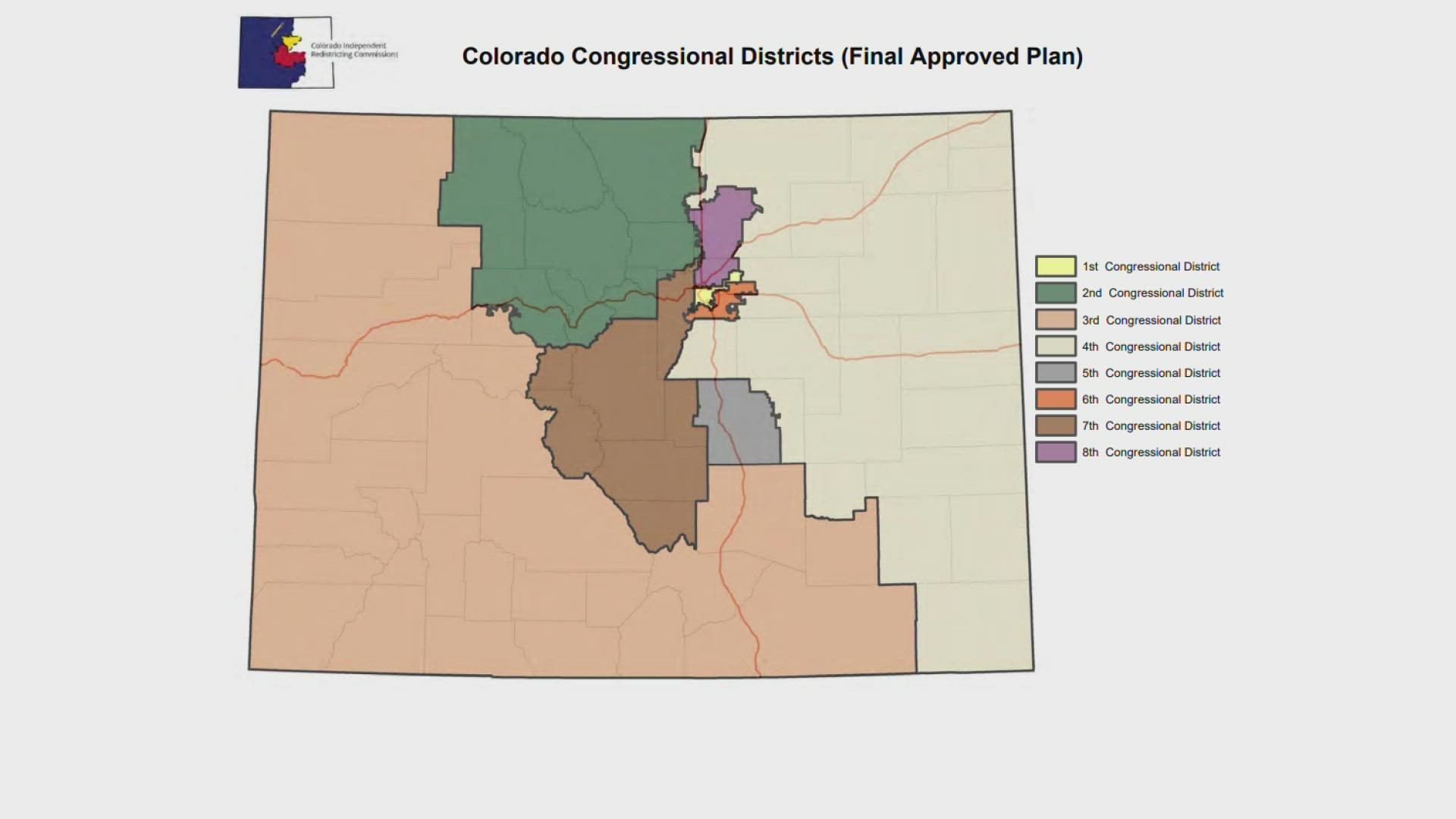 COLORADO, USA — The Colorado Supreme Court has approved the eight-district congressional map crafted by the state’s inaugural independent congressional redistricting commission, setting up the new map to be used for the next 10 years.

The Monday ruling largely concludes the state's congressional redistricting process, save for administrative work by state and county election officials who will begin preparing for the 2022 election using the new congressional map.

The  new map was the result of a months-long process that began with the selection of the commissioners in the spring, a summer of public hearings and map drafts, and the ultimate selection of a final map in late September.

The process was also beset with cascading delays caused by the global coronavirus pandemic. The U.S. Census Bureau took months longer than planned to finish the decennial census, because the pandemic emerged during the normal data-gathering process. Instead of delivering the census data used for redistricting in the spring, like usual, it was delayed until August, leading the redistricting commissions to use older survey data for initial map drafting and to take more time than planned to finish and send the new redistricted map plans to the state Supreme Court after getting the official data.

9NEWS readers can view the full article at Colorado Politics.