U.S. Rep Hice claims that Raffensperger created "cracks in the integrity of our elections." 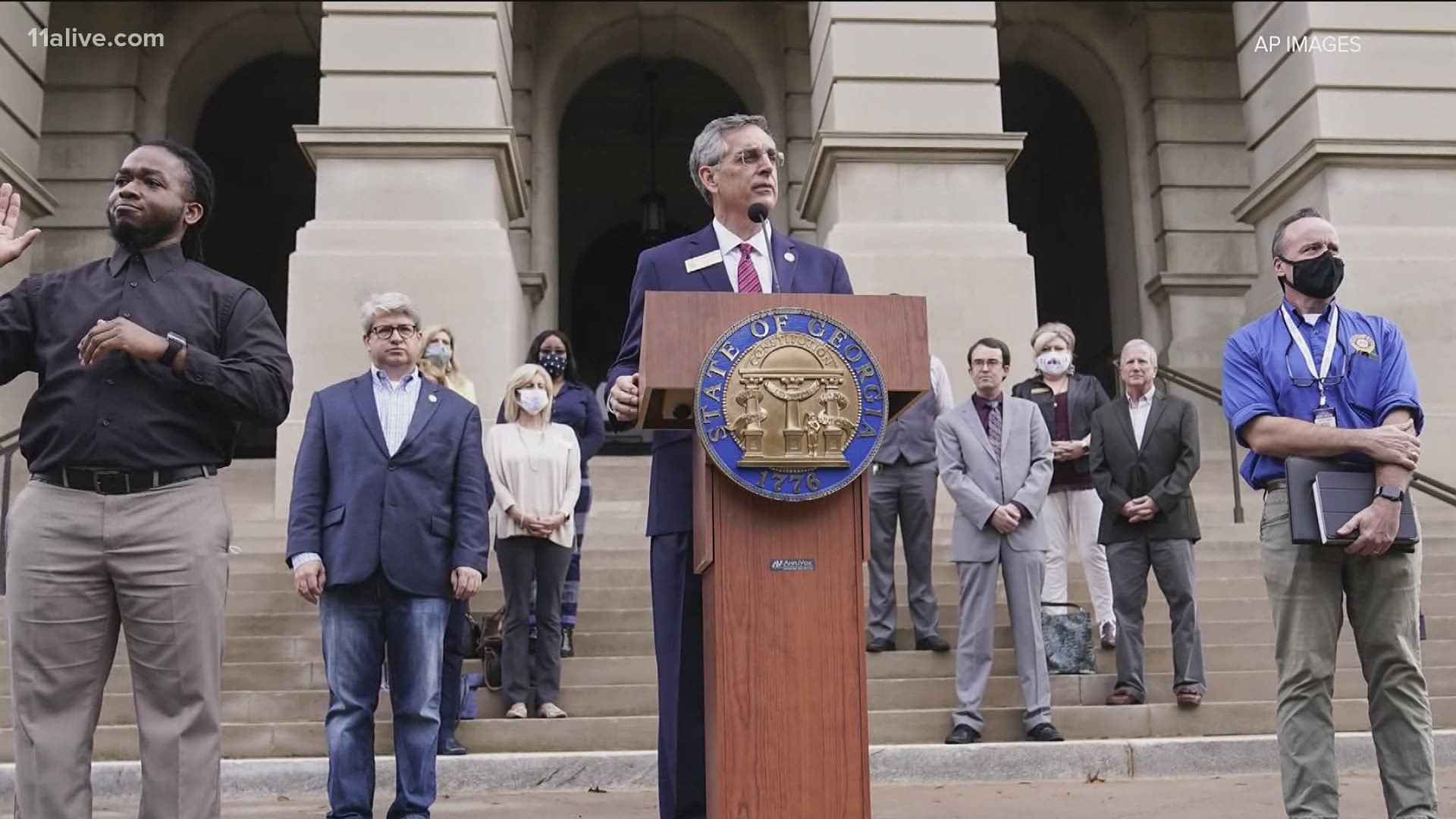 ATLANTA — Georgia Republican Congressman Jody Hice announced he plans to challenge Brad Raffensperger for Secretary of State next year if he seeks reelection.

He claims that Raffensperger, also a Republican, created "cracks in the integrity of our elections." Hice said he believes Georgian's "took advantage" of that during the 2020 elections.

"Free and fair elections are the foundation of our country," Hice said.

He added that he wants to "instill confidence in our election process by upholding the Georgia Constitution, enforcing meaningful reform and aggressively pursuing those who commit voter fraud."

Former President Donald Trump has endorsed Hice in his bid to unseat the secretary of state who refused to help overturn the November election results. The move marks Trump's most direct attempt at retribution against those he blames for his loss to President Joe Biden.

Hice didn't mention Trump in his announcement but has said previously that he expected the former president's support. Trump has said separately that he also wants to help defeat Georgia Gov. Brian Kemp, another Republican, in 2022.

"Few have done more to cynically undermine faith in our election system than Jody Hice," he wrote. "We saw in January what Georgia voters will do to candidates who use that rhetoric."

"I would look at the results of Loeffler and Perdue and Donald Trump's message that the vote was fraudulent," said 11Alive political analyst and Republican strategist Mike Hassinger.

Hassinger said the U.S. Senate runoff losses of former Georgia Senators Kelly Loeffler and David Perdue could be telling of how Republicans will perform in statewide general elections if they echo Trump's election fraud misinformation.

Up first in the 2022 Secretary of State race though will be the primaries. Hassinger believes to secure the party's nomination, Raffensperger will need to convince moderate members of the party to vote for him to overcome support Hice could receive from loyal Trump supporters.

"(Raffensper) was the guy who had to deliver the bad news to voters that Donald Trump didn't win Georgia," Hassinger said. "That sort of morphed into people's minds as Raffensperger stole the presidential election from Trump, which is objectively not true."

Hice was one congressman in Georgia who raised objection to the state's electoral college votes following a violent breach of the U.S. Capitol. His objection failed without the support of then-Sen. Loeffler.

In raising his objection, Hice said he was doing so "on the grounds that the election conducted on Nov. 3 was faulty and fraudulent due to unilateral actions by the secretary of state to unlawfully change the state's election process without approval from the General Assembly, and thereby setting the stage for an unprecedented amount of fraud and irregularities."

Hice also claimed that 11Alive reported a vote scanning issue would result in more votes for the president. His claim was false, but Trump tweeted it.

"If elected, my top priority will be ensuring every Georgian's legally cast ballot is counted in future elections," Hice wrote in a statement.