Aurora voters are choosing among 15 candidates for five City Council seats in an officially nonpartisan election. 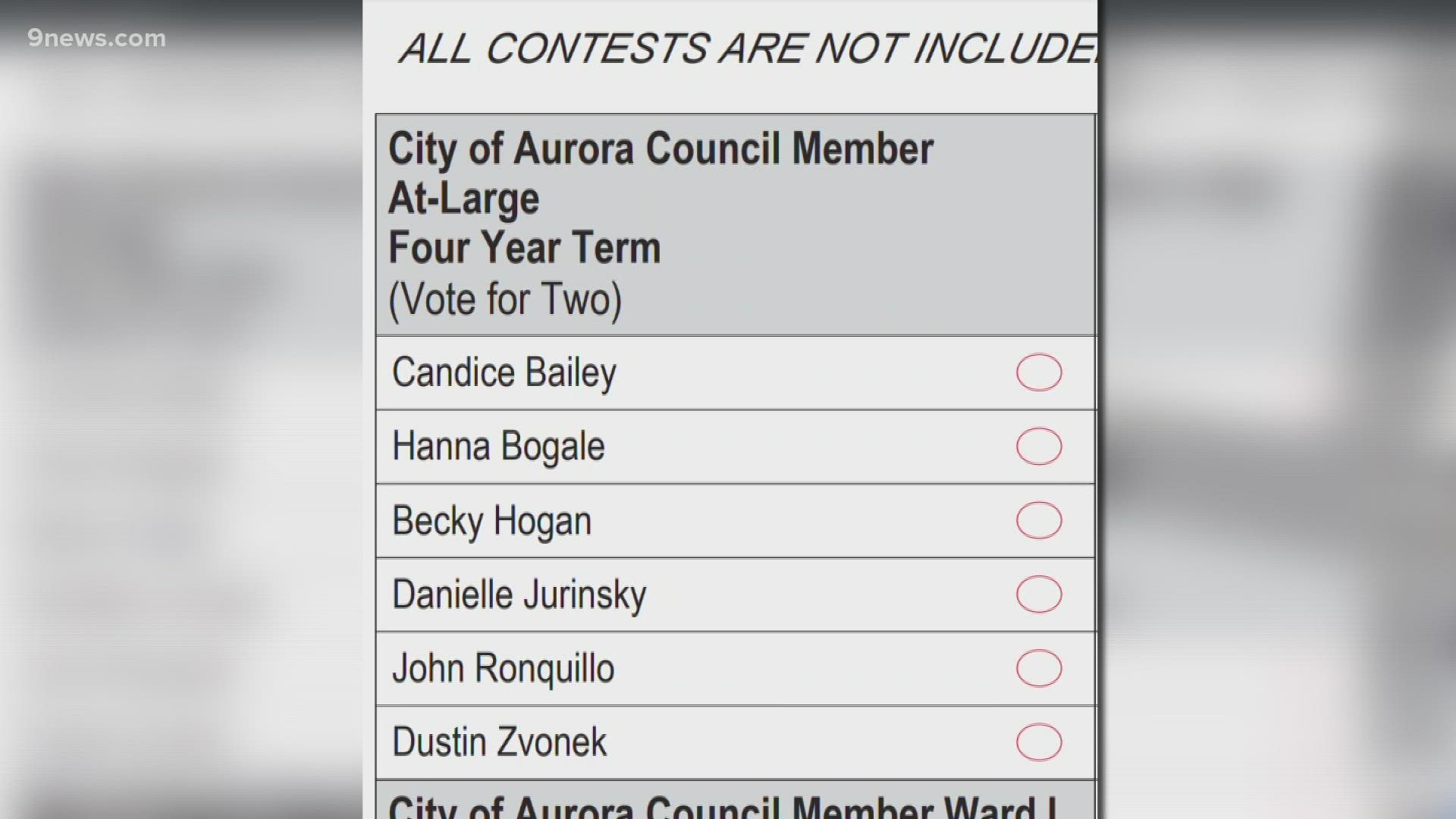 AURORA, Colo. — Voters were deciding on Tuesday on who will fill half the seats on the Aurora City Council.

There are 15 candidates running for five City Council seats in four races. One of the races is at-large, and there are two at-large seats open. The other races on the Nov. 2 ballot are for Wards 1, 2 and 3.

Because City Council members hold a nonpartisan role, none of the candidates have their party affiliation next to their names.

Recently, progressives have taken half  the council seats. The Aurora City Council is made up of the mayor and 10 council members.

The Ward II seat is currently open, after former council member Nicole Johnston resigned in June ahead of a move to Colorado Springs. The remaining council couldn’t break a tie on her replacement.

After she resigned, a camping ban proposed by Mayor Mike Coffman failed on two tie votes. It can’t be brought up again for a few months, but the future of the proposal rests heavily on who wins the council races on Tuesday.

If liberal candidates win on Tuesday, the camping ban likely will not. If the conservative candidates win, it will probably move forward.