Jeremy Harris of Harris Funeral Directors hopes to get 300 voters to the polls on Nov. 3. 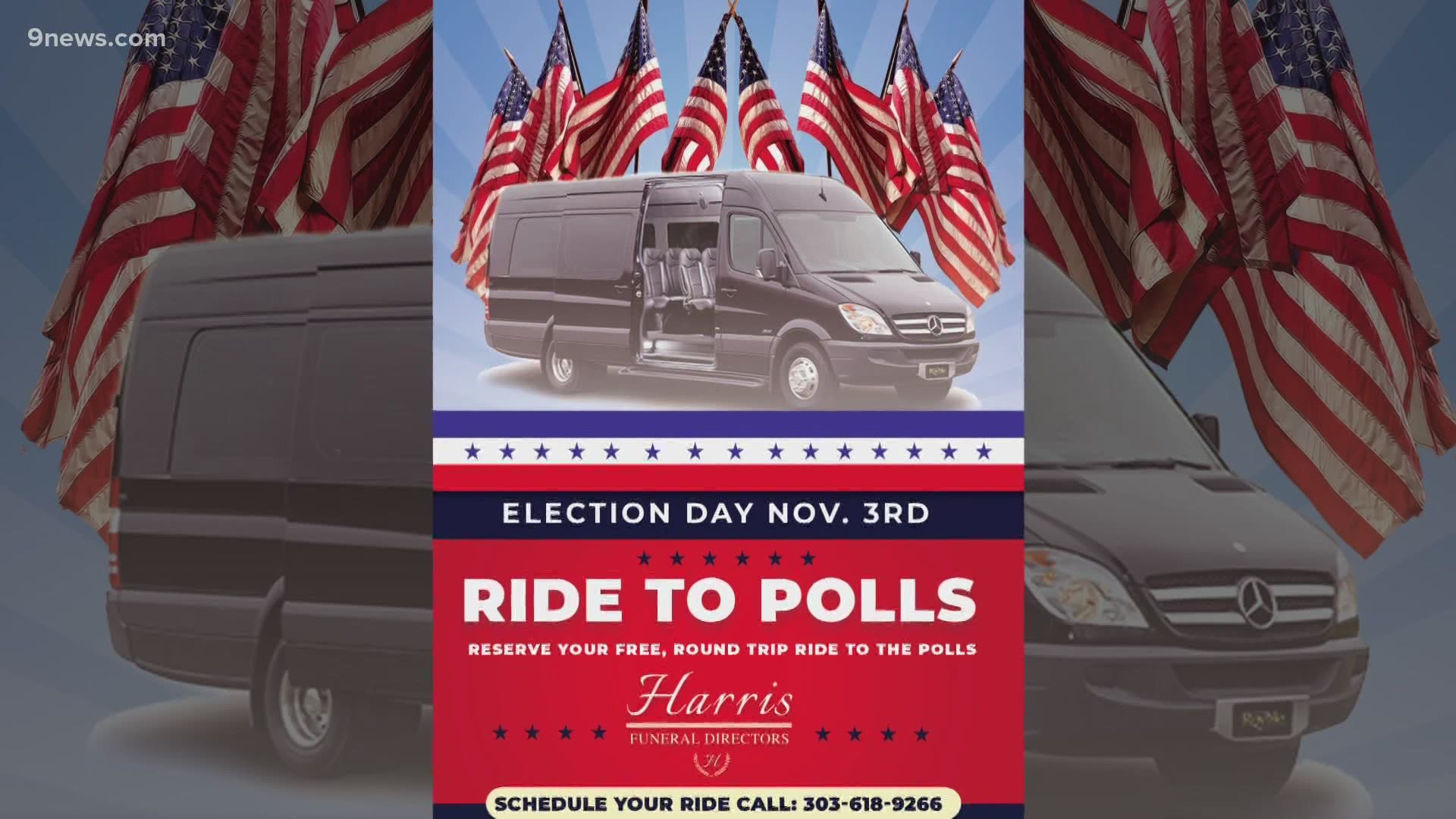 AURORA, Colo. — On Election Day, one small business in Aurora will be providing free, roundtrip rides to the polls.

"As a funeral home owner we only usually deal with the public when it comes to death. This is a way for us to engage with the community, bring a sense of hope, and let them know that we do care and there is more to us than death," Harris told 9NEWS.

So far, more than 50 people have registered for a ride. Most of them are from Aurora but Harris will pick up anyone from anywhere in the metro area.

Some of those registering have questions about the vehicle they'll be riding in.

"One lady actually asked 'what will we be riding in,'" Harris said.

Don't worry. It's not a hearse.

"We will be picking up voters in style, in one of our Mercedes-Benz Sprinters, getting them to the polls and returning them back home," the funeral home director explained.

Harris won't be behind the wheel but he does plan to tag along all day.

He doesn't care who people vote for so long as they cast a ballot.

"I don't care who you push. Just vote. Just exercise your right. If you've never voted before, this is the year to vote," Harris told 9NEWS.

Anyone who would like to register for a ride can call 303-618-9266. Harris is taking reservations all the way through Election Day.

RELATED: You can still help your high-risk, elderly neighbors vote by volunteering