Proposition 113 is projected to pass, according to the AP. 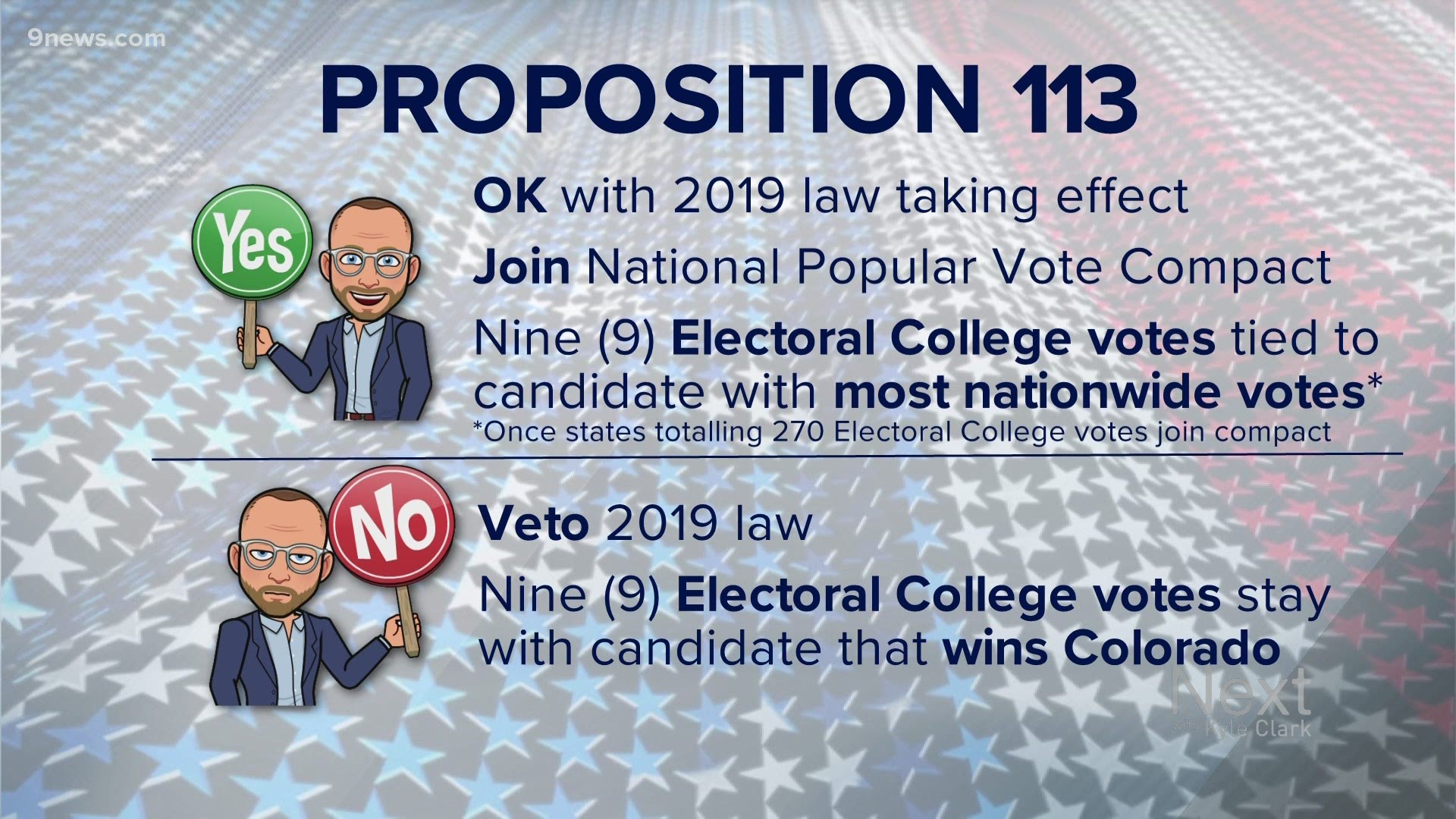 DENVER — Colorado voters have approved Proposition 113, which asked to one day give the state’s electoral college votes to the candidate who wins the national popular vote, according to the latest projections from The Associated Press.

The Associated Press called the race at 3 p.m. Wednesday, with 52% voting for it and 48% voting against it as of this writing.

See the latest results below:

>>> See a breakdown of Proposition 113 in the video player above.

The proposition was slated to only take effect when states totaling 270 or more electoral college votes agree to the compact.

If that were to happen, the candidate who receives the most votes nationwide would receive more than the required 270 electoral college votes to become president.

According to the National Popular Vote organization, states totaling 196 Electoral College votes (including Colorado) have agreed to the compact.

RELATED: How did the US get the Electoral College and how does it work?