The Denver Department of Public Health and Environment said the city's voters have repealed the 31-year-old pit bull ban. 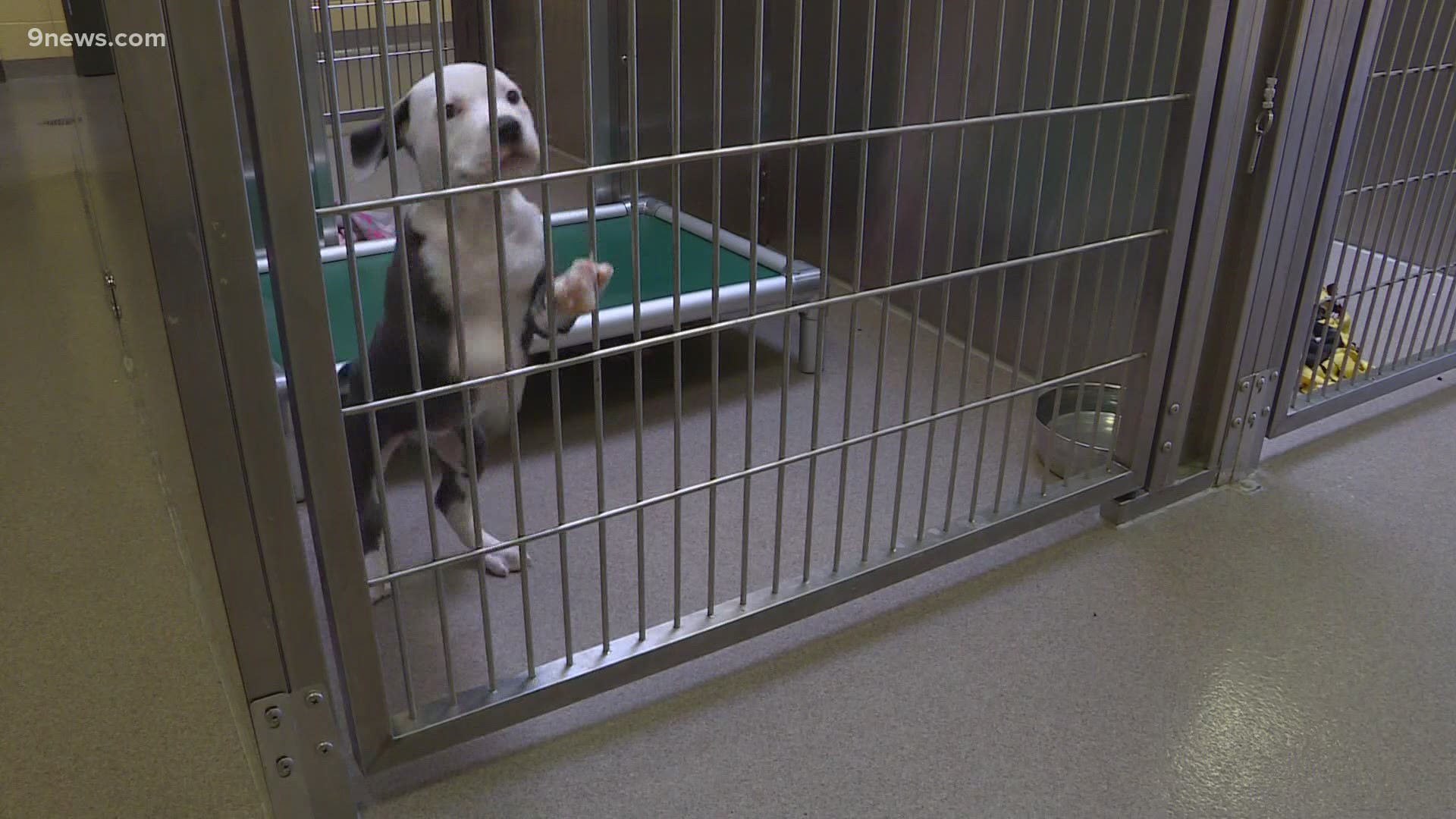 DENVER — Denver voters have overturned the city's 31-year-old pit bull ban, according to a Wednesday morning news release from the Denver Department of Public Health and Environment.

The vote means that Denver residents can now own up to two pit bulls, but only as long as they obtain a breed-restricted permit.

This new ordinance does not go into effect until Jan. 1, but Denver Animal Protection said it has already established an initial permitting process for pit bulls. It expects to release information about how to schedule a breed assessment in the coming days.

“You can get all the requirements done," said Lt. Josh Rolfe with the Denver Animal Protection Division (DAP). "You can get your dog spayed or neutered, get it microchipped, get current vaccinations, but the permit itself can’t be bought until January."

He said if a pit bull owner in Denver brought their dog in for an assessment in the next two months and it was determined to be a pit bull breed, the DDPD would ask the owner to remove the dog from their home temporarily.

Dogs that are registered as pit bulls will undergo a $25 assessment to determine if they have a majority of the physical characteristic of the breed. Dogs that don’t can be registered normally.

The debate on pit bulls in Denver has drawn a lot of attention – Mayor Michael Hancock vetoed a repeal on the ban earlier this year and city council did not have enough votes to override the veto, ultimately sending it to voters instead.

In an emailed statement from Theresa Marchetta, the mayor's communications director, she wrote "while Mayor Hancock has always been forthright in sharing he could not, in good conscious, sign the bill to overturn Denver’s pit bull ban, he has also been very clear he supported putting this decision in the hands of Denver voters."

> Watch the video above for a previous 9NEWS story about Denver's pit bull ban.

Denver measure 2J required pit bull owners to receive a permit and have the animal microchipped.  If there are not problems for 36 months, the dog can be registered like any other in the city.

The breed was first banned in Denver in 1989.

> Click here for full election results from the city of Denver.

RELATED: Denver voters to decide future of pit bulls in the city, county