Four of seven seats on the Douglas County School Board are open on election night, which means more than half of the board could be replaced. 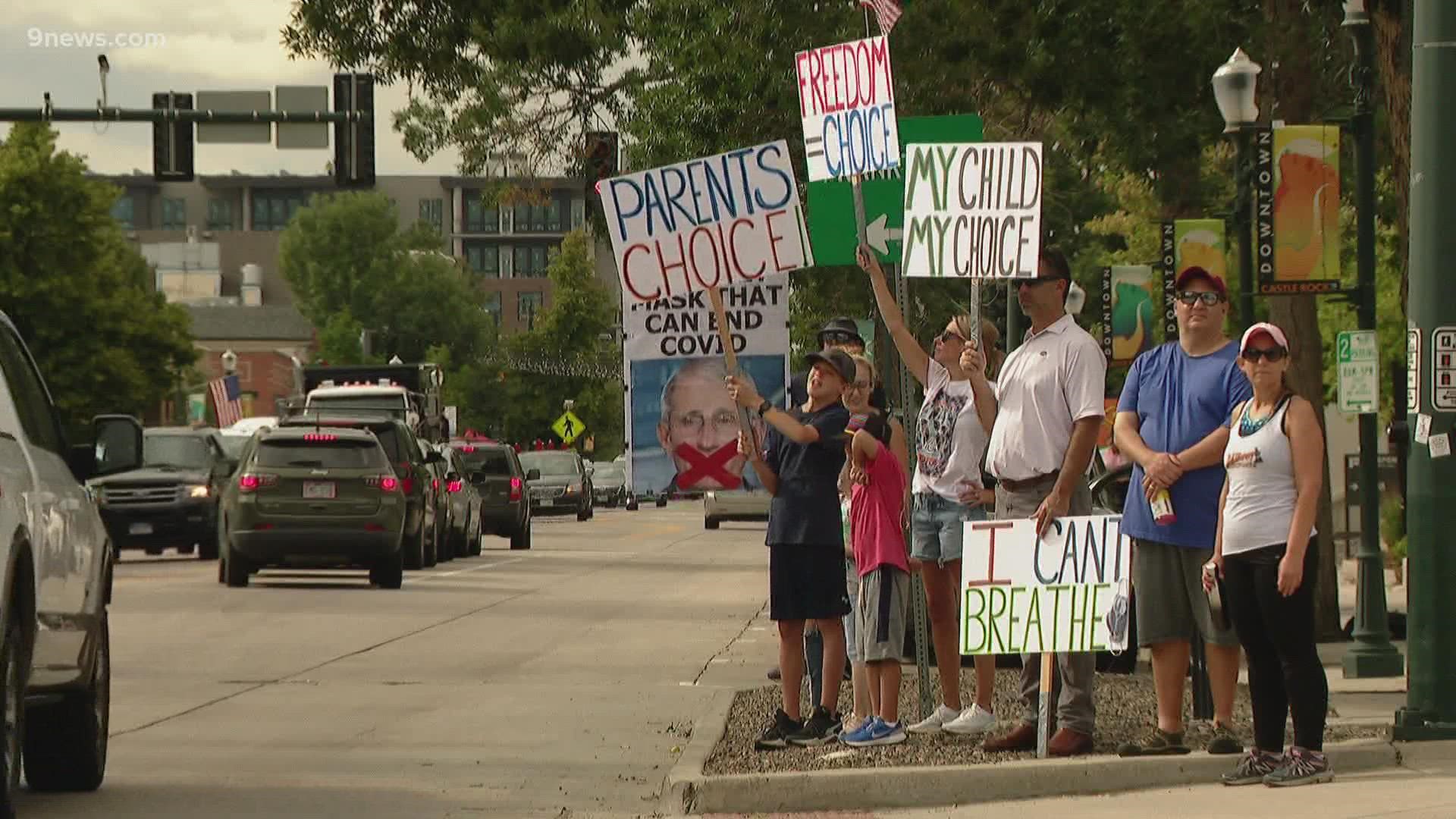 DOUGLAS COUNTY, Colo. — A group of four conservative candidates were leading in election returns for the Douglas County School Board.

Voters in the Douglas County School District (DCSD) were electing four school board directors on Nov. 2. The seven members of the Board of Education are elected to staggered, four-year terms. With four director spots up for election, more than half of the board could be replaced on election night.

The candidates were split into two groups.

A conservative group calling themselves “Kids First” had a goal to make sure the leaders of Douglas County School District prioritize kids first in all decision-making. Candidates in that group include Becky Myers, Kaylee Winegar, Christy Williams and Mike Peterson.

You can read more here.

The others were campaigning under the slogan CommUNITY Matters, and their goal was to keep the current “positive momentum” going, according to the group's website. They argue that in recent years, career training options have expanded and teacher turnover has decreased by one-third. They also hope to keep mental health a priority.

You can read more here.

"This is my first time actually really thinking about, that I may have voted for a school board election," Leslie Leslie Jacot-Guillarmod said outside the Highlands Ranch polling location. "I’ve always done like presidential and primaries and things like that."

Jacot-Guillarmod has four kids and believes voting in this school board election is important because of her strong stance against masks and Critical Race Theory (CRT).

Pat Edwards, a grandmother of a kid in Douglas County schools, agrees.

"I think we’re raising some young people that have no respect and no love for our country, as we once did," she said. "So I want to bring back the founding principles of honesty and morality and goodness and fairness."

Allison Chilton voted in the school board election because she believes people are misunderstanding CRT, and the current school board directors efforts to treat students equally.

“For one thing, Critical Race Theory isn’t being taught," she said. "It’s not mainstream. "It’s kind of an academic thing. It’s a methodology for explaining why the system of justice and pretty much all laws in America were based in racist origins and why that causes systemic racism to continue to exist even if personal racism is on the decline."

The Douglas County School Board race has received national attention, and the "Kids First" group is endorsed by a national PAC called the 1776 project that opposes teaching CRT in schools.

Anthony Graziano currently serves as a director in District B but is not running and will be replaced by a newcomer. Mike Peterson and Juli Watkins are vying to replace him.

District D will also get a new representative as three candidates are running to replace current director Christina Ciancio-Schor.

Incumbent Krista Holtzmann, who is the board vice president, hopes to keep her position in District G but faces a challenge from Kaylee Winegar.

The remaining three board members will keep their seats through 2023 when their terms expire.

District A: Susan Meek (board director)