Q: How many dead people actually 'voted'? A: Only two. 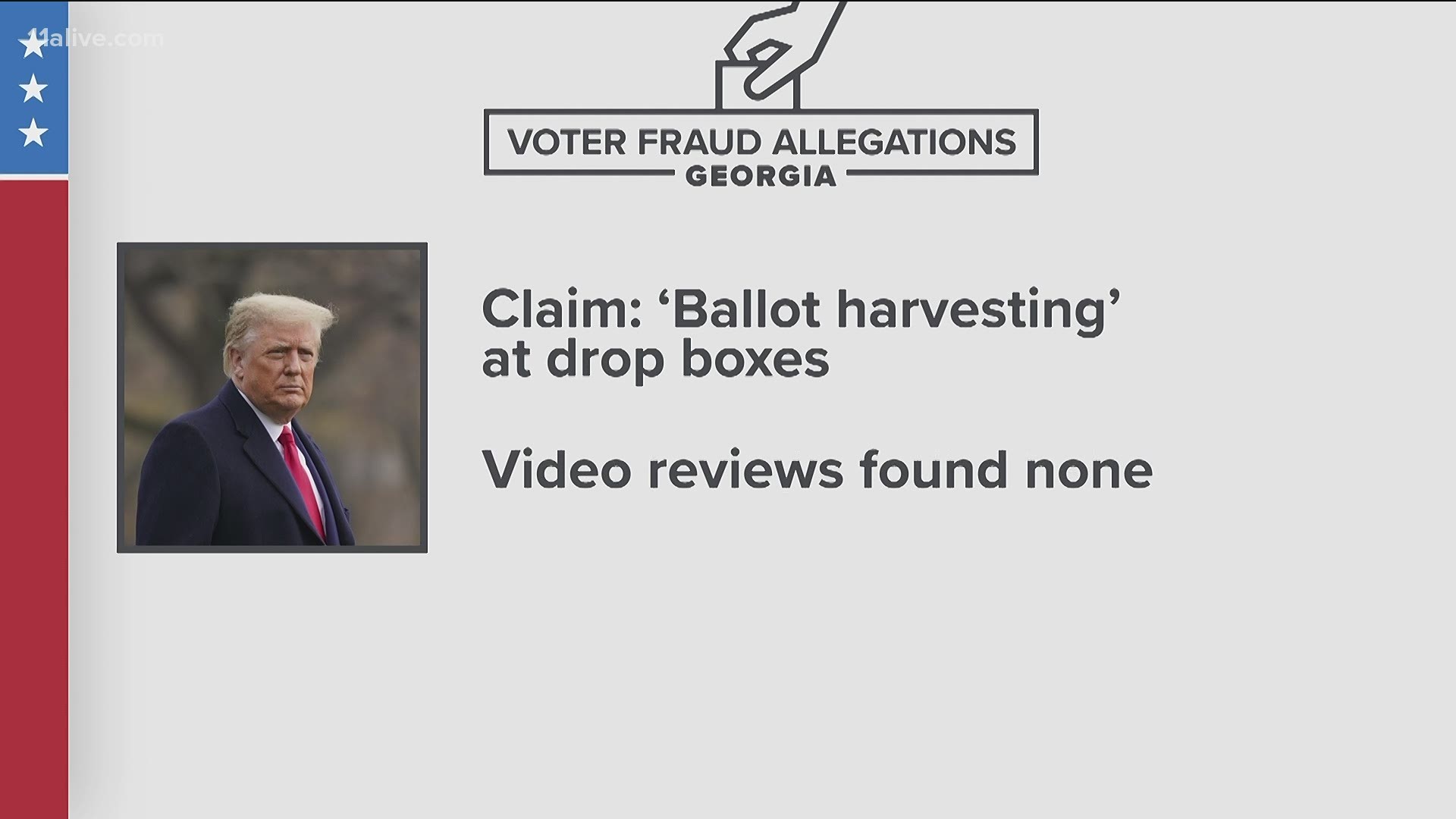 ATLANTA — On Wednesday, state officials took on specific allegations of voter fraud during a legislative hearing and told lawmakers that while some are still under investigation, none have been substantiated.

Despite attacks on Georgia’s election from President Donald Trump and some of his backers, state election officials say the 2020 election was free of any significant fraud.

According to the Trump campaign, 2,056 felons still under sentence in the state of Georgia voted illegally. State officials said they are investigating a total of 74 potential felons who may have cast ballots.

The Trump campaign claims that some 66,000 underage people voted during the 2020 general election. The state says the actual number of underage voters was zero.

"There were four people who requested a ballot before they turned 18," Secretary of State counsel Ryan Germany told the state House Government Affairs Committee on Wednesday. "And they all turned 18 prior to November 3 --  which means they’re allowed to vote."

According to Germany, the Trump campaign complained that 2,423 unregistered people were allowed to vote. He said the actual number was zero.

Germany said that the Trump campaign complained that 30,000 people voted in Georgia and another state. Investigators have only found three such voters.

He said that the Trump campaign complained that 10,000 dead people voted during the general election. Germany said they have found a total of two.

"Usually, that’s somebody who died recently, and a family member votes with (the name)," Germany said. "That handful of instances are consistent with what we see in every election. Again, it’s not ok,."

He added the cases would be referred to the state election board for possible penalties.

The Trump campaign has also complained a lot about signatures on absentee ballots.

Secretary of State Brad Raffensperger told the committee he supports changing the law to require voters requesting absentee ballots to provide a reason for requesting the ballot.