The motion would at least broach the topic of passing the investigation along - for possible prosecution - to the board who would still have to approve it. 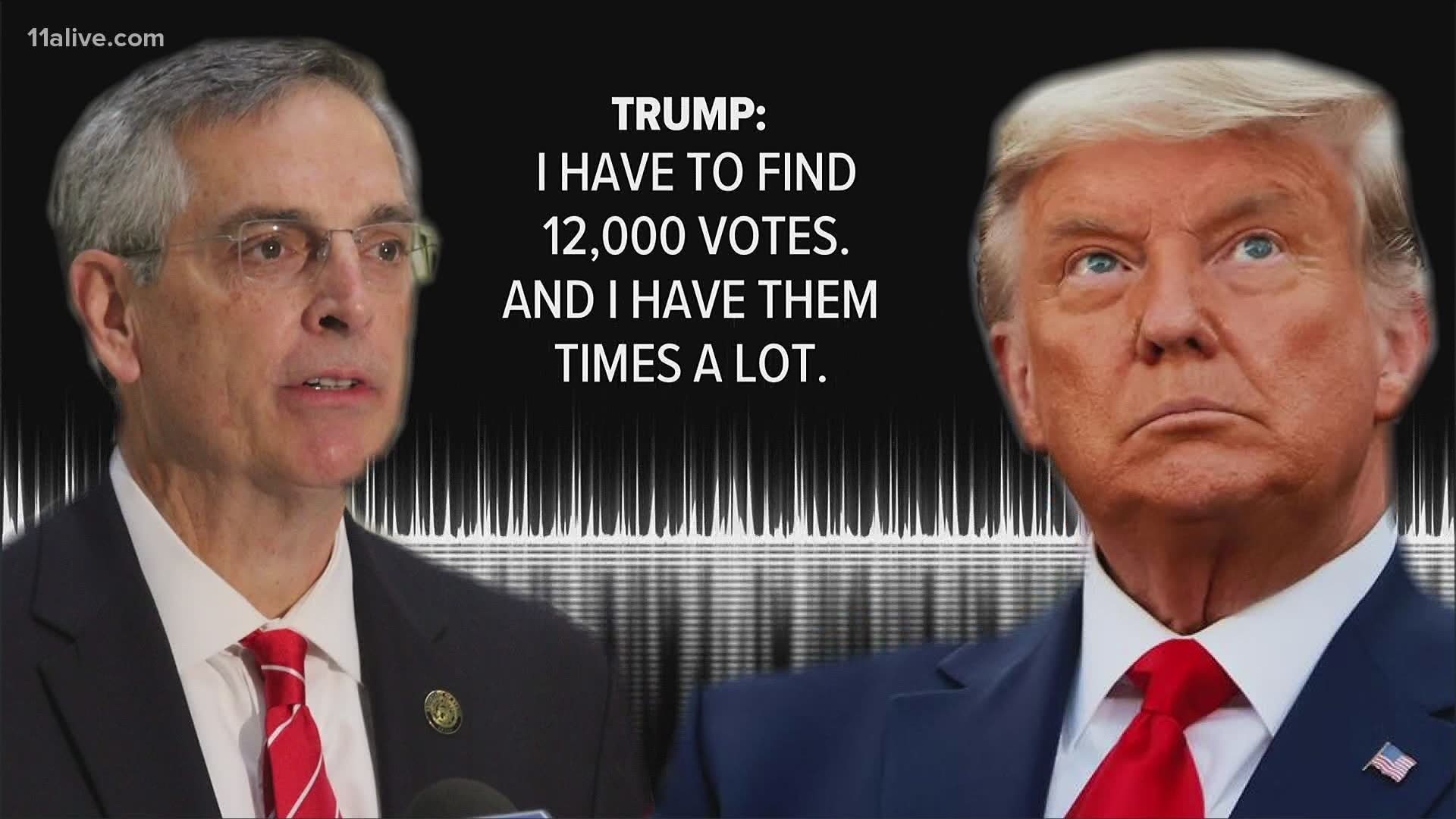 ATLANTA — A Georgia attorney and member of the state board of elections tells 11Alive he intends to make a motion that could eventually lead to charges against Donald Trump in Fulton County.

Board member David Worley said on Saturday night that it is his intention at the next meeting of the elections board to make a motion to have an investigation into the phone call between Trump and Secretary of State Brad Raffensperger turned over to the Fulton County District Attorney for prosecution.

While his motion would still need to receive board approval, it signals a step closer to possible court filings against the president for the now-infamous call.

The recorded call was first reported by Washington Post, which released audio on Jan. 3. In the one-hour conversation, Trump is heard pressuring Raffensperger to "recalculate" the vote count because "I just want to find 11,780 votes."

Throughout the call, Raffensperger rejected pushes to do so, standing behind the final election count which was the result of the initial tally, a hand-audit and a recount requested by Trump's campaign.

If the investigation into the call does, in fact, make its way in front of newly-sworn-in District Attorney Fani Willis, she has said she will "enforce the law without fear or favor."

Those words come from a Jan. 4 statement from her office regarding the call.

"Anyone who commits a felony violation of Georgia law in my jurisdiction will be held accountable," she stated. "Once the investigation is complete, this matter, like all matters, will be handled by our office based on the facts and the law."

She added that she found the call "disturbing" while also acknowledging reports that a member of the state elections board had requested the Secretary of State's Elections Division investigate the call.

After this, she said the board can refer the case to her office and the state attorney general.