Biden is apparent winner in Georgia

After a nail-biting race in Georgia, NBC projects that Joe Biden has apparently won the state – and its coveted 16 electors. 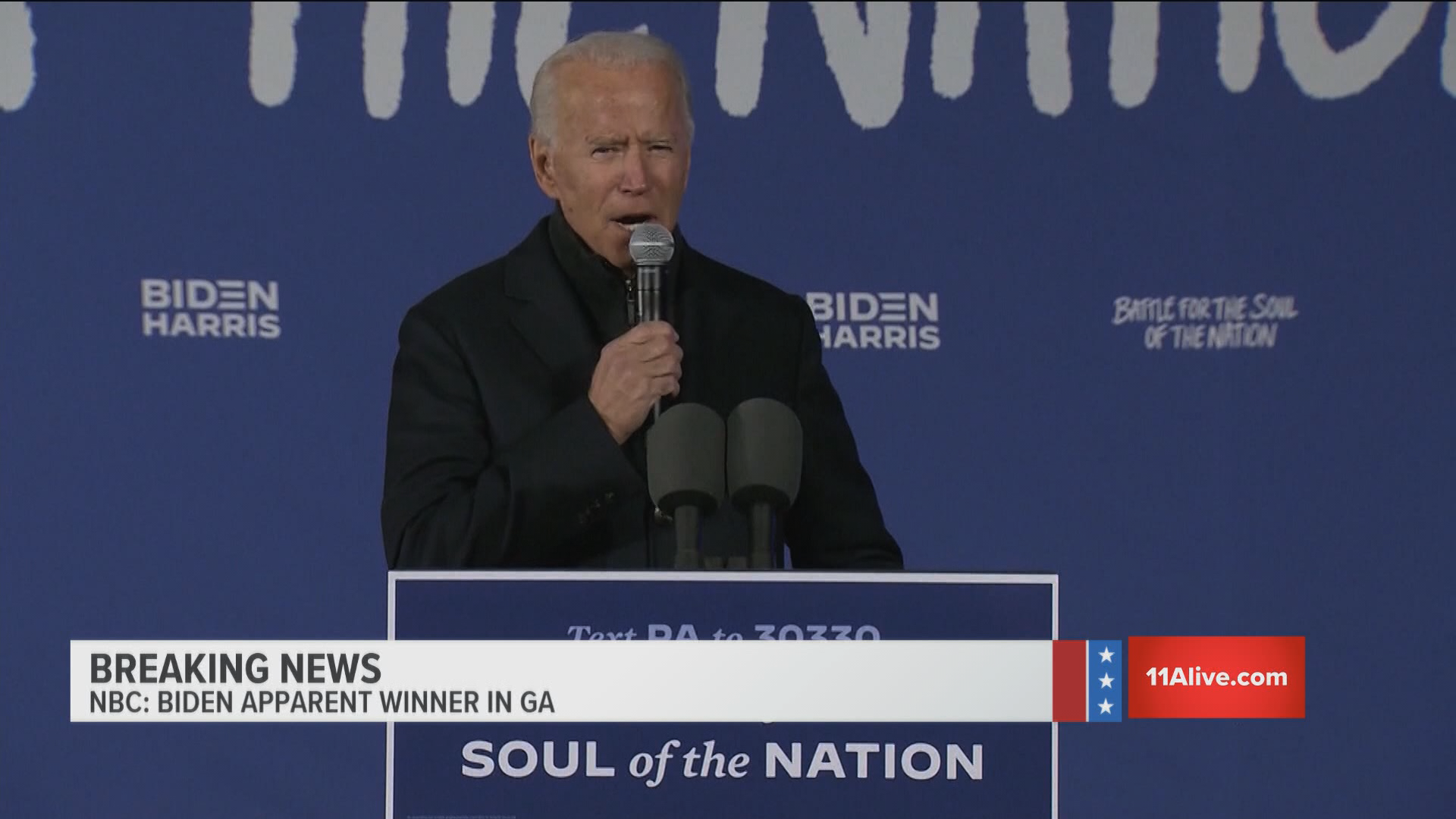 ATLANTA — The victory comes after Biden, who initially trailed the President by a wide margin, was able to claw his way back from behind to clinch the win.

NBC News has called the state for Biden, however, the Associated Press has not done so yet.

His success was likely thanks to the tallying of the absentee, mail-in and drop-off ballots that were favored by Democrats during an election year plagued by the coronavirus pandemic.

Right now, all 159 counties in Georgia are conducting an audit of the presidential election results. Each ballot is being counted by hand. This process is not a recount. Recounts must be requested by a candidate.

Historically, Georgia has been a solidly Republican state and has not voted for a Democrat since it elected Bill Clinton in 1992. The only other exception in which a Democrat got its vote was Georgia-born Jimmy Carter in 1976 and 1980.

Trump won the state by more than 5 points in 2016, and prior to that, Romney took Georgia by nearly 8 points in 2012. But, Georgia’s changing demographics has moved it solidly into swing-state status, making it one of the 12 battleground states to watch in the national election.

The shift first emerged in the 2016 election, when both Cobb and Gwinnett counties flipped from red to blue. Two years later, in 2018, Democrat Lucy McBath also won the state’s 6th Congressional District, flipping the seat – again from red to blue – in the once-conservative stronghold.

Add to that, the razor-thin margin by which Republican Gov. Brian Kemp won the 2018 gubernatorial race with Democrat Stacey Abrams.

That trend of a blue shift seemed to hold this year, too, with close Senate races and many Republican incumbents in Cobb unseated. And in Gwinnett County, District Attorney Danny Porter, a Republican, lost to Democrat Patsy Austin-Gatson.