Monday was the Senate's first hearing on House Bill 531. 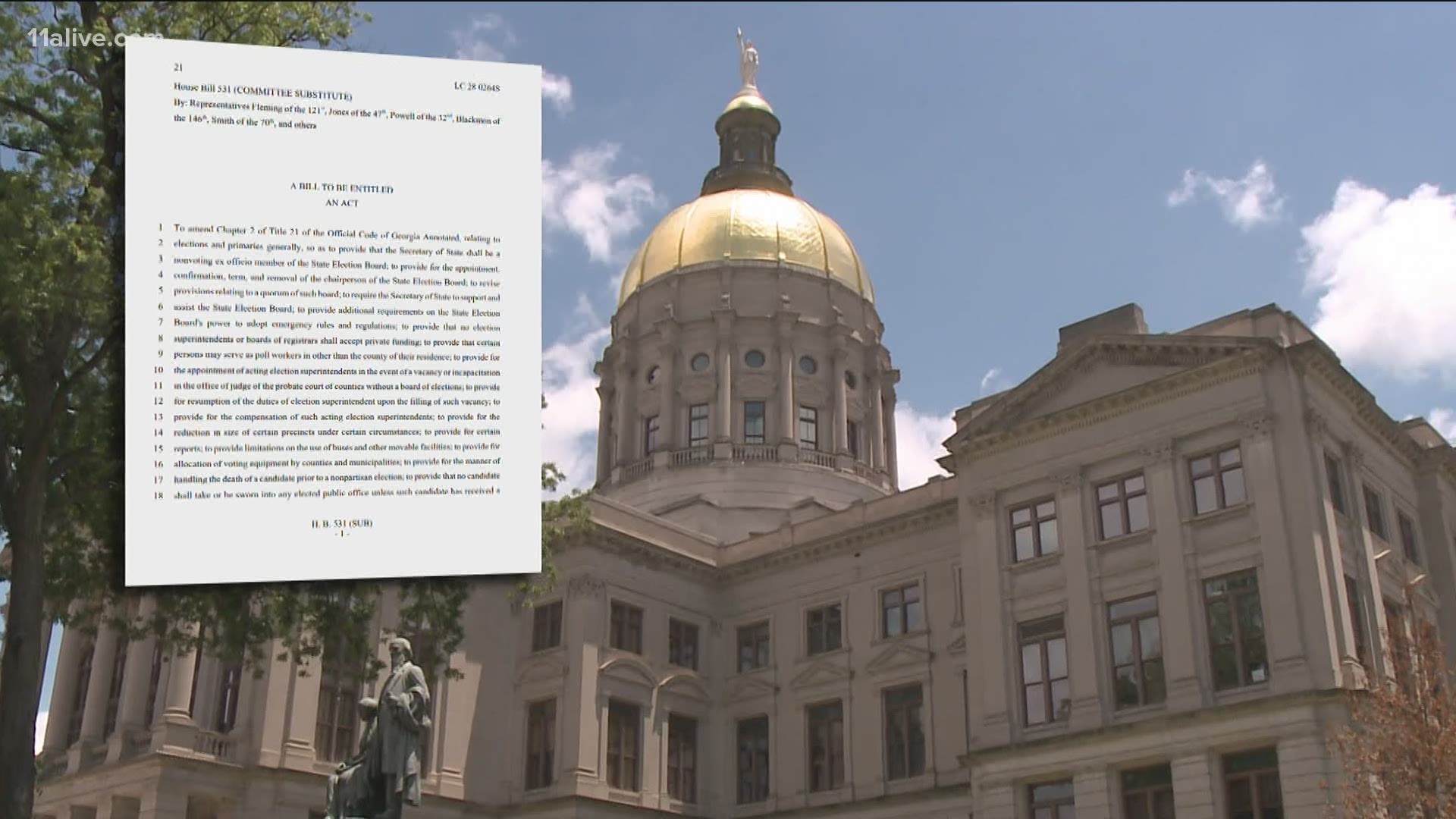 ATLANTA — A controversial election bill is getting a lot of attention at the Georgia State Capitol as lawmakers try to hammer out which provisions stay and which ones go.

Monday was the Senate's first hearing on House Bill 531.

When the bill passed through the Georgia House on a party line vote, Republicans said it would restore voter confidence. Democrats, however, called it voter suppression.

The state lawmaker lost his job in Hancock County last week as the county attorney following a protest – because of the measure.

The bill adds an ID requirement for absentee ballot requests – but just an ID number if it’s government issued, like a driver’s license. It requires a copy of other identifying information like a utility bill, if the voter lacks a government ID.

It would also limit the number of absentee ballot drop boxes. It also requires drop boxes to be kept indoors, and inaccessible if the building is closed.

Democrat and state senator from DeKalb County, Sally Harrell, questioned if the bill is taking local control away from larger counties, which traditionally offer more early voting than smaller counties.

"We need those hours in order to reduce the long lines during other hours," Harrell said.

"So, with most things, we are trying to have a balanced approach here. This would actually set longer hours for weekend voting than what exists in probably many counties," Fleming claimed.

The Senate recently also passed its own bill to overhaul the state's elections.

Monday's hearing didn't include any vote and didn't bring up merging ideas from the House or Senate, but it marked the beginning of the two chambers discussing elections reform together.