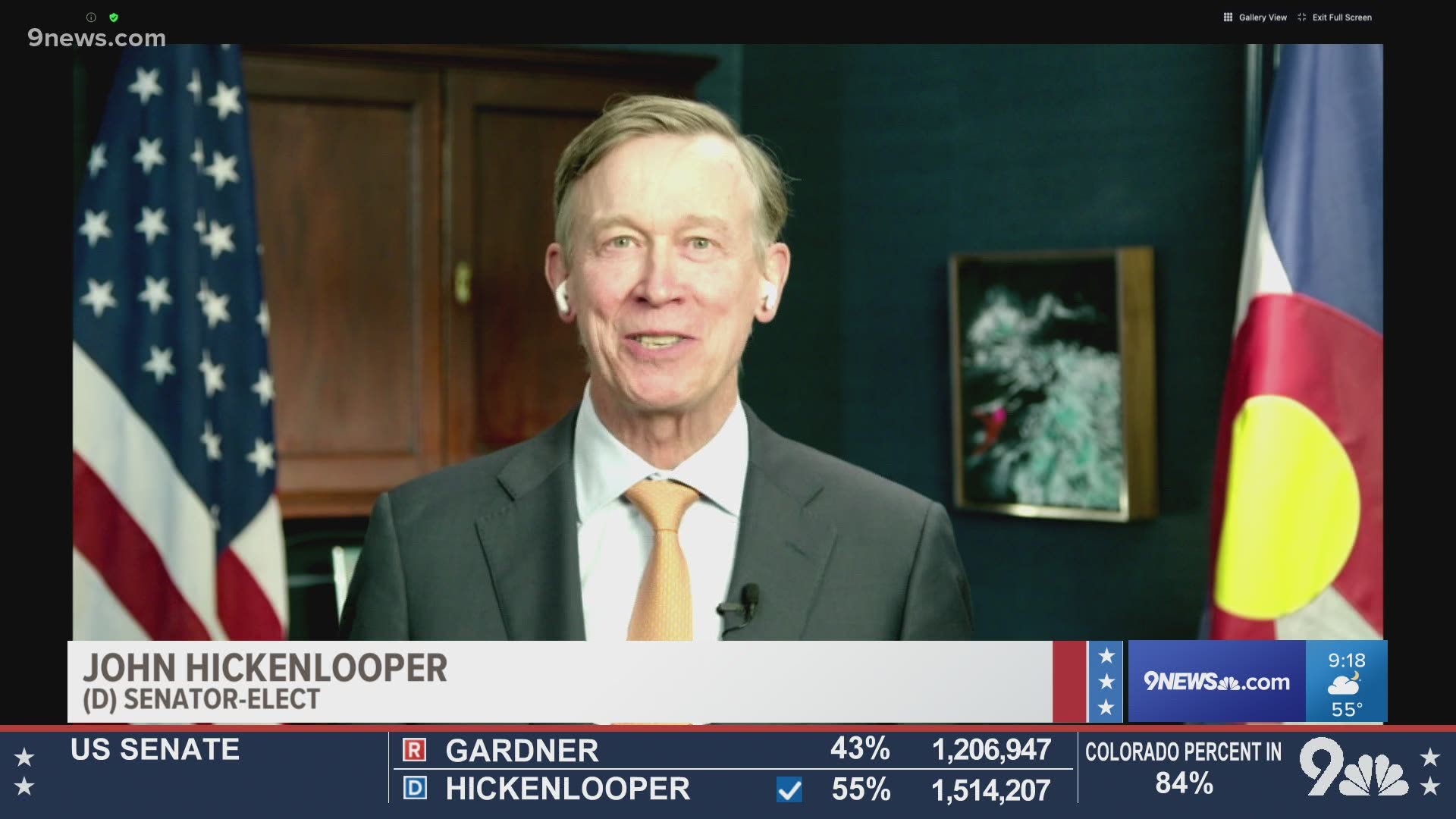 This has been one of the most closely watched U.S. Senate races in the country, with Democrats seeing it as an opportunity to win a seat from the Republican majority. Gardner was one of two Republican senators in states that Hillary Clinton had won in 2016.

By winning this election, Hickenlooper remains undefeated in Colorado political races. This is the first election that Gardner has lost.

Gardner conceded to Hickenlooper less than an hour after polls closed on election night.

“Please understand: to all the people who supported our efforts tonight, his success is Colorado’s success, and our nation and our state need him to succeed, and need to be united together," Gardner said during his concession speech. 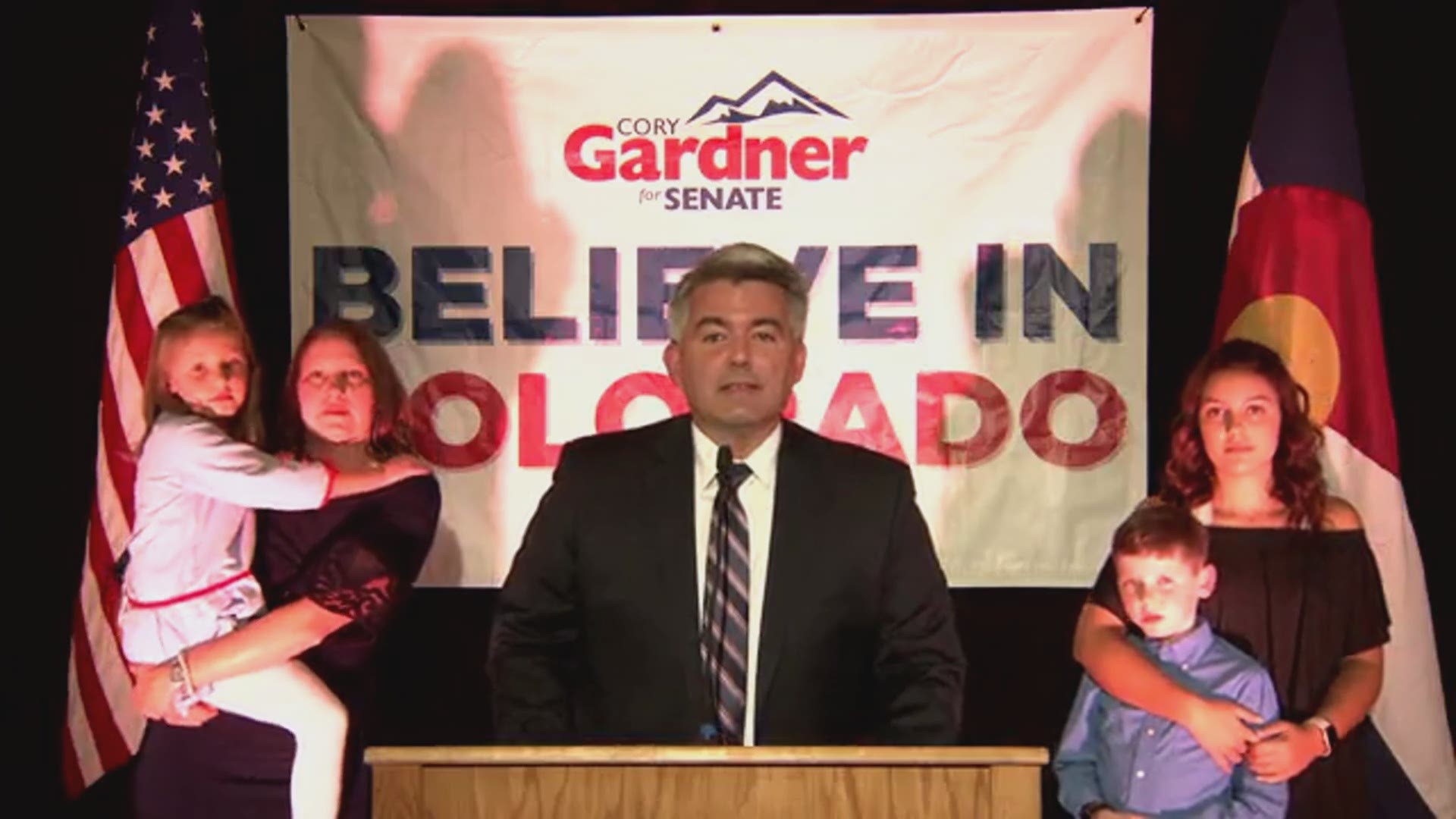 During his victory speech, Hickenlooper shared a similar message of bipartisanship.

“I want to thank Senator Gardner for his service and wish him and his family the very best," Hickenlooper said. “I want to say everyone who voted for him, I’ll be your Senator as well.”

Hickenlooper’s victory in the U.S. Senate comes after a presidential campaign that failed to pick up steam nationally. At the time, he had said that he did not want to become a senator but then changed course.

His Senate victory comes after he was found in violation of some of Colorado’s ethics rules and was forced to pay a $2,750 fine – something that has been a focus of the campaign against him.

Gardner was first elected to the Senate in 2014 when he defeated incumbent Democrat Mark Udall. A longtime Colorado politician, he represented northern Colorado’s 4th Congressional District from 2011 to 2015 after defeating incumbent Democrat Betsy Markey.

He also served in the Colorado House of Representatives from 2005 to 2010.

See the latest election results below. Counties will begin releasing them at 7 p.m.

RELATED: How The Associated Press counts votes and calls races

For all of the latest election results, head to www.9news.com/elections.