Magellan Strategies' survey shows Bernie Sanders is in the lead with Democratic voters in Colorado, but undecided voters may decide the winner of the primary. 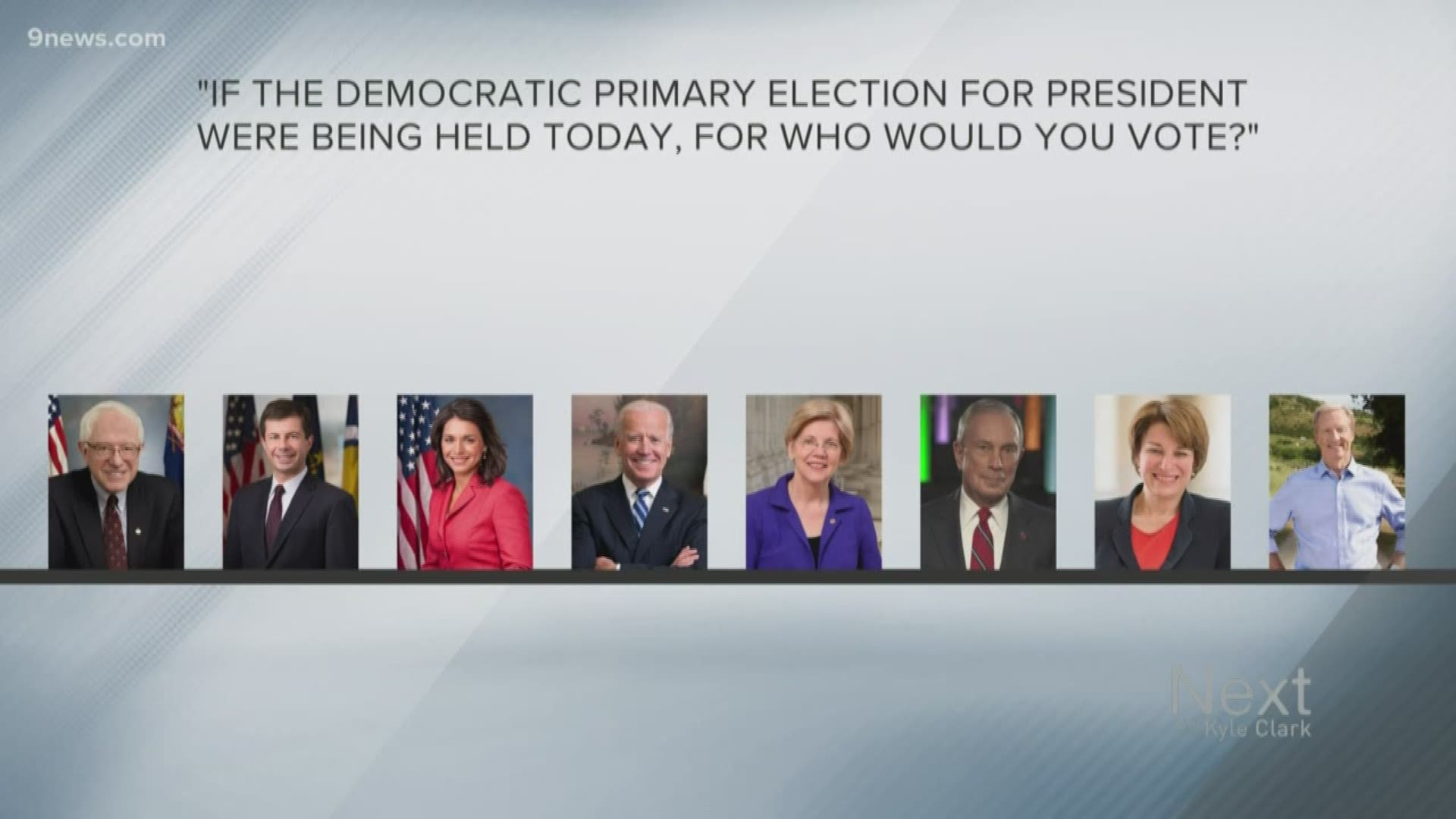 COLORADO, USA — Days away from Super Tuesday, Bernie Sanders appears to have a double-digit lead in Colorado over other candidates in the Democratic presidential primary, according to a survey of Democratic and unaffiliated voters.

Magellan Strategies, a conservative-leaning firm based in Louisville, Colo., conducted a Colorado voter opinion survey of the 2020 Democratic presidential candidates. Magellan polled 500 people -- 350 Democrats and 150 unaffiliated -- by phone on Monday and Tuesday of this week, just after several of the candidates made campaign stops in and around Denver.

Michael Bloomberg and Joe Biden both polled 11%, Amy Klobuchar had 6%, and Tulsi Gabbard and Tom Steyer polled at 1% with surveyed voters.

The poll had a 4.38% margin of error, however, meaning the majority of candidates could miss the mandatory 15% threshold to qualify for delegates. Fifteen percent of all voters also said they had not yet made up their mind or they chose not to answer.

RELATED: Candidates no longer running for president may or may not be on the primary ballot — here's why

Nearly half of young voters from ages 18 to 44 (49%) said they would vote for Sanders, and he led with women at 23%. He polled at 45% with people who described themselves as "very liberal" and 27% with more moderate voters, who said they were "somewhat liberal."

Unaffiliated voters (25%) favored Sanders, according to the poll. Where he fell behind was with voters age 65 and older, who prefer Bloomberg and Biden.

Most voters who participated, 57% of them, agreed that beating Pres. Donald Trump in 2020 was more important than picking a candidate who reflects their values.

It’s too late to mail in your ballot before the March 3 primary, but people can return them to ballot boxes or vote in person at polling places. Polling locations are listed on the Secretary of State’s website.

As of Friday, 938,464 ballots have been returned in Colorado. A slight majority of them are from Republican voters, followed next by Democrats. Unaffiliated voters have returned less than 100,000 ballots.

You can see the all the survey results here.