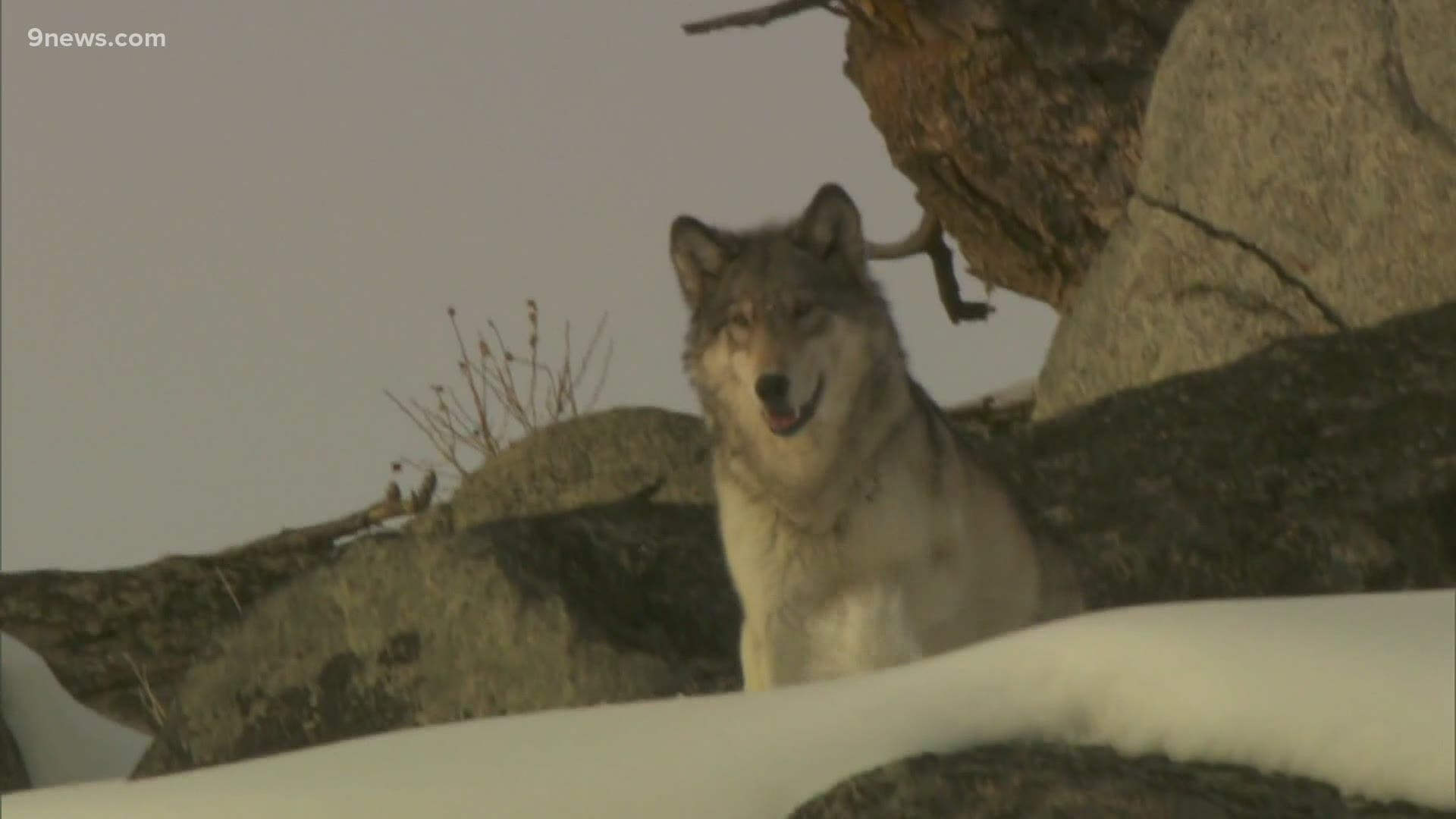 DENVER — Colorado Parks and Wildlife said in a news release Proposition 114 passed, and the planning to reintroduce grey wolves in the state can begin.

The Associated Press has not yet called the race for Proposition 114, which as of this writing leads by a little over 26,000 votes.

This is what comes next:

Earlier Thursday, a group in opposition to the effort to reintroduce grey wolves issued a statement about the measure possibly passing.

Proposition 114 asked to allow Colorado Parks and Wildlife to reintroduce and manage grey wolves west of the Continental Divide by the end of 2023.

See a breakdown of the vote below:

Coloradans Protecting Wildlife – the group that opposed the proposition – said it believed it will likely pass.

“Coloradans Protecting Wildlife stands firm in our belief that the forced introduction of wolves into Colorado is bad policy and should not have been decided by the voters,” the organization’s statement reads. “While the election did not turn out as we had hoped, we are moving forward to continue to educate Coloradans about the importance of this issue. The election results demonstrate that nearly half of Coloradans agree with us. We hope these election results show proponents, lawmakers and Colorado Parks and Wildlife that next steps must be taken in a measured, responsible way”

Gray wolves were present in Colorado until roughly the 1930s, when they were eradicated from much of the western U.S.

A wolf pack has recently been spotted in northern Colorado, and the species has been reintroduced in Idaho and Montana as well as Yellowstone National Park in the 1990s.

Last year, the U.S. Fish and Wildlife Service proposed delisting gray wolves from the endangered species list, saying they are no longer at risk for extinction.

Proponents of reintroducing gray wolves have said it would potentially reinvigorate the ecosystem, while opponents have argued it could have a potentially detrimental impact on wildlife.

As votes continued to be counted Thursday, Rob Edward felt confident Colorado would pass Proposition 114. The president of Rocky Mountain Wolf Action Fund helped get the measure on the ballot.

“Colorado is a lesser place without our wolves from an ecological and spiritual perspective," Edward said. "The fact is that wolves are the engine of evolution. They restore the balance of nature.”

Edward didn't expect any surprises Thursday, but Jube Baker was hoping for one. The rancher lives and works on the Southern Ute Indian Reservation. He said reintroducing wolves could threaten his cattle and livelihood.

“I see [wolves] killing a lot of livestock down here," Baker said. “I see that the people in the big cities are most of the vote where they’re not going to have to deal with the problems these wolves are going to cause.”

“There are ranchers who voted for this," Edward said. "I guarantee you.”

>>> Watch the video above for a look at the pros and cons of Prop 114 from 9NEWS Political Reporter Marshall Zelinger.

RELATED: Trump officials end gray wolf protections across most of US