Ethics board votes unanimously to subpoena Hickenlooper to testify Thursday 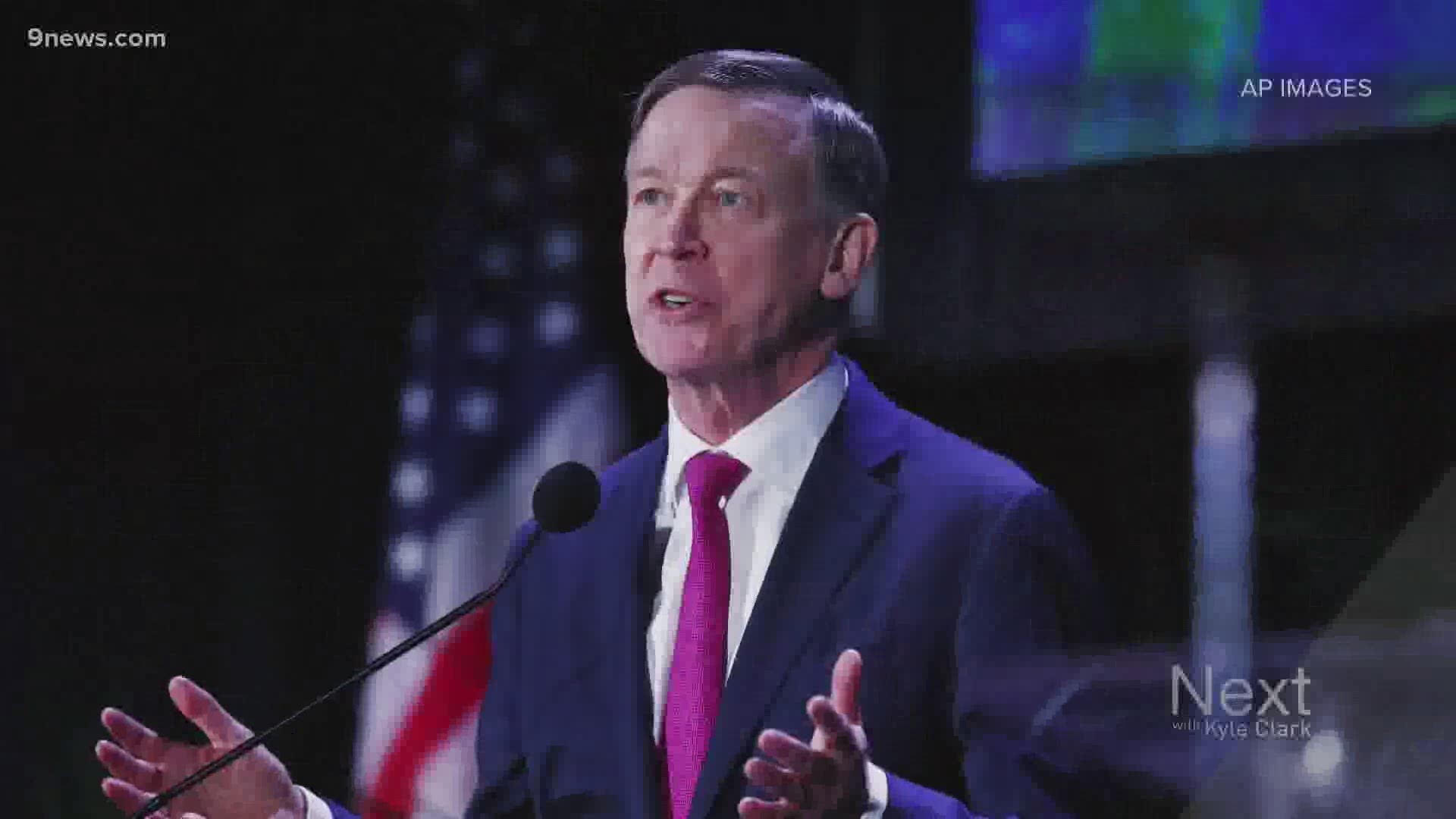 The former governor faces an ethics probe over whether accepting private jet travel from wealthy supporters constituted illegal gifts. Hickenlooper has denied that accepting the flights broke the law.

Hickenlooper requested to submit written testimony for the hearing, but the IEC denied that request on Wednesday.

The notice filed by his attorney says Hickenlooper’s due process rights would be violated by a video hearing.

Hickenlooper is seeking to delay his public testimony until August, at which time, Democratic primary voters will have decided whether Hickenlooper or former House Speaker Andrew Romanoff will face Republican Senator Cory Gardner in the general election.

Last week, 9NEWS asked whether Hickenlooper would hide out to avoid being served with a subpoena prior to the ethics hearing; his campaign manager repeatedly declined to answer.

The ethics complaint was submitted by the Public Trust Institute regarding travel and gifts provided to Hickenlooper in 2018, while he was still governor.

Some of the items include trips on private jets, meals and car travel provided by a conference in Italy.

Former Republican Speaker of the House Frank McNulty, who brought the ethics complaint against Hickenlooper through the Public Trust Institute, said he would also prefer an in-person hearing, but that he would be willing to participate remotely.

Hickenlooper's legal team is trying to quash the subpoena in Denver District Court. His lawyers said that video glitches could interfere with the ability of the ethics commission to ascertain credibility.

The Public Trust Institute argued that if Hickenlooper has time to film a new TV ad for his Senate campaign, he can appear for a remote ethics hearing.