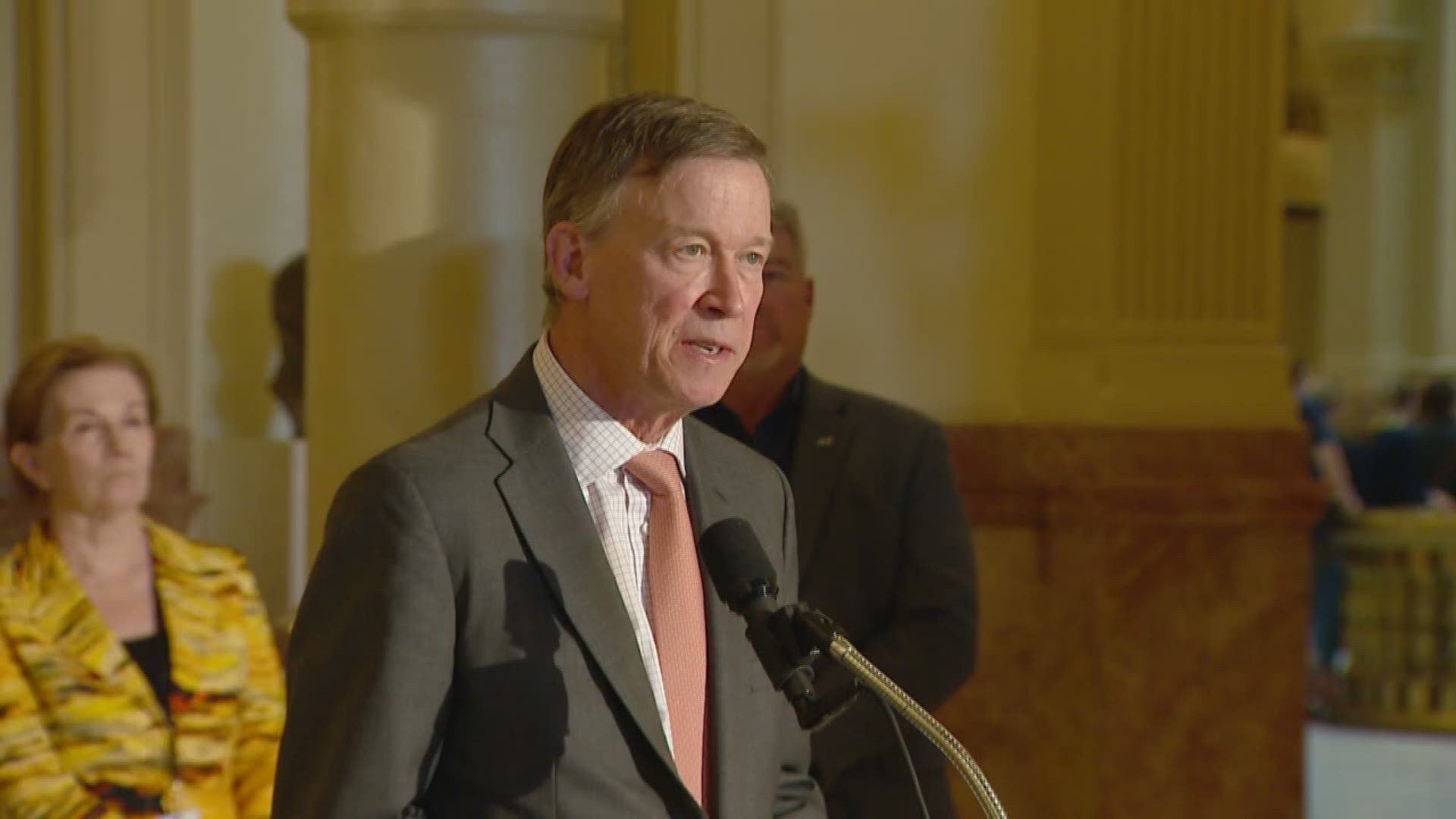 Hickenlooper, a Democrat, made the comment shortly after he signed a largely symbolic executive order barring Colorado from using state resources to separate children from their parents at the southern border.

The governor was asked “are you accusing the Trump administration of abusing children?"

Hickenlooper first invited a medical expert to address the question directed at him and then jumped in.

“Of course it’s abusive,” Hickenlooper said of the Trump administration’s handling of immigrant families. “It is.”

“It’s hard to imagine you take children away from their families in a traumatic situation that it’s not going to have negative consequences, right? That’s abuse,” Hickenlooper said.

Nearly 2,000 children have been taken from their parents since the Trump administration announced its “zero tolerance” policy aimed at deterring illegal immigration.

In the executive order, Hickenlooper called the practice of separating children from their parents at the southern border “offensive to our core values as Coloradans and as a country.”

The order only relates to cases where children are solely separated from their parents due to immigration status. It does not apply to situations where a court has determined it is in the child’s best interest to be separated from his or her parents, or is a victim of abuse or human trafficking.

Hickenlooper admitted the executive order amounts to little more than a statement, a “rebuke” of the Trump administration, and that he’s not aware of any state resources currently aiding in the separation of children from their families.

Hickenlooper signed the order the same day that Homeland Security Secretary Kirstjen Nielsen defended the policies, saying that “we will not apologize for doing our job.”

“This administration has a simple message – if you cross the border illegally, we will prosecute you,” she said during a speech at the National Sheriffs’ Association in New Orleans.

"We do not have a policy of separating families at the border. Period," Nielsen tweeted late Sunday. "For those seeking asylum at ports of entry, we have continued the policy from previous administrations and will only separate if the child is in danger, there is no custodial relationship between 'family' members, or if the adult has broken a law."

“It is the Democrats fault for being weak and ineffective with Boarder Security and Crime,” the president tweeted. “Tell them to start thinking about the people debasted by Crime coming from illegal immigration. Change the laws.”

It is the Democrats fault for being weak and ineffective with Boarder Security and Crime. Tell them to start thinking about the people devastated by Crime coming from illegal immigration. Change the laws!

First Lady Melania Trump weighed in on the policy through her communications director, saying she “believes we need to be a country that follows all laws, but a country that governs with heart.”