HB 2466 increases the amount of time survivors of child sex assault have to sue their alleged abusers. 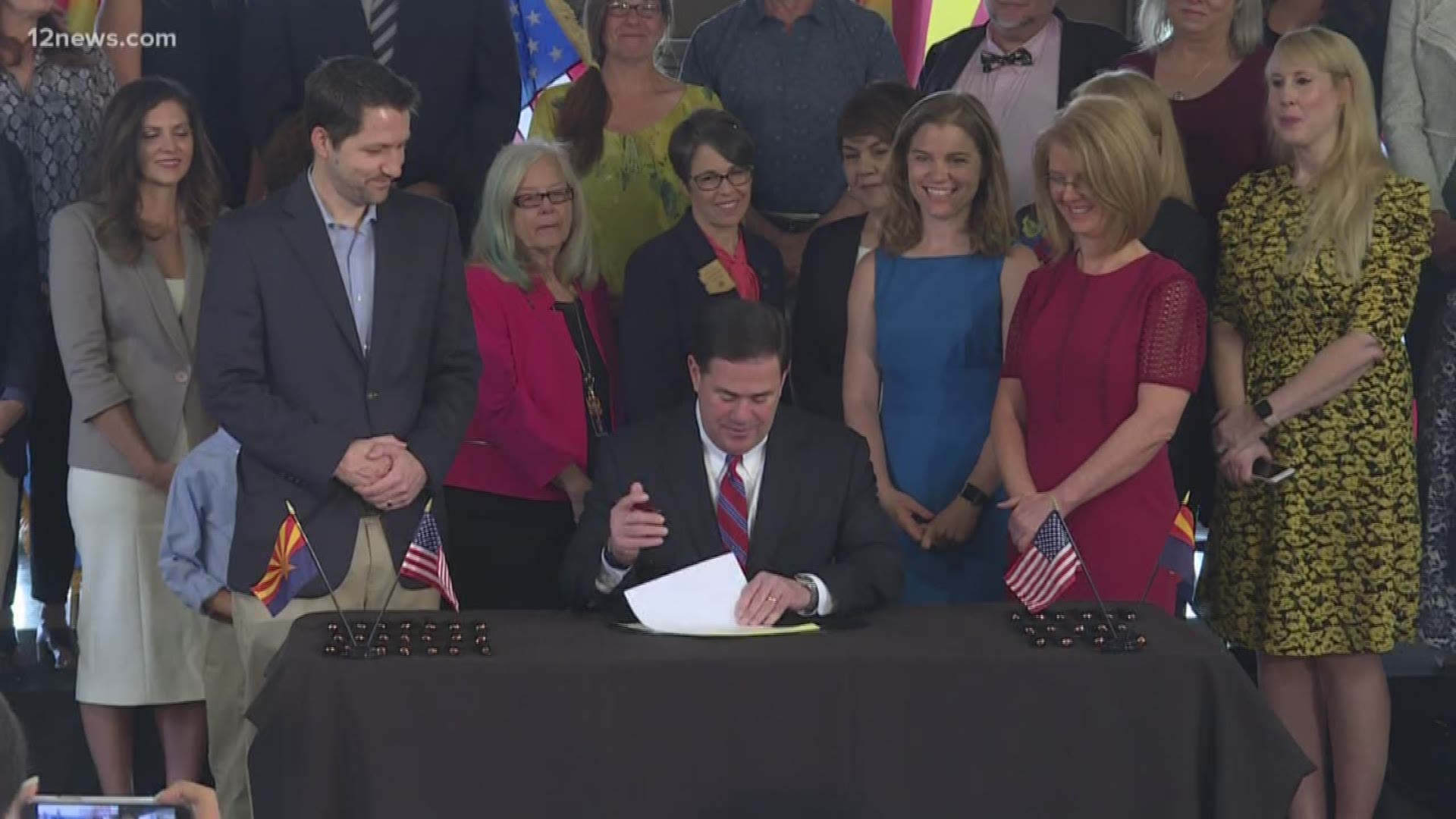 Supporters of the bill say it often takes years for child sex abuse survivors to process and cope with what was done to them.

Before the bill was proposed, minors could not file a lawsuit against their assailant past the age of 20. Now, HB 2466 extends it to age 30.

“Today, we strengthen our laws. Today, we act to protect children who may have otherwise suffered at the hands of predators,” said Gov. Doug Ducey during the bill signing in the Executive Tower lobby at the State Capitol.

The bill did not pass without a fight.

Republican senators Paul Boyer and Heather Carter had said they would vote “no” on the state budget if lawmakers didn’t vote for the bill.

“This is a significant win for survivors, for victims, and make sure that no other child is harmed in the state of Arizona in this manner,” said Sen. Boyer.

The senator says there is a national hotline for victims to call and come forward, 800-656-HOPE.

Governor Ducey also announced the creation of The Justice for Victims of Child Sex Abuse task force, which will evaluate the laws for protecting children of sexual abuse and bring further reform.