The Democratic lawmakers were protesting the proposed election reform bills making their way through the House. 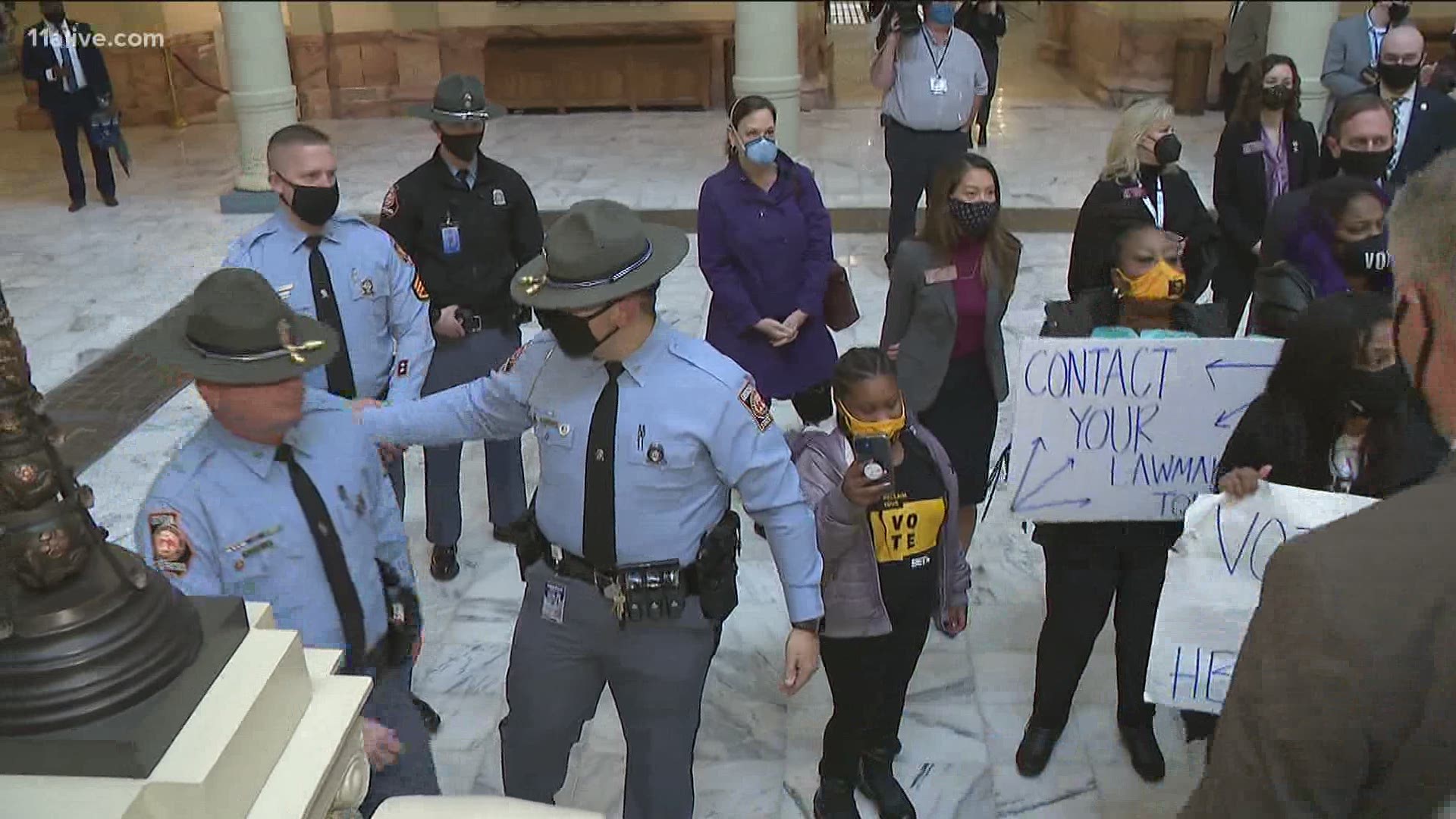 The House members, numbering about a dozen or so, according to 11Alive's Doug Richards, held signs and chanted in front of the large marble staircase in the capitol building, Richards said.

The protesters could be heard chanting, "Stop voter suppression."

Among the signs being held by the protesters included ones that said "Protect The Vote", "You Can't Stop The Revolution", and "Vote No on HB 531."

Eventually, a state trooper, using a megaphone presented himself and announced the protesters were in violation of a statute that suggested that they were disturbing the lawmakers while the General Assembly was in session.

"You will disperse immediately, or you will be arrested," the trooper said, using a bullhorn.

State Rep. Park Cannon (D-Atlanta) put her head in front of the bullhorn, causing the amplification to feed back into a screech.  Another trooper grabbed Cannon by her elbow, encouraging her to move away.

Cannon protested the physical contact. And she confronted the trooper regarding the statute he had cited, pointing out that the House wasn't in session at that moment.

"Session is adjourned, so there is no disrupting of the session," Cannon said. Session is over! That is why all the members are out!"

Although the House had recessed for lunch, the Senate was still in session.

"No! That is not true," Cannon said. "There is no disrupting of the members."

Following the confrontation, Richards said, the protesters sat down on the staircase and remained there.  Cannon said she wanted a public apology from the trooper who touched her.  She declined an offer of a private conversation.

The sit-in occupied the remainder of the House session, which re-convened, then adjourned within two hours.

There were no arrests.