The late congressman and Civil Rights hero would have turned 81 last Sunday. 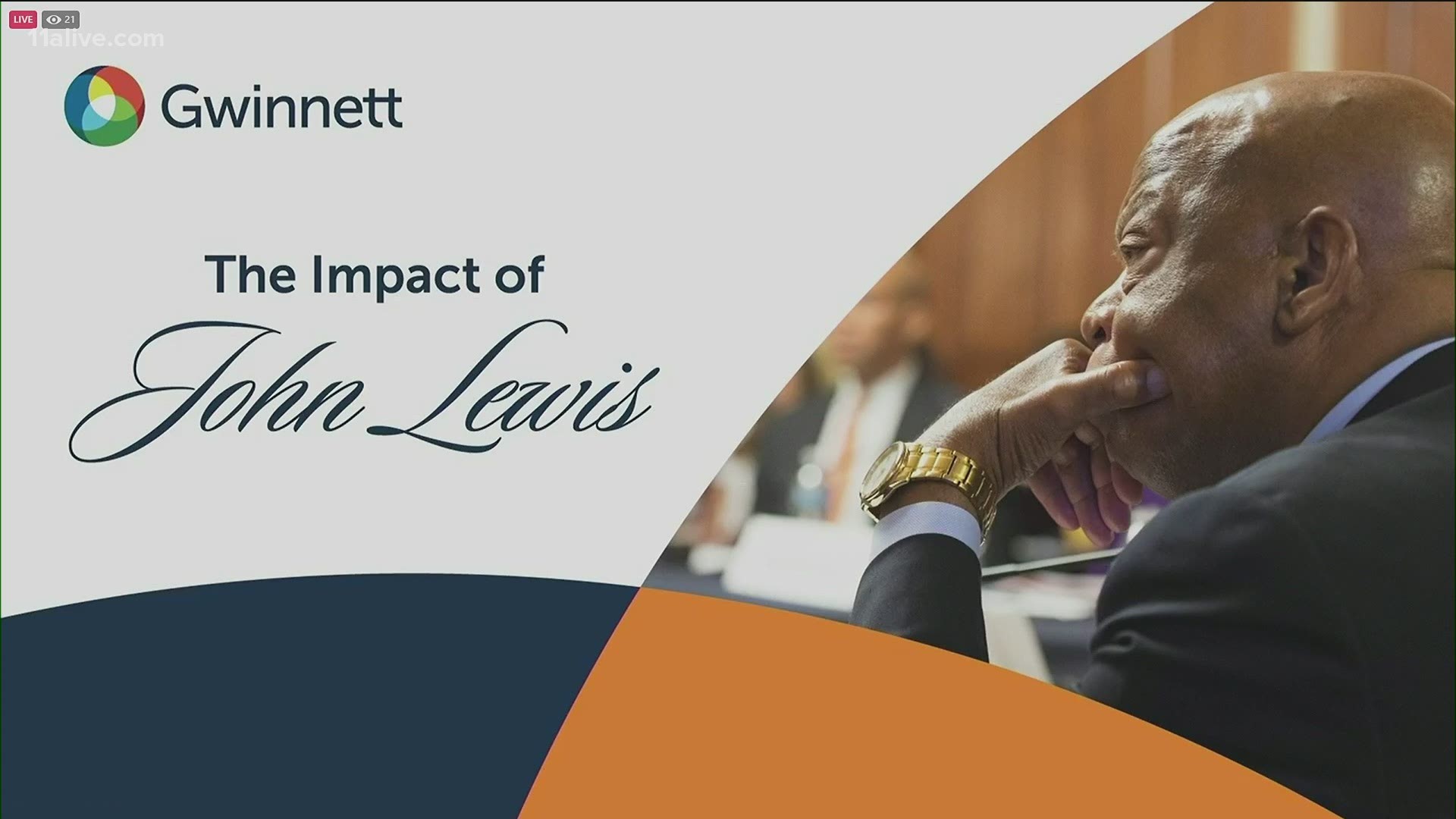 Sen. Rev. Raphael Warnock and Sen. Jon Ossoff have introduced the resolution in the Senate, along with Utah Republican Sen. Mitt Romney. In the House, Rep. Nikema Williams - who now holds the late congressman's seat - will introduce a resolution, according to a release.

The language of the resolution introduced in the Senate notes that its purpose is "honoring the life and legacy of John Robert Lewis and commending John Robert Lewis for his towering achievements in the nonviolent struggle for civil rights."

Lewis, who served Georgia's 5th District for more than three decades, died last summer at the age of 80. Last Sunday, Feb. 21, would have been his 81st birthday.

On his death, Lewis was given a hero's sendoff in Alabama, Georgia and Washington D.C. for his immense contributions to the Civil Rights Movement.

The resolution seeks to have the Senate:

(honor) the life and legacy of John Robert Lewis, an American hero and civil rights leader who:

and commends John Robert Lewis for his towering achievements in the nonviolent struggle for civil rights.

Speaking on the Senate floor this week, Ossoff cited Lewis' legacy as he spoke against a slate of bills currently being considered in the Georgia legislature that could place new regulations on voting favored by state Republicans.

"Sunday would've been John Lewis's 81st birthday. He committed his life and nearly lost his life in the struggle for voting rights. But as we speak Georgia’s legislature is considering legislation that would make it harder for Georgians to vote," he said.