House DFL's Adult-use Cannabis bill would include expungement provisions for those who were prosecuted for possession of marijuana prior to legalization. 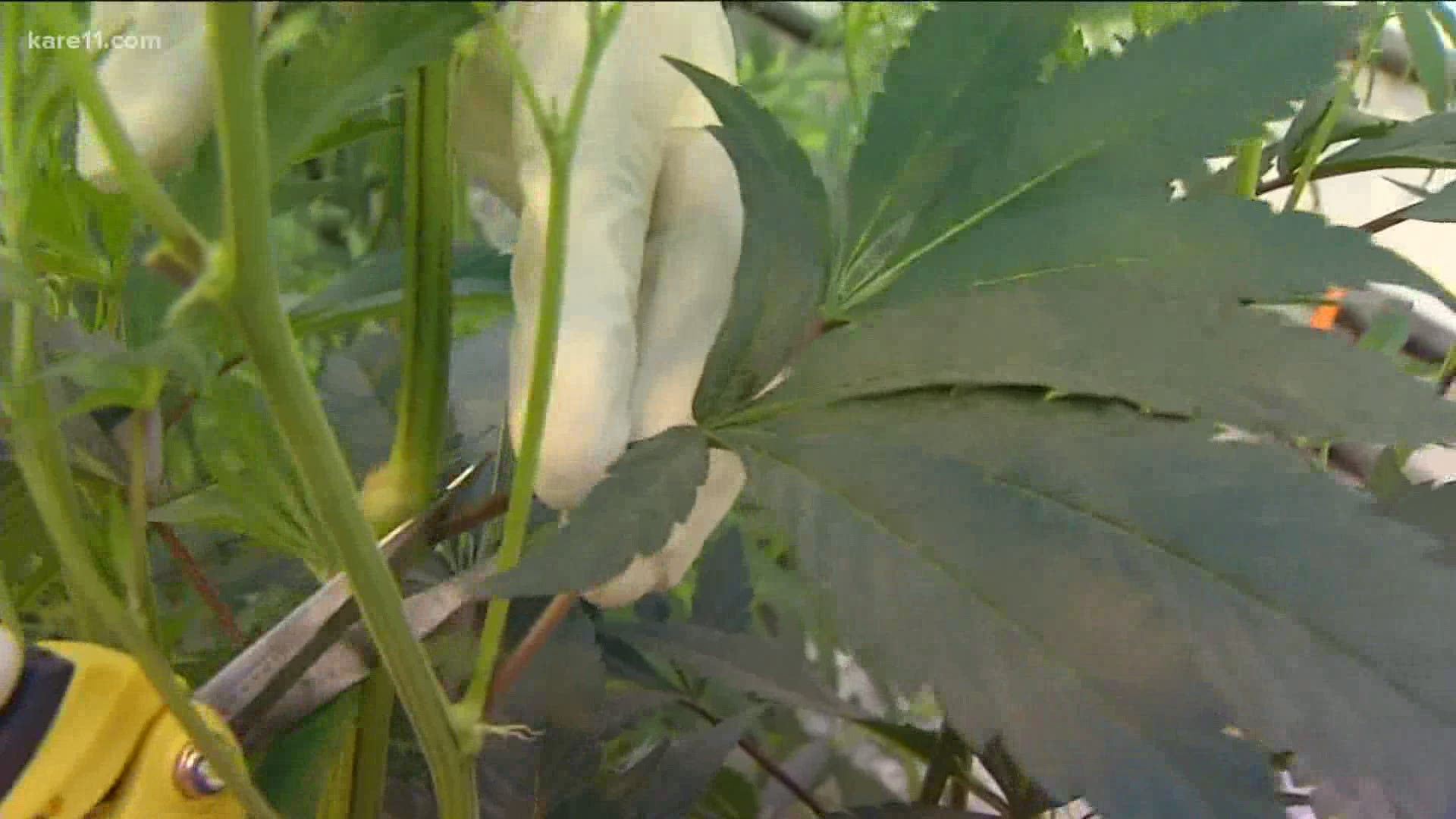 ST PAUL, Minn — DFL legislators say it's high time to legalize recreational marijuana in Minnesota, especially now that more of those products will be flowing here from a bordering state.

On Monday, they revived their bill that would set up the regulatory framework for the drug in this state, including expungement provisions for those who were previously prosecuted for possession.

"Cannabis got almost as many votes in South Dakota as Donald Trump did," DFL House Majority Leader Ryan Winkler of Golden Valley told reporters. "This is a bipartisan issue that requires serious work in the Minnesota House and Minnesota Senate."

South Dakota was among four states where voters passed referenda legalizing recreational use of the drug. It will become legal there beginning July 1.  Rep. Winkler noted that North Dakota lawmakers are considering passing a cannabis bill amid rumblings of a concerted effort by citizens to put it on the ballot.

"If people are willing to drive to Wisconsin in order to buy fireworks, they're sure as heck going to drive to South Dakota to get cannabis," Winkler remarked.

"If we are not in front of this, not doing a thoughtful job putting this bill together, creating this policy, we're going to end up with more problems with cannabis than we have right now."

Unlike South Dakota and other states where voters have decided the issue for themselves, Minnesota doesn't have an Initiative and Referendum process. In this state it takes an act of the legislature to put it on the ballot as a proposed constitutional amendment, or to just straight up change the law.

"People from all demographic backgrounds and from all areas of the state are demanding a change to our outdated policies about cannabis, but nowhere is the harm of the failed criminal prohibition felt more than with Black, Indigenous and people of color," Rep. Rena Moran of St. Paul said.

"Black Minnesotans are more than five times more likely to be arrested for marijuana than those who are white. This is one of the worst disparities in the nation."

DFL lawmakers, and some GOP allies, say their Adult-Use Cannabis bill is an effort to get in front of the marijuana wave headed this way. They point out the drug will become legal in South Dakota in July and there's a good chance North Dakota will follow suit. pic.twitter.com/uiSqn5DODr

Republican Rep. Pat Garofalo issued a statement supporting the DFL measure, saying he looks forward to working across the aisle on the substance abuse provisions in the legislations.

"Members of all political parties should work together towards implementing a better regulatory model to address the expensive, inefficient, and unfair prohibition on marijuana," Rep. Garofalo wrote.

"Contrary to what some will say, this is not a partisan issue. Many Republicans are interested in reforming these expensive laws."

Proponents say legalizing recreational pot would widen the choices for those who need medical marijuana, especially veterans who aren't allowed to receive medicinal cannabis products through the VA.

But Senate Republicans have long opposed the idea of recreational marijuana, siding with most of the law enforcement establishment in Minnesota.

Senate Majority Leader Paul Gazelka said he'd welcome the chance to expand the medical cannabis program in this state, but he thinks it's too early to open the door to legal pot.

"My main concerns are the unintended consequences of recreational pot similar to the concerns we all have about tobacco, drinking, or prescription drug abuse," Sen. Gazelka wrote in a statement to the media.

"Just because it’s legal, doesn’t mean there aren’t consequences. We're just starting to learn about legalization's adverse effects in other states like Colorado and Washington. There is no reason to rush this in Minnesota without learning more."

The DFL bill followed dozens of public listening sessions across the state in 2019 gathering input on how legalization should look in Minnesota.

"We know that as more states around us legalize recreational cannabis we are not going to be able to stop it at our borders," Sen. Melisa Franzen, the Edina Democrat who authored the Senate version of the bill in previous sessions, explained.

"Our law enforcement officers are then challenged to enforce this law instead of dedicating resources to more serious crimes. This bill will create necessary oversight. It will make our communities safer while removing the need for a black market and while eliminating the harm it has done do society."