Maine Sens. King, Collins react to the For The People Act's failure

Senate Republicans filibustered debate on voting rights legislation Tuesday, putting Democrats in a predicament about how to advance their high-priority bill. 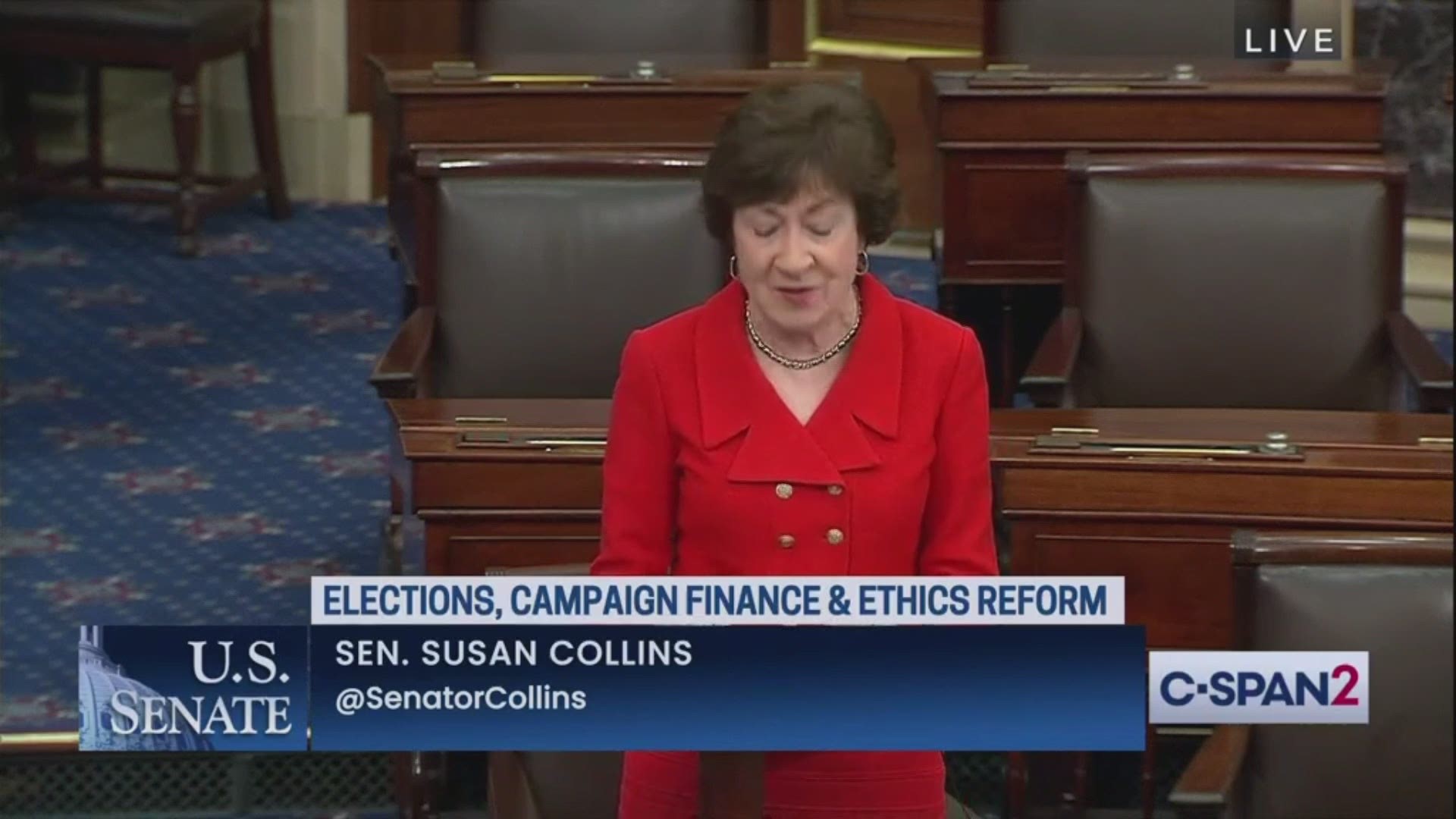 The bill, known as the For The People Act, would create minimum standards for voting in the U.S. and establish Election Day as a federal holiday. It requires all states to offer automatic voter registration and at least 15 days of early voting. Some states already do this, but others do not. Democrats argue that federal standards would reduce confusion among the public. They also say the standards would blunt the impact of new state laws creating barriers for voters.

But the bill doesn't just address election issues. There are scores of other provisions packed into the 888-page bill, including a broad expansion of public funding for campaigns, a revamp of redistricting, and ethics reforms. Written when Democrats were out of power, it was more a statement of priorities than legislation to be ultimately enacted. It’s been refined a few times and more changes are expected.

Democrats asserted the bill would fight against voter suppression, but many Republicans claimed the bill infringed on states' rights.

It is a big setback to President Joe Biden's agenda since this was one of his key items, but Vice President Kamala Harris says the fight isn't over.

Democrats are expected to begin looking for ways around unified Republican opposition to this reform bill in the Senate. They could try to find votes from moderate Republicans or may attempt to change Senate rules.

Republican Senator Susan Collins said at first glance, she thought the bill would help support voting rights, but when she looked closer she changed her mind.

Collins said, "S1 would take away the rights of people in each of the 50 states to determine which election rules work best for their citizens."

Independent Senator Angus King is taking a different view. He said in a press release, "I am deeply saddened by this outcome; voting rights should be America’s foundation, not a partisan fault line. This is a blow to our democratic system, but I am determined that it will not be a fatal blow."