The Rifle Republican said she will be raising an objection based on charges Trump and his allies have made that widespread voter fraud cost him the election. 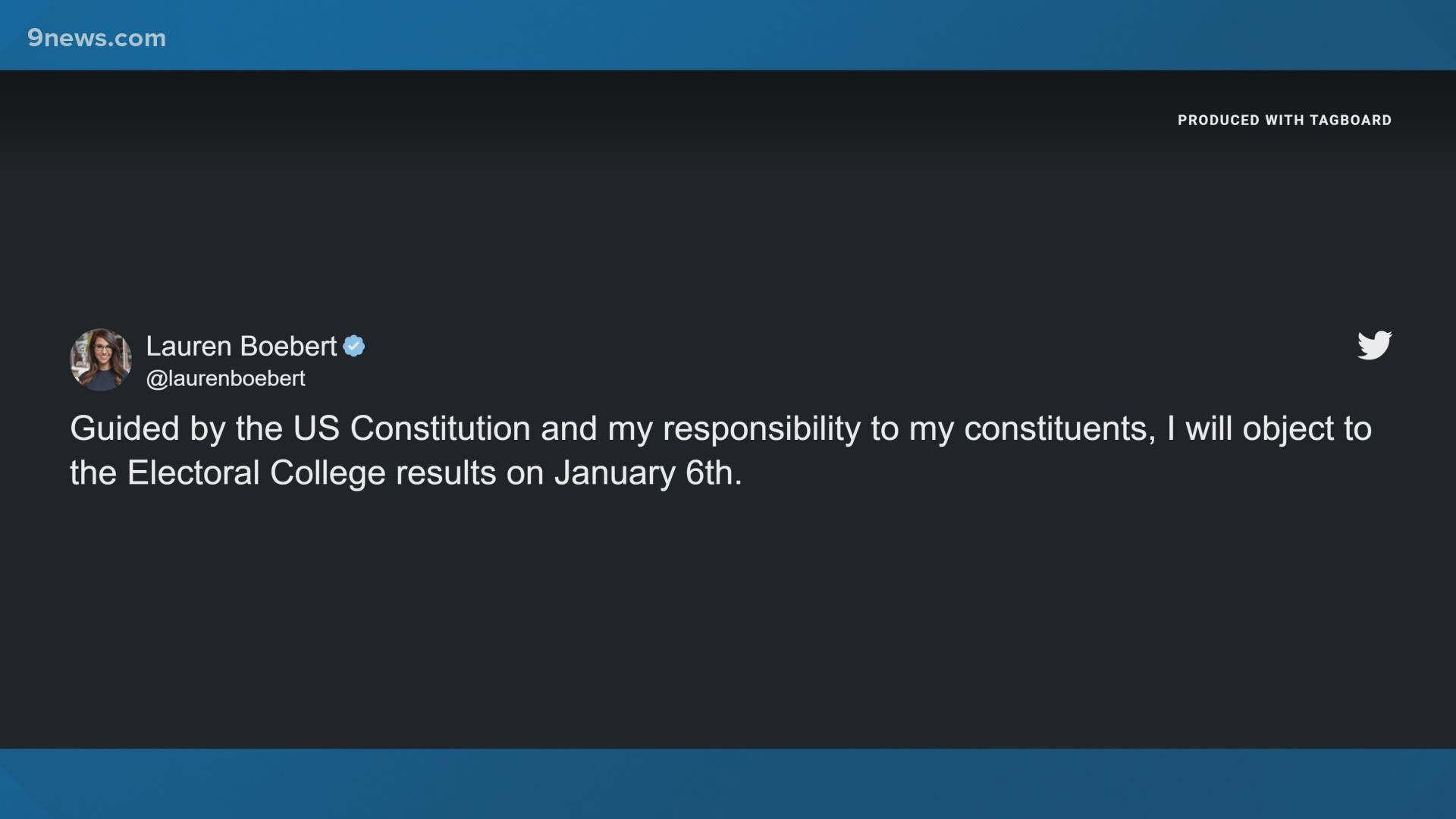 The Rifle Republican, who will be sworn into office on Jan. 3 after winning the election in Colorado's 3rd Congressional District, said she will be raising an objection based on charges Trump and his allies have made that widespread voter fraud cost him the election, despite no evidence that happened.

There doesn't appear to be any chance that the effort will overturn the election results.

“Ensuring the integrity of elections that take place in America is essential to our Republic," Boebert said in a statement. "Several states removed voter safeguards during the 2020 elections that violated provisions in their respective state constitutions and the United States Constitution.

"As a Representative sworn to defend the U.S. Constitution, it is my responsibility to object to the Electoral College results that were recorded under these circumstances. The American people deserve secure and fair elections. Unfortunately, the 2020 election was neither of those things. I will be voicing my objection on January 6th.”