A Colorado baker says that a law requiring him to make cakes for same-sex marriages amounts to taking his artistic freedom. 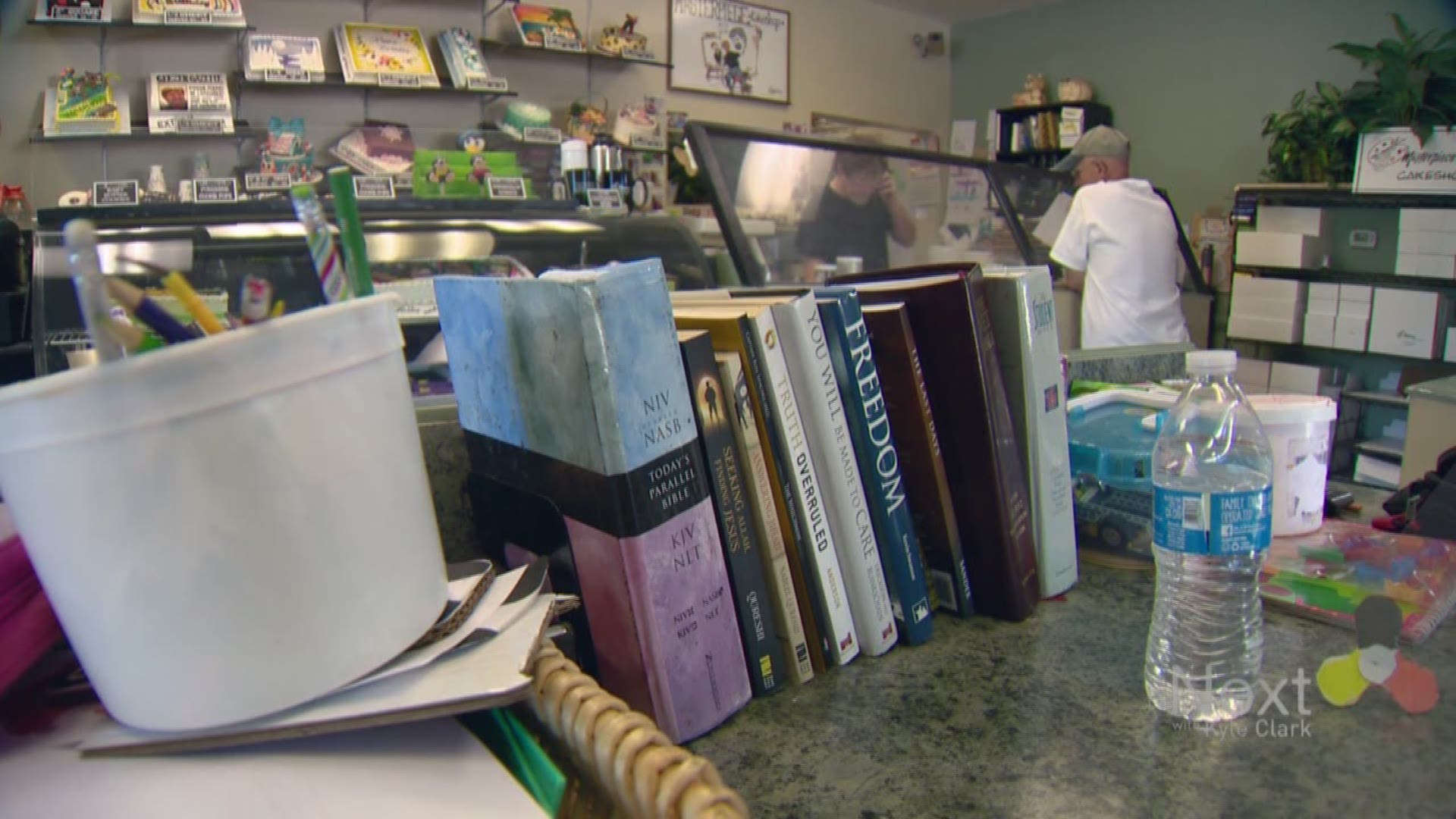 Is it more important to protect a business owner's religious beliefs or to protect the idea that any customers who show up should be treated equally – regardless of their sexual orientation?

That’s the core of a Colorado case that will go before the U.S. Supreme Court this fall.

It all started when a baker in Lakewood refused to make a wedding cake for a gay couple.

Jack Phillips has owned Masterpiece Cakeshop since the early 1990s. In 2012, he refused to make a wedding cake for David Mullins and Charlie Craig. Phillips argued that making the cake violated his religious beliefs – but the couple filed a discrimination lawsuit and won.

Both the state civil rights commission and Colorado courts have ruled in the couple’s favor, saying that Phillips’ religious beliefs do not trump the state’s public accommodation laws.

These are the same laws that make it illegal to turn away customers because of their race.

Phillips says it isn’t the same as that.

“There are multiple cakes, a lot of different kinds of cakes, that I won’t create for heterosexual people,” he said. “It’s not homosexuals, there’s no discrimination. It’s just they ask for a cake that violates my faith.

“It’s a cake that’s specifically for a religious event that goes against my religious beliefs. If they want a birthday cake, shower, cake, cookies, brownies, I’d be glad to sell it to them.”

Phillips says it is not fair to characterize him as anti-gay.

“I have friends who are gay, that would be ridiculous,” he said. “This is an event that goes against my faith.”

Mark Silverstein, the legal director of ACLU Colorado, says religious freedom does not give you the right to discriminate when you’re a business owner.

“He’s opened a business, he’s invited the public to come to his business and patronize, so he doesn’t have the right under Colorado law to say ‘well, to this set of clients, I’ll sell you everything I sell in my business, but to this other set of clients, I will only sell you some of the things, some of the products,” Silverstein said. “That’s discrimination and it’s based on who they are.”

Silverstein says if the ACLU loses, it means people might be able to pick or choose which laws apply to them, using religious freedom as their explanation.

“The issue relies on whether one can rely on one’s religious beliefs as a license to exempt yourself from laws that apply to everyone else,” he said. “I think the answer to that has to be no. Religion doesn’t give you the right to discriminate.”

Phillips says he believes the issue is more nuanced than that, and that he’s not refusing people service based on their sexual orientation.

“I just don’t make cakes for every occasion that people ask for,” he said.

Phillips was told that if he wants to keep making wedding cakes, he needs to make them for everybody.

So, for the past couple of years, he’s stopped making wedding cakes at his bakery.

The Supreme Court hasn’t yet scheduled oral arguments for this case, but it could happen as early as this fall.