Governor John Hickenlooper joins 12 other states as he signs Colorado into the US Climate Alliance Tuesday morning. 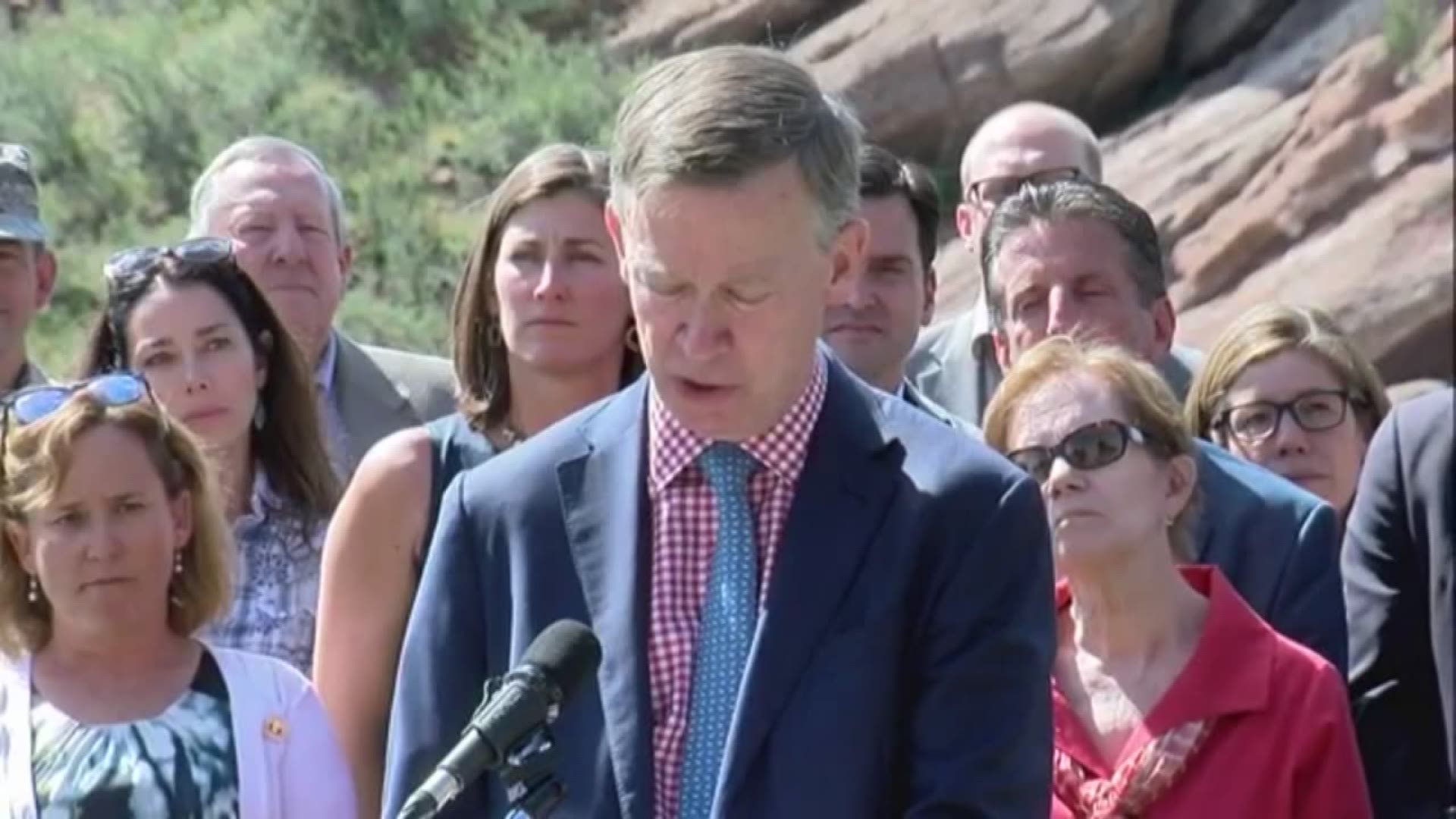 The executive orders are to lay out a vision for a “cleaner and stronger Colorado.”

Hickenlooper says this will be achievable by agencies working collaboratively and taking advantage of “market forces and cutting edge innovation.”

Professor Peter Maniloff from the Colorado School of Mines specializes in regional climate policy, and he believes it’s possible.

“Between the combination of renewable electricity policy and natural gas market forces, large reductions in emissions are possible,” Maniloff said.

"I'm skeptical," Gary Wockner said. Wockner is an environmental consultant and activist. "There's going to have to be some significant changes in the way business is done for greenhouse gas emissions to go down."

Gary believes emissions would be difficult to cut down due to oil and gas fracking and population growth in Colorado.

The governor laid out a specific plan for each of the three main causes of greenhouse gas emissions.

State agencies will be instructed to work with electrical utilities to invest in renewable energy without increasing cost.

There will be electric vehicle stations built along major highway corridors throughout Colorado.

State government will use water and energy more efficiently to save taxpayers’ money and demonstrate leadership to other businesses around the state.

The plan relies heavily on collaborative efforts between state and local governments.

Some measurable goals set by the governor are to reduce greenhouse gas emissions statewide by 2025 by more than 26 percent below 2005 levels and to also reduce emissions from the electricity sector by more than 35 percent by 2030.

The U.S. Climate Alliance was formed by Democratic governors of New York, California, and Washington in response to President Trump’s decision to withdraw from the Paris Climate Agreement back in June.

However, Hickenlooper said they will take steps to ensure that "no one is left behind as our markets move toward cleaner energy resources."

“If we only see states and provinces and cities taking climate actions, then we need to be concerned that the emissions will leak to nearby regions that don’t take actions,” Professor Maniloff said. “These states and locals actions can give us a way in reducing emissions but can’t reduce emissions as far as we need to.”

Hickenlooper says he knows it is an ambitious agenda, but he believes it is attainable.

“This is a grassroots-based movement,” the governor said. “I think that groundswell will build into a national movement.”