It's a call by activists to scale back the powers of police departments. 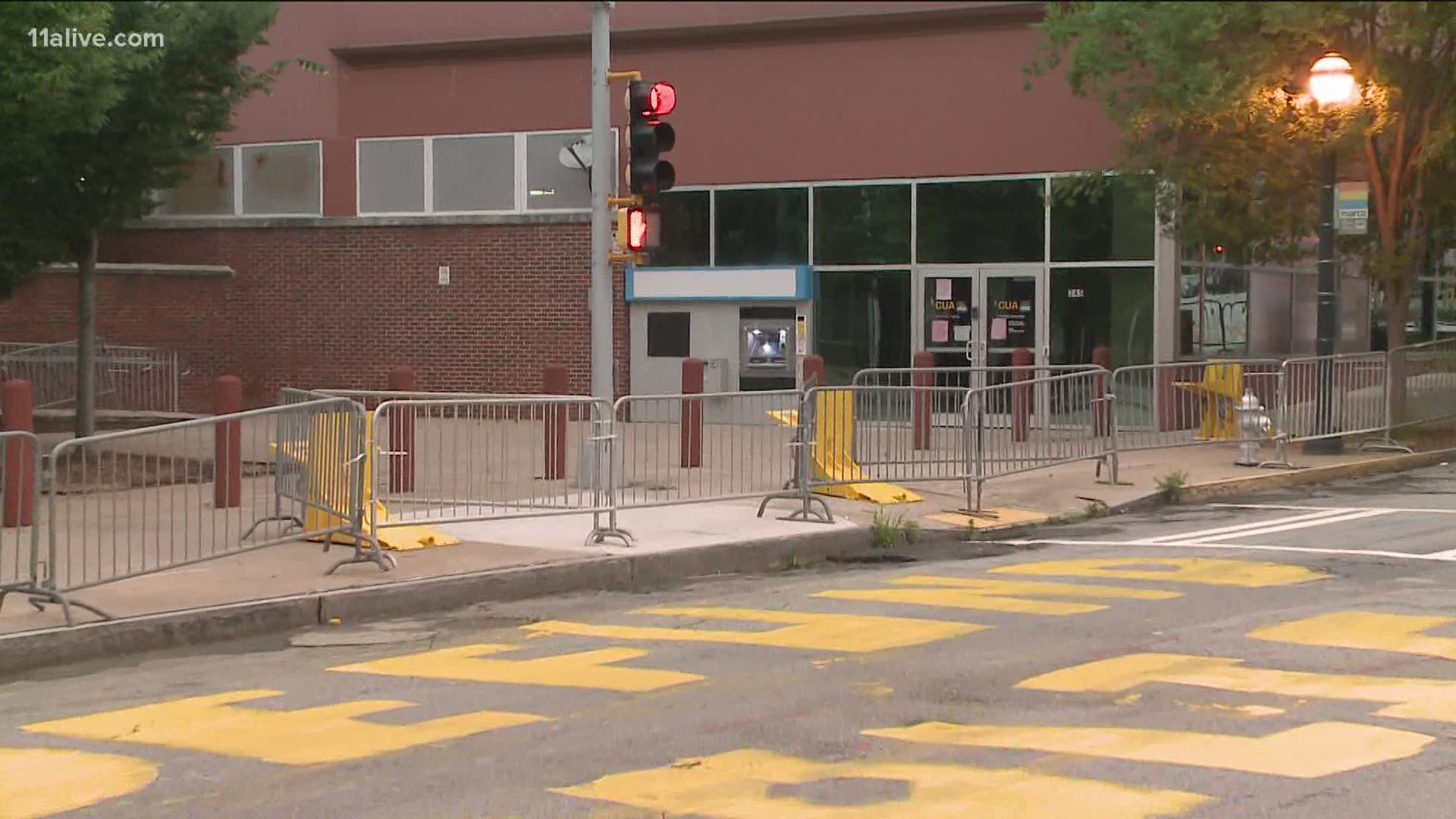 11Alive Photojournalist Jojo Johnson went to the scene at APD HQ, where the message was painted along Pryor St. where it meets Garnett St.

An officer said they tried fire hoses to wash it away, but the paint appears not to be a water-based paint. It's unclear how they will next plan to remove the message.

A recently-created Twitter account posted what appears to be drone video of activists painting the message overnight.

"Tonight protestors in Atlanta wrote 'Defund Police' at the downtown police headquarters. We are the @Mvmnt4BlkLives," the account wrote, tagging a national Black Lives Matter account.

The rallying cry to defund police has become a significant element of activists' calls for radical police reform amid the ongoing protests against police brutality and systemic racism in the wake of the killings of George Floyd, Ahmaud Arbery and Breonna Taylor.

RELATED: When protesters cry 'defund the police,' what does it mean?

In a practical sense, the call to defund police is about pressuring local officials who control police department budgets to significantly scale them back as a means to rein in police overreach. Some activists go a step further and call for the complete elimination of police department funding as a way of abolishing them.

Georgia's Democratic Senate race is too close to call

Georgia state trooper tells protesters he 'only kneels for one person... God'