The stakes are enormous with both control of Congress and President Joe Biden's legislative agenda in the balance. 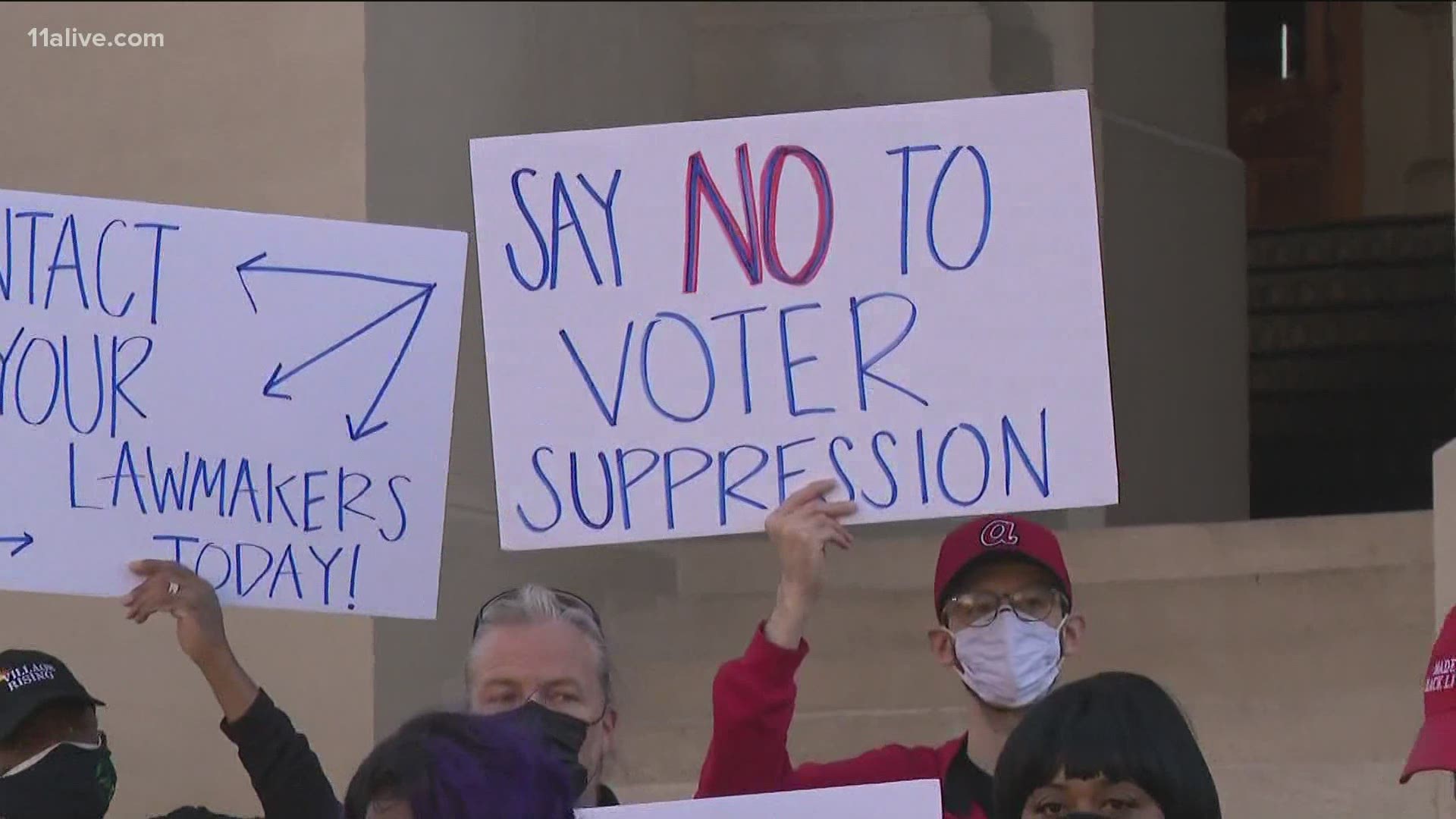 As Congress begins debate this week on sweeping voting and ethics legislation, Democrats and Republicans can agree on one thing: If signed into law, it would usher in the biggest overhaul of U.S. elections law in at least a generation.

House Resolution 1, Democrats' 791-page bill, would touch virtually every aspect of the electoral process — striking down hurdles to voting erected in the name of election security, curbing partisan gerrymandering and curtailing the influence of big money in politics.

Republicans see those very measures as threats that would both limit the power of states to conduct elections and ultimately benefit Democrats, notably with higher turnout among minority voters.

The stakes are prodigious, with control of Congress and the fate of President Joe Biden's legislative agenda in the balance. But at its core, a more foundational principle of American democracy is at play: access to the ballot.

“This goes above partisan interests. The vote is at the heart of our democratic system of government,” said Fred Wertheimer, president of the nonpartisan good government organization Democracy 21. “That’s the battleground. And everyone knows it.”

Barriers to voting are as old as the country, but in more recent history they have come in the form of voter ID laws and other restrictions that are up for debate in statehouses across the country.

Rep. John Sarbanes, a Maryland Democrat who sponsored the bill, said that outside of Congress “these aren't controversial reforms.” Much of it, he noted, was derived from recommendations of a bipartisan commission.

Yet to many Republicans, it amounts to an unwarranted federal intrusion into a process that states should control.

Rep. Rodney Davis, R-Ill., excoriated the measure during a House hearing last week as “800 pages of election mandates and free speech regulations” that poses a “threat to democracy” and would "weaken voter confidence” in elections.

Debate over the bill comes at a critical moment, particularly for Democrats.

Acting on Trump's repeated false claims of a stolen election, dozens of Republican-controlled state legislatures are pushing bills that would make it more difficult to vote. Democrats argue this would disproportionately hit low-income voters, or those of color, who are critical constituencies for their party.

The U.S. is also on the cusp of a once-in-a-decade redrawing of congressional districts, a highly partisan affair that is typically controlled by state legislatures. With Republicans controlling the majority of statehouses the process alone could help the GOP win enough seats to recapture the House. The Democratic bill would instead require that the boundaries be drawn by independent commissions.

Previous debates over voting rights have often been esoteric and complex, with much of the debate in Congress focused on whether to restore a “preclearance” process in the Voting Rights Act that the Supreme Court invalidated in 2013. For decades, it had required certain states and jurisdictions with large minority populations and a history of discrimination to get federal approval for any changes to voting procedures.

But Republicans say that Trump's repeated attacks on the 2020 election have electrified his supporters, even as courts and his last attorney general, William Barr, found them without merit.

“This is now a base issue,” said Ken Cuccinelli, a former Virginia attorney general and Trump administration official in the Department of Homeland Security who is leading a conservative coalition opposed to the bill. “Democratic leadership is willing to sacrifice their own members to pass radical legislation. They are cannon fodder that Nancy Pelosi doesn’t care about.”

Cuccinelli is overseeing a $5 million campaign aimed at pressuring Senate Democrats to oppose the bill.

Democrats say their aim is to make it easier for more people to vote, regardless of partisan affiliation. And they counter that Republican objections are based more in preserving their own power by hindering minorities from voting than a principled opposition.

“The anti-democratic forces in the Republican Party have focused their energy on peddling unwarranted and expensive voter restriction measures,” said Stacey Abrams, who narrowly lost her 2018 Georgia bid to become the first Black female governor in U.S. history. “We all have a right to take our seat at the table and our place at the ballot box.”

The bill was an object of intense focus at the annual Conservative Political Action Conference in Orlando, Florida, over the weekend, a gathering where Trump’s lies about mass election fraud took center stage.

In a speech Sunday, Trump branded the bill as “a disaster" and a “monster” that “cannot be allowed to pass."

Meanwhile, CPAC organizer Matt Schlapp told attendees that if they could internalize one thing from this year's conference, it was to “do all you can” to stop “this unconstitutional power grab” from becoming law.

"What we saw this election will be what you will see every single election. And we have to fight it,” Schlapp warned ominously.

Trump and his allies have made false claims that the 2020 election was marred by widespread voter fraud. But dozens of legal challenges they put forth were dismissed, including by the Supreme Court.

Ultimately, though, the biggest obstacle Democrats face in passing the bill is themselves.

Despite staunch GOP opposition, the bill is all but certain to pass the House when it's scheduled for a floor vote Wednesday. But challenges lie ahead in the Senate, which is split 50-50 between Republicans and Democrats.

On some legislation, it takes only 51 votes to pass, with Vice President Kamala Harris as the tiebreaker. On a deeply divisive bill like this one, they would need 60 votes under the Senate’s rules to overcome a Republican filibuster — a tally they are unlikely to reach.

Some have discussed options like lowering the threshold to break a filibuster, or creating a workaround that would allow some legislation to be exempt. Democratic congressional aides say the conversations are fluid but underway.

Many in the party remain hopeful, and Biden's administration has said the bill is a priority. But the window to pass legislation before the 2022 midterms is closing.

“We may not get the opportunity to make this change again for many, many decades,” said Sarbanes, the bill’s lead sponsor. “Shame on us if we don’t get this done.”

RELATED: What to expect when you're expecting a non-partisan ballot

RELATED: 'This was a vote I made on principle': Golden explains his vote against $1.9T COVID-19 relief bill