The FBI identified Keller as part of the mob that stormed the U.S. Capitol on Jan. 6. 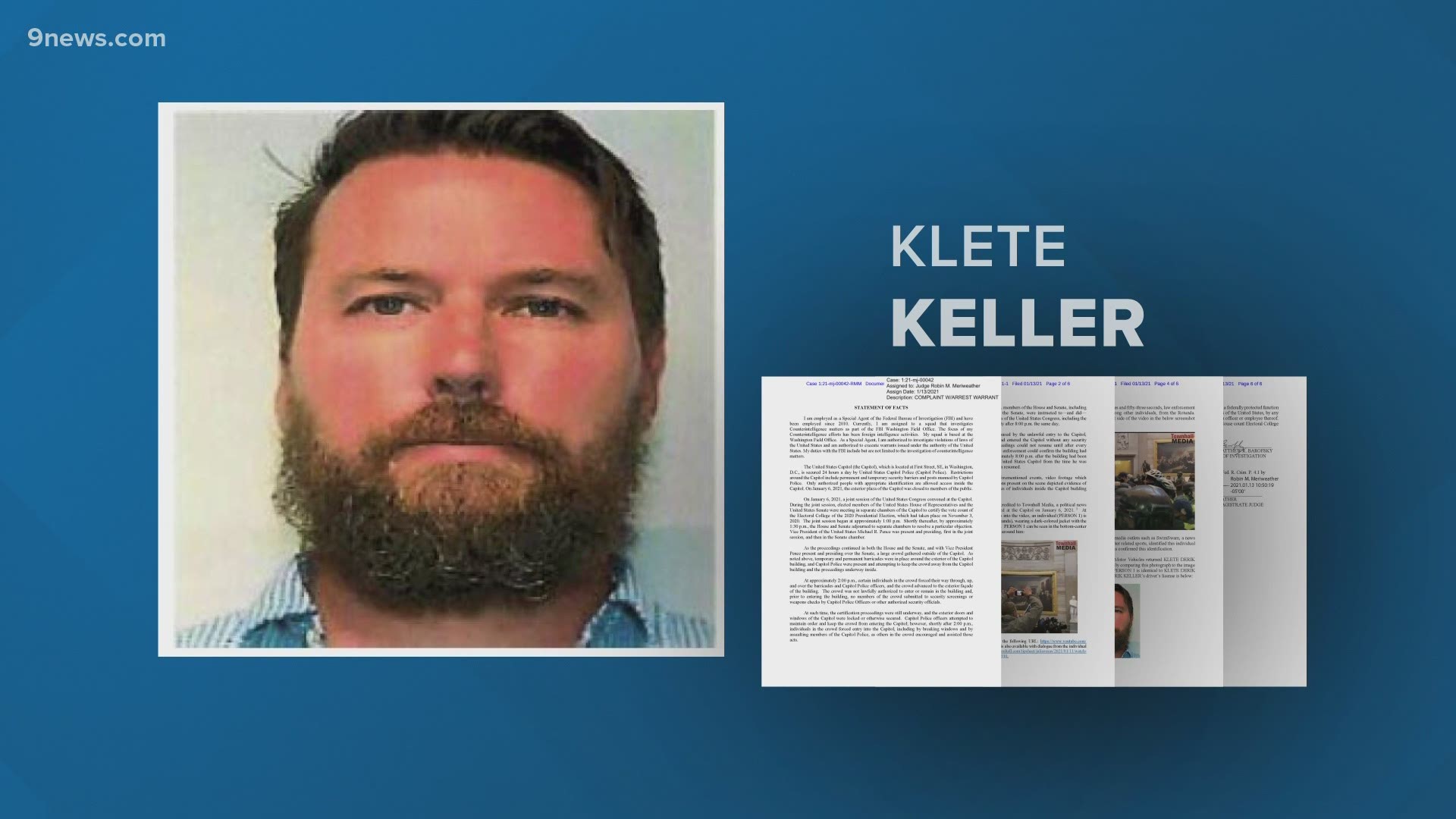 WASHINGTON D.C., DC — The Olympic gold medalist swimmer Klete Keller, who the FBI said was spotted participating in the Capitol riot on Jan. 6, has been federally charged in U.S. District Court in Washington.

The FBI's arrest warrant on Keller says that, "During national news coverage of the aforementioned events, video footage which appeared to be captured on mobile devices of persons present on the scene depicted evidence of violations of local and federal law, including scores of individuals inside the Capitol building without authority to be there."

The warrant says that the FBI searched through videos credited to Townhall Media, a political news organization, and SwimSwam, a news organization that covers competitive swimming and other related sports, that depicted various events that occurred at the Capitol on Jan. 6 and identified Keller multiple times.

"At approximately [12] minutes and [52] seconds into the video, an individual (PERSON 1) is visible in the United States Capitol Rotunda (the Rotunda), wearing a dark-colored jacket with the markings “USA” in white printed letters on the back. PERSON 1 can be seen in the bottom-center of the screenshot of the video below with a red oval around him," the warrant says.

Colorado U.S. Attorney Jason Dunn said his office is working with federal law enforcement to potentially prosecute any people in Colorado who wish to do harm in the coming days leading up to the inauguration.

Dunn also indicated the Department of Justice will continue to bring charges against people who stormed the Capitol. It’s possible some cases may have Colorado ties, Dunn said.

“We can expect there will be at least several of those coming out in the next few days,” Dunn told 9Wants to Know.

According to a NYT article, there have been no videos to emerge that show Keller involved in any violent acts inside the Capitol.

Acting U.S. Attorney Michael Sherwin said Tuesday that the grounds in and outside of the U.S. Capitol were considered, essentially, a crime scene.

Steven D'Antuono of the FBI's Washington Field Office said the bureau has opened at least 160 case files in seven days as the agency continues to arrest and bring charges against individuals involved in the Capitol riot.

The FBI is investigating crimes ranging from trespass to sedition. Multiple people who entered the Capitol during the riots now face federal charges including unlawful entry and disorderly conduct, the NYT has reported.

Keller was most recently known to have worked as a real estate agent in Colorado Springs for the agency Hoff & Leigh. According to NYT reports, the company appears to have removed him from their website.