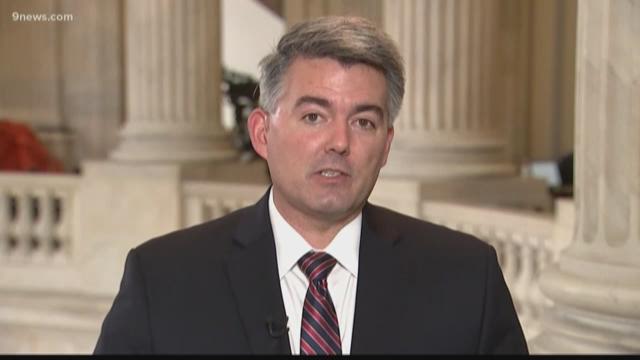 Colorado's congressional delegation is pushing back against the decision from U.S. Attorney General Jeff Sessions last week that dismantled the framework used by states to move forward with sales of state-legalized marijuana.

Other members of Colorado's delegation to Congress mounted a defense of Colorado's decision to legalize marijuana in the 2012 election. Rep. Jared Polis (D-Colorado) is seeking to defund any federal law enforcement action against state-regulated recreational marijuana as part of the funding bill pending in Congress.

RELATED: What the federal marijuana reversal means for Colorado

It's been a point of tension between states and the federal government, though a variety of efforts to change federal law to more expressly allow state-legal marijuana have failed to move forward in Congress.

RELATED: Cory Gardner plans to use budget bill to stop Sessions from going after legal weed

For a handful of lawmakers, the issue is about marijuana. For many more, it's a matter of states' rights—they want the federal government to respect the will of voters in states that choose to legalize the drug.

That, ironically, was the stated position of the man who appointed Sessions. President Donald Trump told 9NEWS during the 2016 campaign that he's a “states person” and that he believes decisions about marijuana policy “should be up to the states, absolutely.”

I asked @realDonaldTrump about the possibility that his AG pick might try to shut down #marijuana legalization.

Gardner says he received assurances from Sessions prior to his Senate confirmation that the DOJ's policy toward enforcing federal marijuana laws in states like Colorado wouldn't change under his watch.

The hold Gardner placed on DOJ nominations has already had consequences. The White House sent five Justice Department nominees to the Senate on Monday, including four assistant AG nominees and one US Marshal appointment in Sessions' home state of Alabama.

The @WhiteHouse sent several pages of nominees to the Senate today.
I count 5 that @SenCoryGardner will put holds on since he promised to hold up DOJ nominations over Sessions' #marijuana policy.#9NEWS #COpolitics pic.twitter.com/fg39TG7qJ2

Gardner's office confirmed Tuesday that all of these nominations are subject to the hold he put in place during his floor speech in Friday responding to Sessions.

He also plans to host a bipartisan meeting Tuesday of Senators from states with legalized pot to work on a “short-term legislative solution” in response to Sessions' new policy.