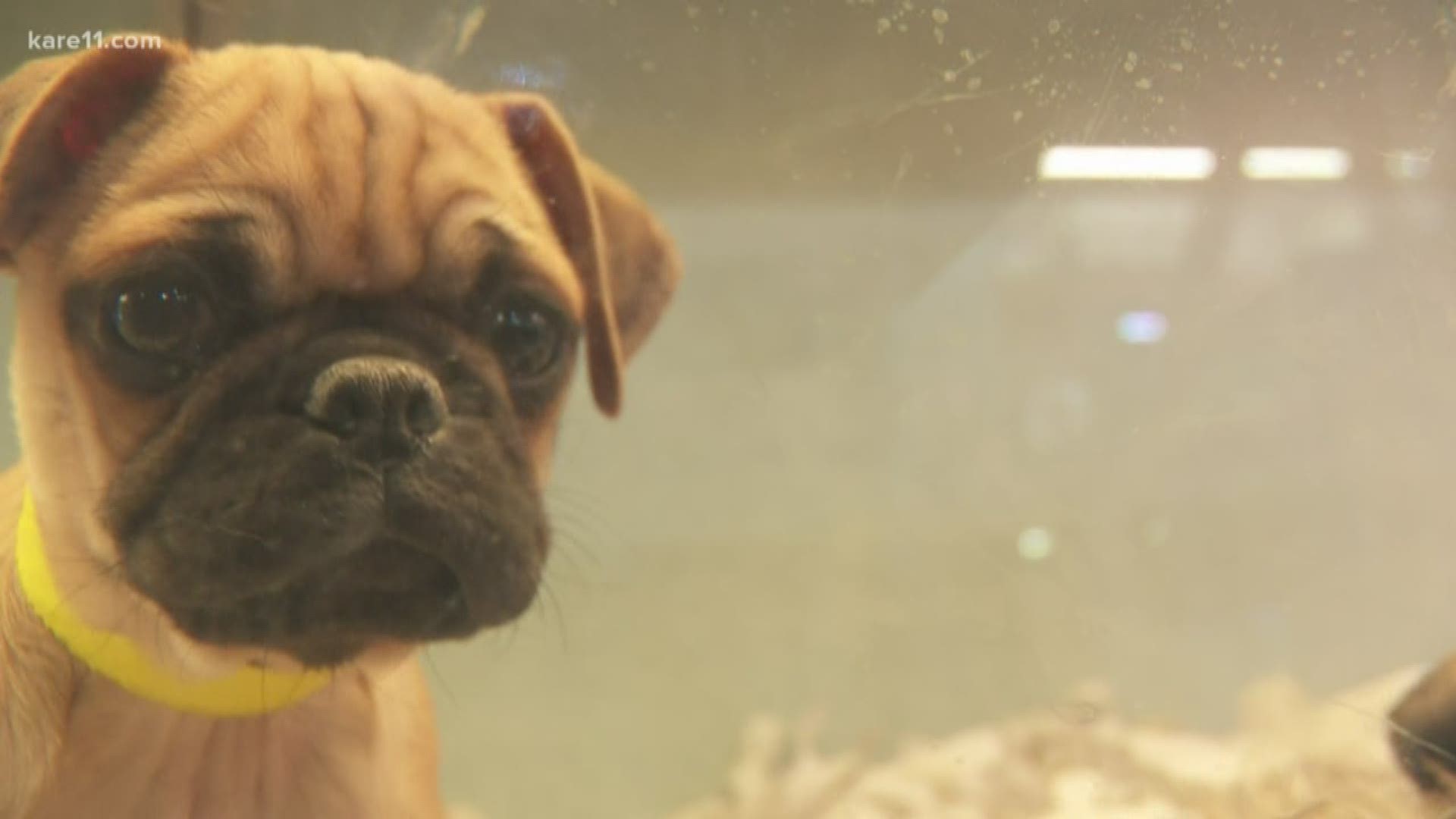 Kristin Smith, the owner of Four Paws and a Tail, a pet store in Blaine, said she was devastated to hear when the bills were proposed in the legislature.

"It isn't necessarily aimed at us," she said. "We've been here a long time, we're not the problem. But what we offer is different than what they [the rescues] offer. The heartfelt idea that only offering rescues is the best way to serve the public--it's not always the case."

Smith is a second generation owner of her family's business located inside Northtown Mall in Blaine. She said she has been the owner for the past 30 years and has been working with reputable breeders to find four-legged family members for her customers.

"We're the only pet store in the Twin Cities so we're pretty much busy all the time," she said. "Mostly we sell, smaller, non-shedding house dogs."

Senator Bigham, the chief author of the Senate version of the bill said she wrote the bill not to punish breeders but to cut off demand from middlemen like Smith's store.

"So that the puppy mills, the places that have deplorable conditions with 200, 300, 700 animals at the properties, we're going after them," Bigham said.

House Rep. Kotyza-Witthuhn said it was also time that the state caught up with what many cities have already taken upon themselves. She added that there aren't that many traditional pet stores left statewide.

"I think there's only six of them," Kotyza-Witthuhn said. "What you can see is that many of the sellers have already taken the steps to stem the tide of retail sales of cats and dogs."

However, Smith argued that the bill feels misinformed. She said she works with reputable, small-scale breeders that she had been building rapport with for a long time. She said consumers are protected by a Minnesota law that guarantees that their purchase is legitimate. She also said she abides by Minnesota's Breeder Protection laws that don't allow her to disclose information about breeders to the customers until the purchase is final.

"We're not doing bad things, we're not getting puppies from abused places," she said. "If we were, we certainly wouldn't be in business this long."

Smith explained that both the Northtown Mall and the City of Blaine have been supportive in her business endeavors.

Both bills may be up for a hearing soon.