What Colorado’s senators said about the shutdown vote

Both Michael Bennet and Cory Gardner voted to end the shutdown. 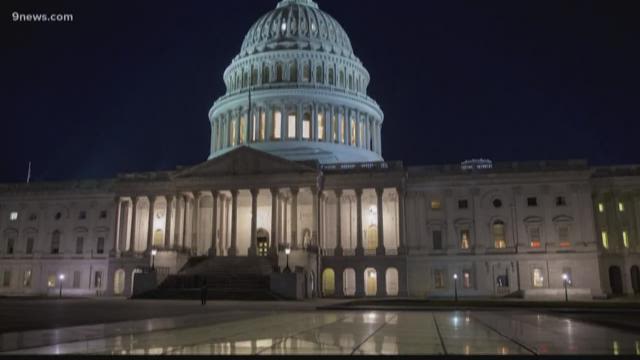 The Senate has reached a compromise to end the government shutdown on its third day, but that doesn’t mean long term negotiations are over.

The plan would fund government agencies through Feb. 8, with talks underway from both parties to work toward a bipartisan compromise on immigration, border security and a budget outline before then.

Both of Colorado’s senators voted in favor of ending the shutdown. Sen. Cory Gardner, a Republican, placed the blame on Democrats, and said he is seeking a bipartisan solution that includes a solution from the Obama-era Deferred Action for Childhood Arrivals Program.

Sen. Michael Bennet, a Democrat, asked for “fair consideration of our Gang of Six proposal.”

You can read the full statements from both senators below:

“The Senate just passed the fourth temporary budget extension of this fiscal year. This is an unacceptable and disgraceful way to run our federal government. But continuing the government shutdown would have been worse.

“We now need to ensure fair consideration of our Gang of Six proposal. Over the next three weeks, our focus should be on building support for this legislation so that it has the sixty votes required to pass the Senate.”

“This government shutdown forced by Senate Democrats was dangerous and unnecessary. The bill we passed is the same bill Republicans initially proposed – including the longest reauthorization of CHIP in history – with one simple change: we are now funding the government through February 8th rather than February 16th. I wanted a bipartisan solution. I look forward to continuing to work with my colleagues on both sides of the aisle to fix many other remaining issues before us including DACA and to restore responsibility in Congress.”

This is how Colorado's entire delegation voted: