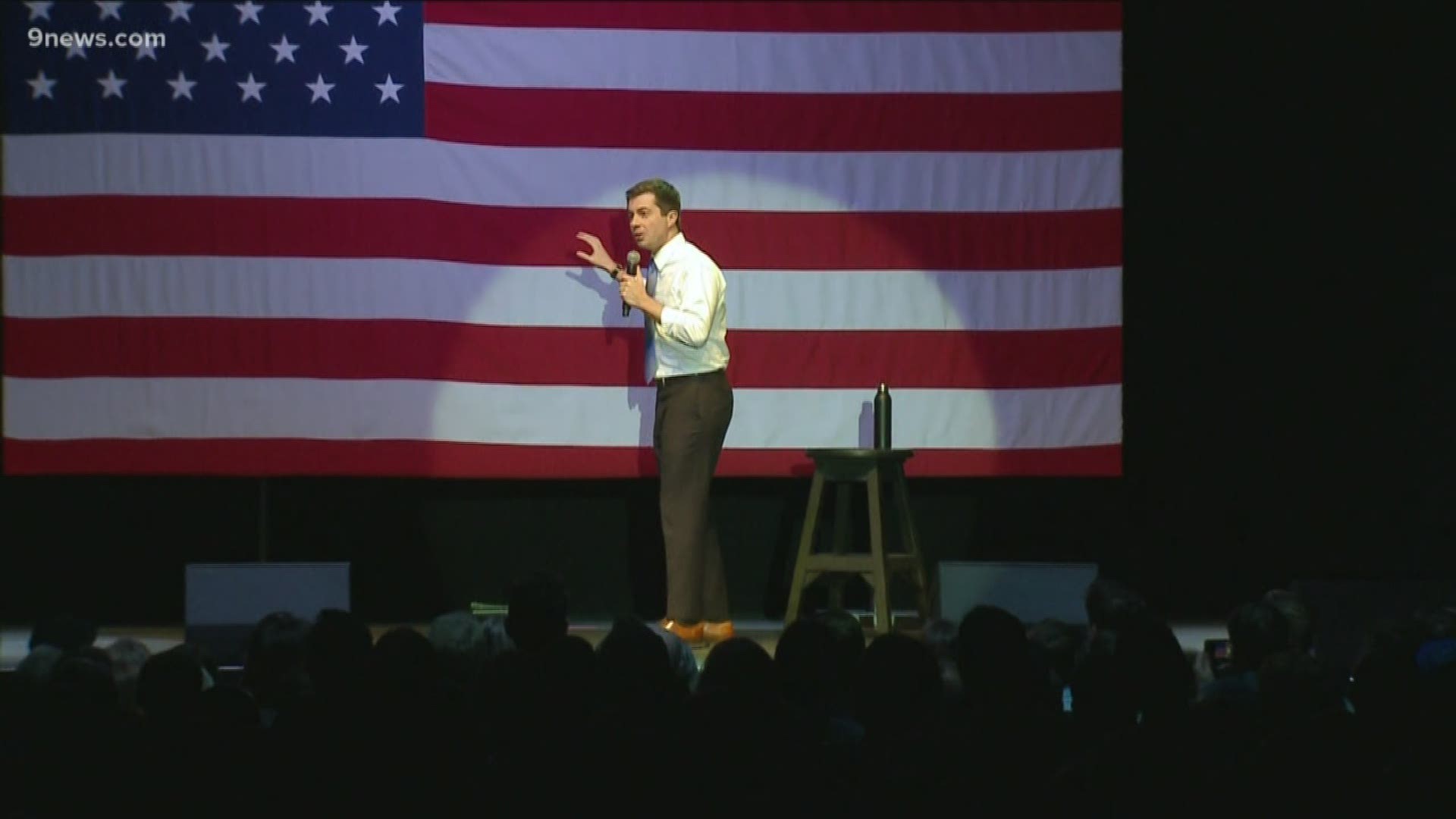 The former mayor of South Bend, Indiana and current presidential candidate held a grassroots fundraising event Wednesday at the Fillmore Auditorium and another fundraising event later that night. The location of the second event was not given on a media advisory sent out last week.

Tickets for the Fillmore event started at $25 and topped out at $1,500, according to his campaign website.

Buttigieg also stopped by the Brother Jeff Facebook show for a Q&A. You can see their discussion here.

Earlier this week, Buttigieg's campaign said he has raised more than $24.7 million in the last three months and now has a campaign staff of 500 people nationwide.

Of the Democratic candidates who qualified for the last debate in December, five of the seven have already visited our state for events recently.

Entrepreneur Andrew Yang still has not made a campaign trip to Colorado.

RELATED: Who is Pete Buttigieg?