Senator Graham and Jaime Harrison battle it out in final debate

Graham spent a lot of his time pointing out Harrison's connections to liberal politicians while Harrison tried to reach the rural, middle class. 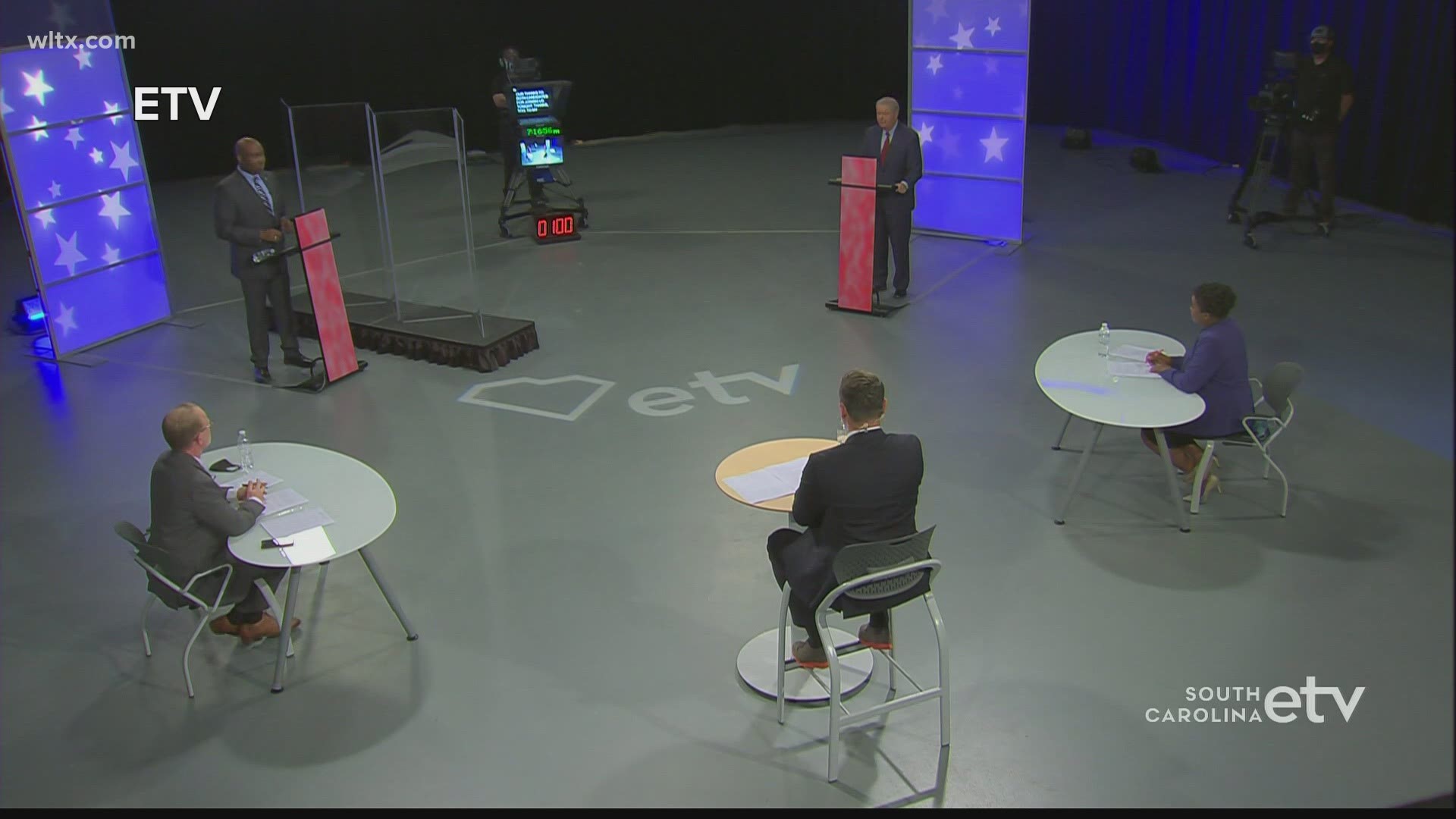 COLUMBIA, S.C. — In their final debate Friday night, GOP Senator Lindsey Graham and Democratic challenger Jaime Harrison gave their last efforts to tell South Carolinians why they should get their vote for US Senate.

While discussing healthcare, Harrison said Graham’s plan would pose an age tax and not cover people with pre-existing conditions, but Graham said that’s simply not true.

"Obamacare increased premiums for young people," Graham said. "My block grant approach takes Obamacare dollars [and] it will increase funding to South Carolina by a billion dollars over a period time."

RELATED: VERIFY: Voter intimidation is real. Here's what you can do about it.

Graham continuously called out Harrison’s relationships with Democratic politicians and said he’s too liberal for the Palmetto State.

"[Graham] tried to scare people with Nancy Pelosi and Bernie Sanders," Harrison said after the debate. "It's not about them. People in South Carolina need someone who is going to fight for them. Folks are scared of the coronavirus and Senator Graham had no solutions to that."

Covering the final US Senate Debate tonight between GOP Senator Lindsey Graham and Democratic challenger Jaime Harrison. A divider is set up on Harrison’s side as a COVID-19 precaution, just like the first debate. @WLTX pic.twitter.com/DCZkNiKmjW

A hot button topic was Amy Coney Barrett’s confirmation to the Supreme Court by the Senate Judiciary Committee – which Senator Graham is the chair of.

Graham continuously pressed Harrison on whether he would've voted to confirm Barrett if he was in the Senate, but Harrison didn't answer.

RELATED: How did the US get the Electoral College and how does it work?

However, Harrison said he does not think more liberal justices should be added to the Court, as other democrats have suggested.

Graham recently asked for campaign donations during an interview at the US Capitol, which some say is against the rules. That issue was brought up in the debate as an ethical question, but Graham responded with pointing out an "unethical" ad by Harrison's campaign. The ad encourages conservatives to vote for third party candidate Bill Bledsoe, even though he’s dropped out of the race.

"Doctor Bledsoe is still on the ballot. [He] also has not officially withdrawn his name from the State Election Commission," Harrison said in his defense.

With many polls showing this is a tight race, candidates were able to give one last push before voters cast their ballots on Tuesday.