Truth Test: Can Cory Gardner be the third most bipartisan senator and still vote with Trump?

A new ad claims Cory Gardner voted with Trump 98% of the time. Another one said he's the third most bipartisan senator. What's going on?! 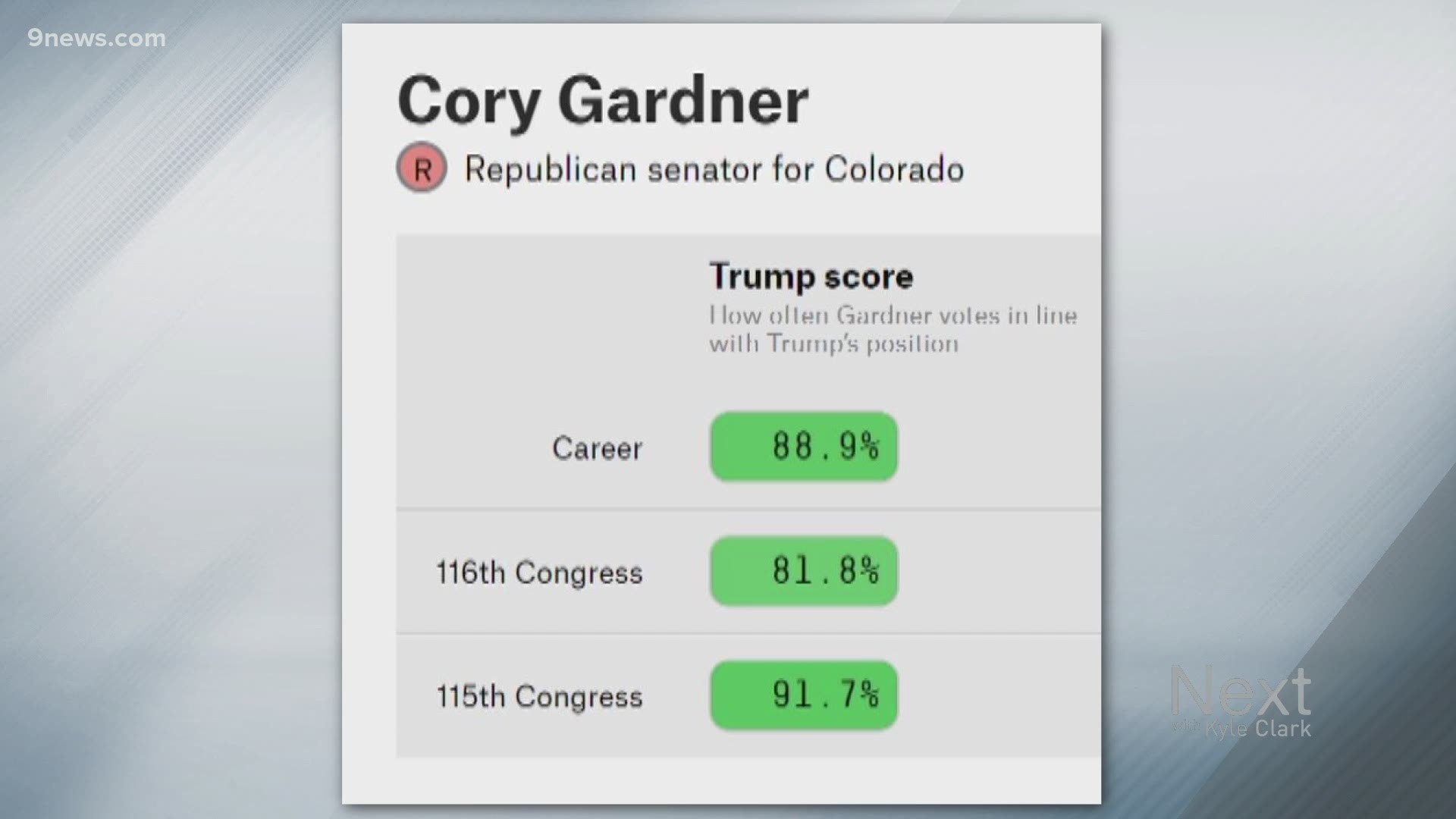 DENVER — Truth Tests are supposed to help clear up confusion, not cause it.

In a previous Truth Test, we referenced that Sen. Cory Gardner (R-Colorado) is listed as the third-most bipartisan senator by The Lugar Center.

RELATED: 9 political ads aired during Next, so here are multiple Truth Tests

In a new ad, there is a claim about his voting record.

AD CLAIM: "Republicans know John Hickenlooper's the one who will beat Cory Gardner, who's voted 98% of the time with Donald Trump."

VERDICT: The number "98%" is close, but this needs additional context about what it means to vote with the president, who doesn't get a vote.

"Usually, the White House will put out a memo saying, 'the president recommends a yes vote or the president recommends a no vote on this bill,' and they'll name that bill specifically, rather than just, 'I think there should be this tax reform,' or 'I think there should be gun reform' or anything like that," said University of Denver Political Science Professor Seth Masket.

Since the start of 2017, the website has tracked the president's support or opposition of specific bills, rules and nominations.

It also tracked how Gardner, and every other senator, voted on those specific issues.

Since the start of 2017 until last March, fivethirtyeight.com shows Gardner with a lifetime score of voting with the president 88.9% of the time.

So how can Gardner be the third most bipartisan Senator and vote with the president nine out of 10 times?

"They're both valid measures, but depending on what you want to look at, he can look fairly bipartisan or fairly partisan at the same time," Masket said.

The Lugar Center, which releases the rankings for bipartisanship, determined that ranking based on a number of factors, but mainly sponsorship and cosponsorship of bills.

"When he cosponsors a Democrat's bill, he might be helping it a little bit, showing it some support that it has across party lines, that can help it pass, but also if it fails, it doesn't really hurt him. It doesn't cost him very much to lose on that," Masket said. "If you actually look at how he votes on actual roll calls on the Senate floor, he looks much more conservative. He actually looks like right in the middle of the Republican Party."

He said the "votes with the president 'x' percent" is also a bit weighted, especially if the senator and president are from the same party.

"This is true of basically any president across party lines, they usually only choose to weigh in on major party priorities, so things that already a lot of people within their party are going to support,"  Masket said. "Even Sen. Mitt Romney (R-Utah), who has a lot of problems with Donald Trump, he still votes with him almost 80% of the time."